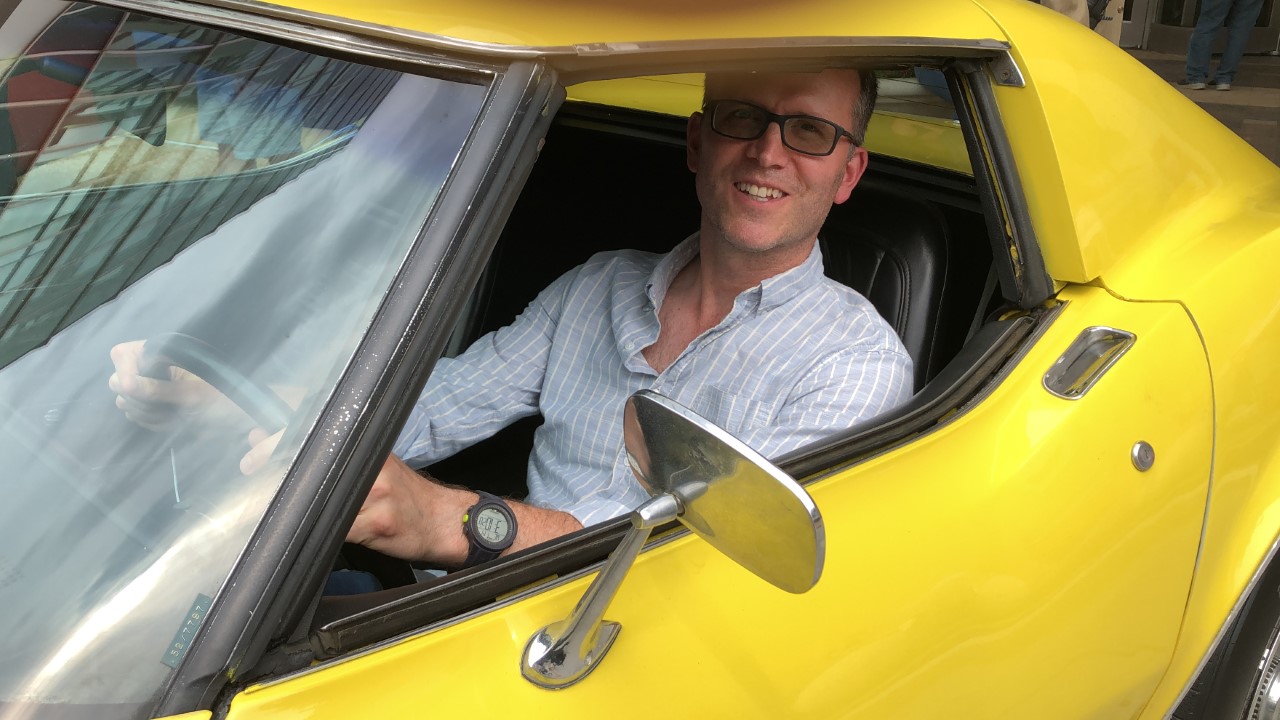 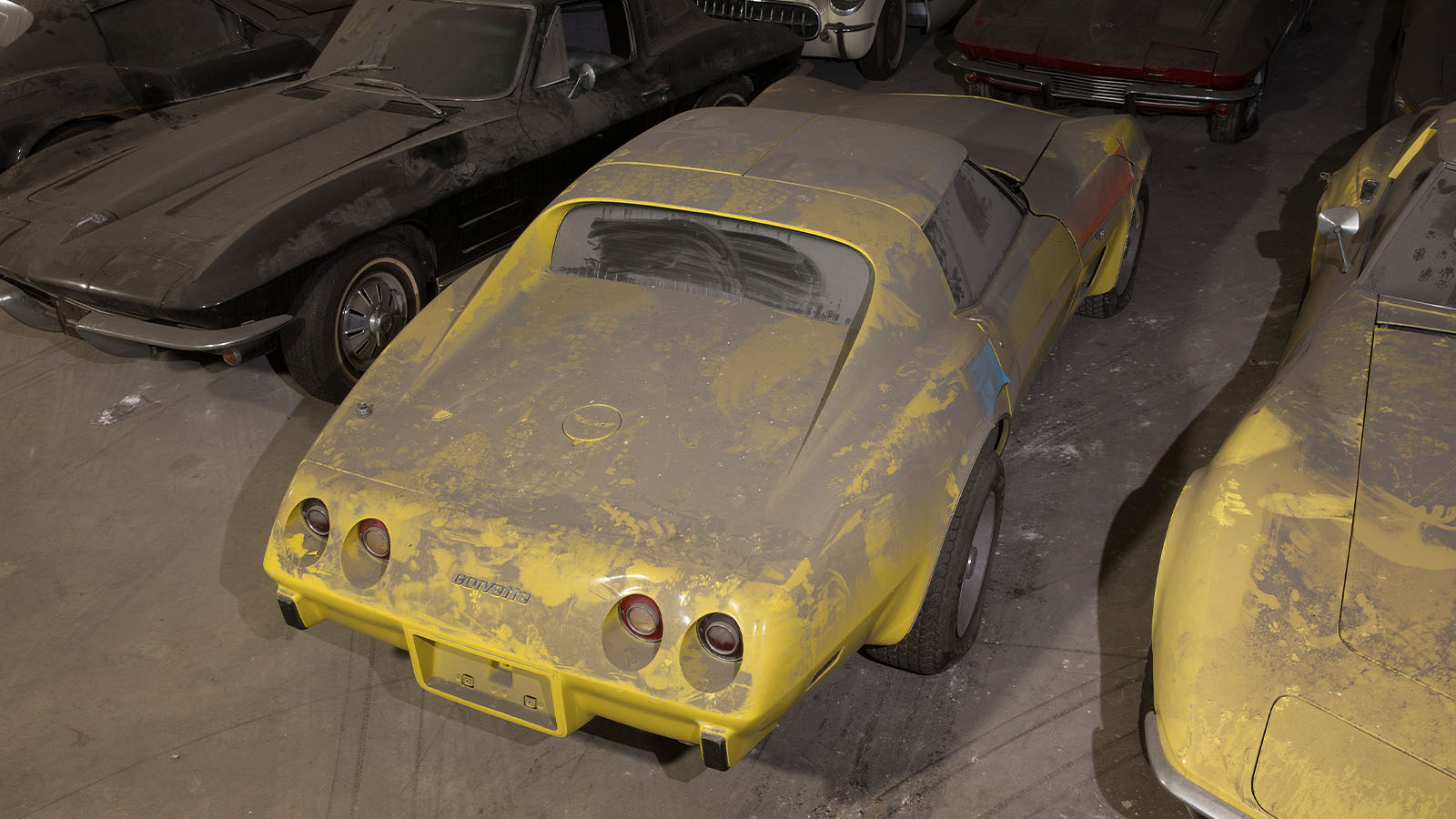 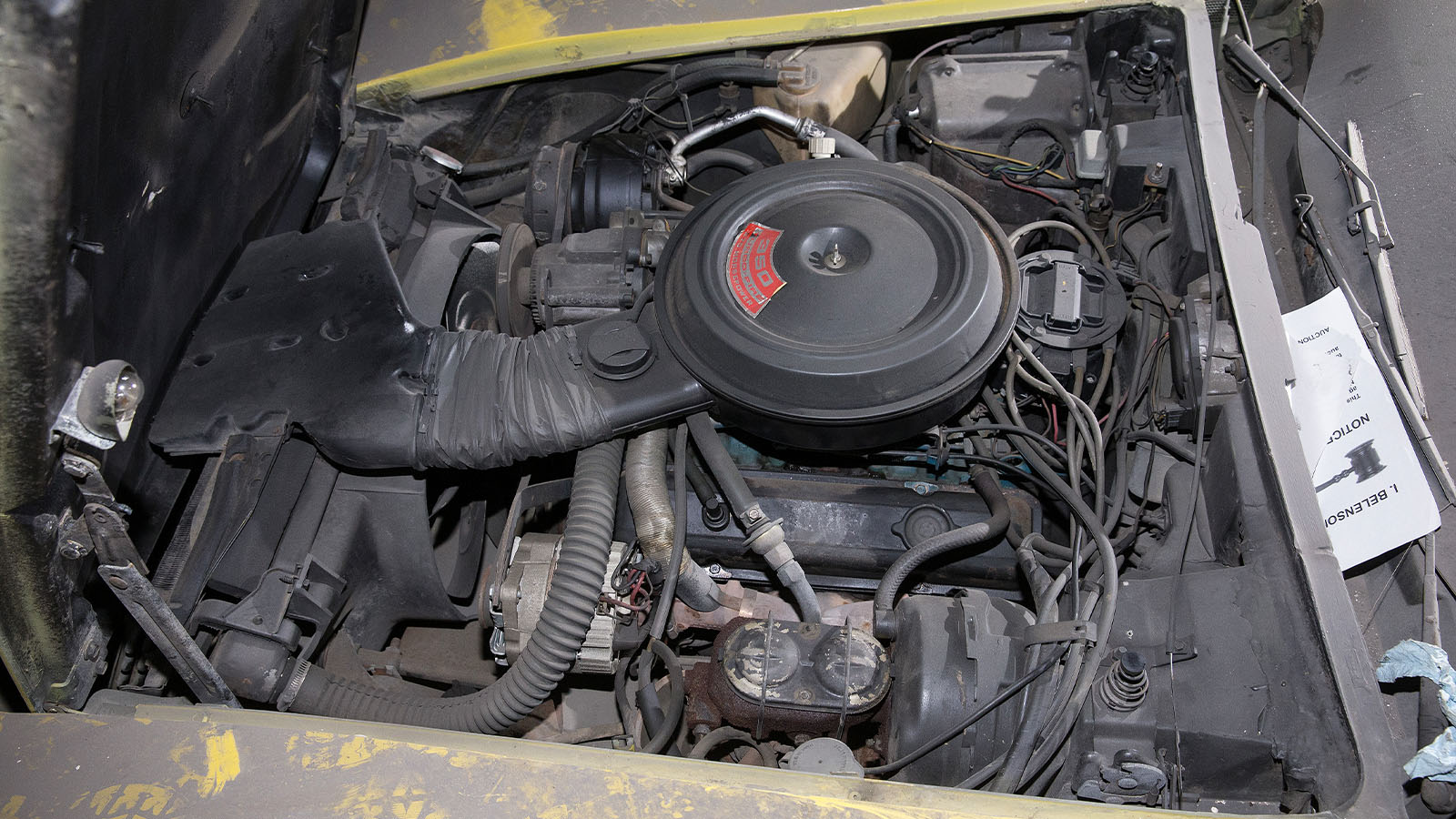 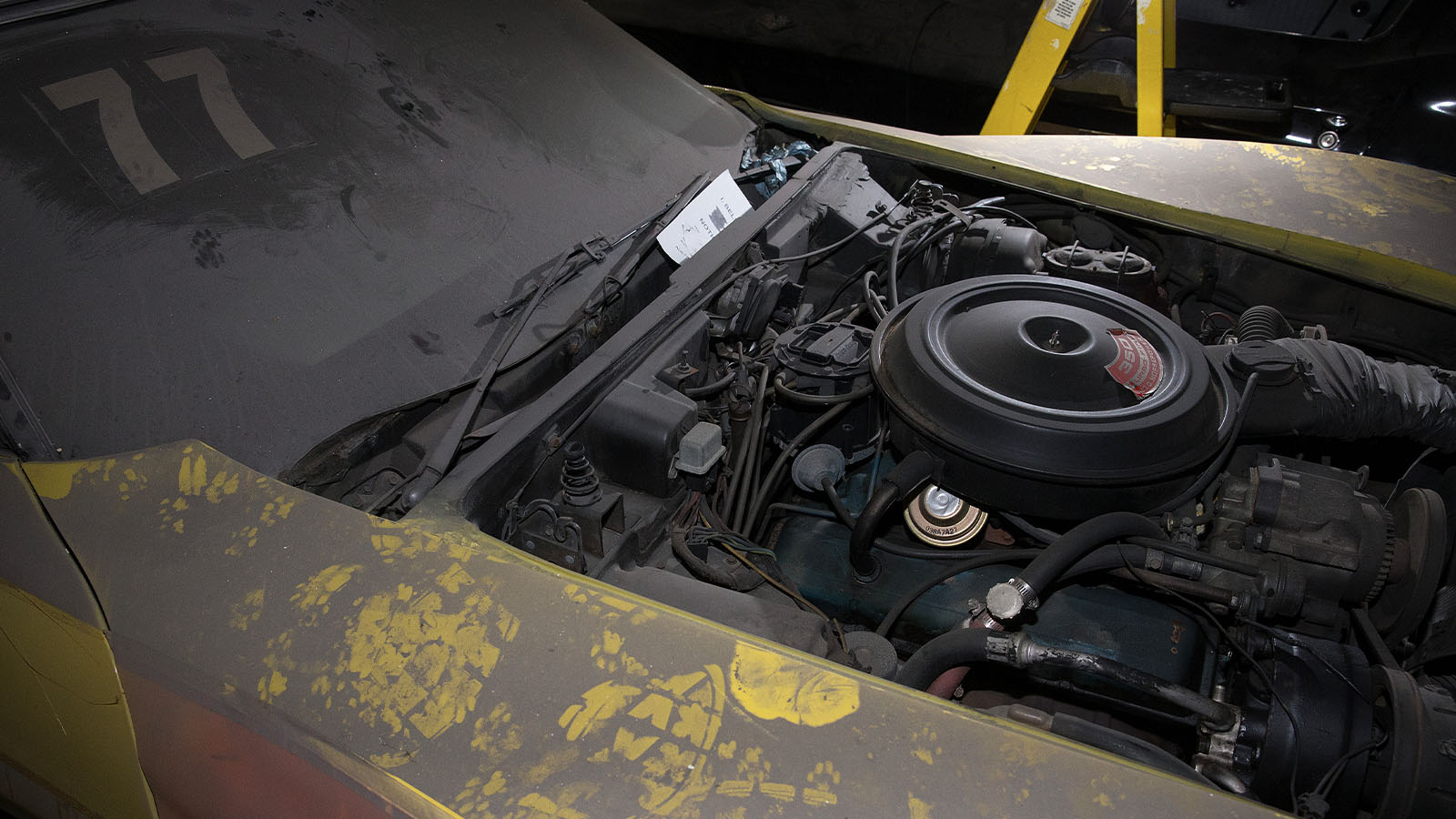 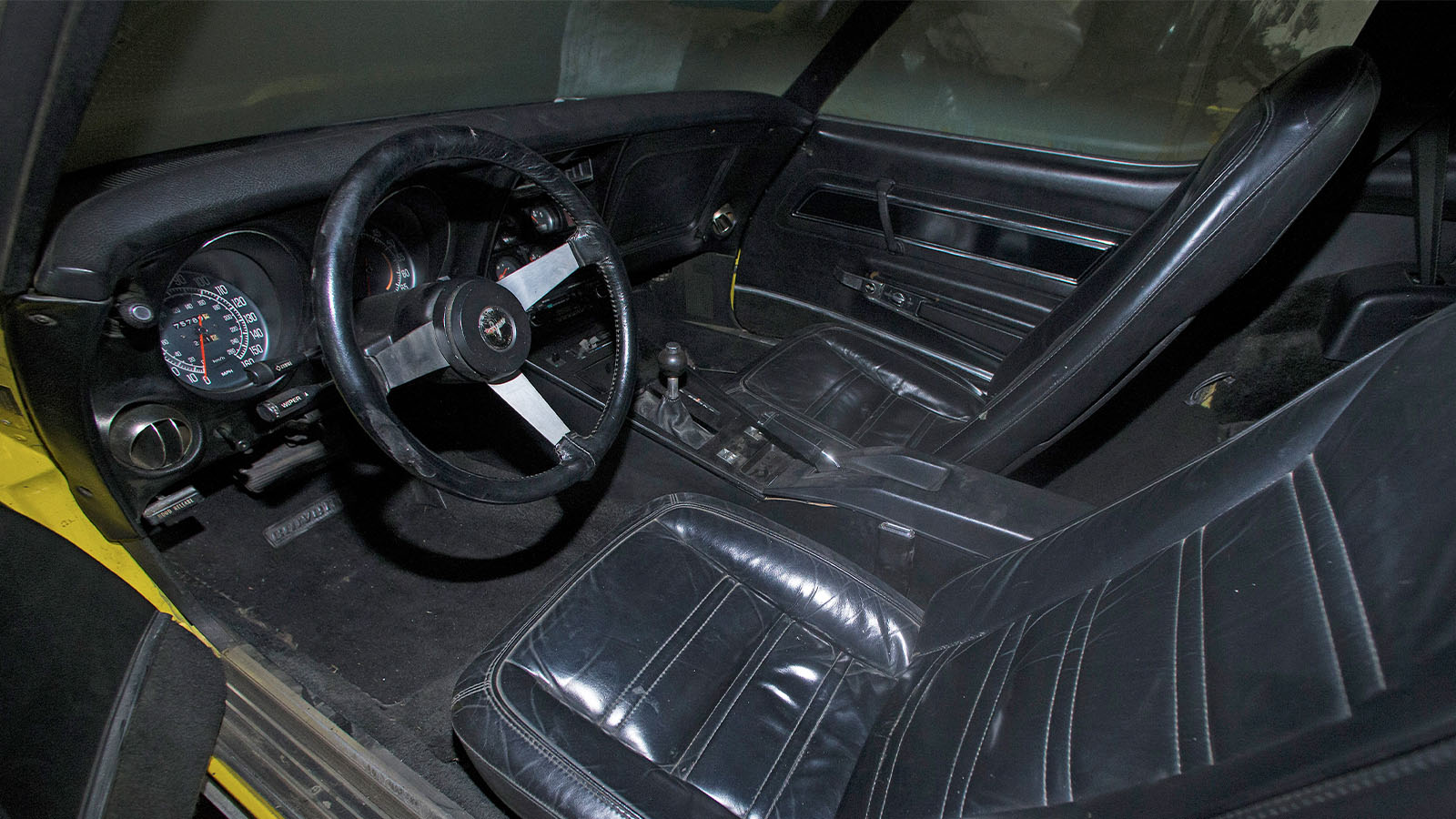 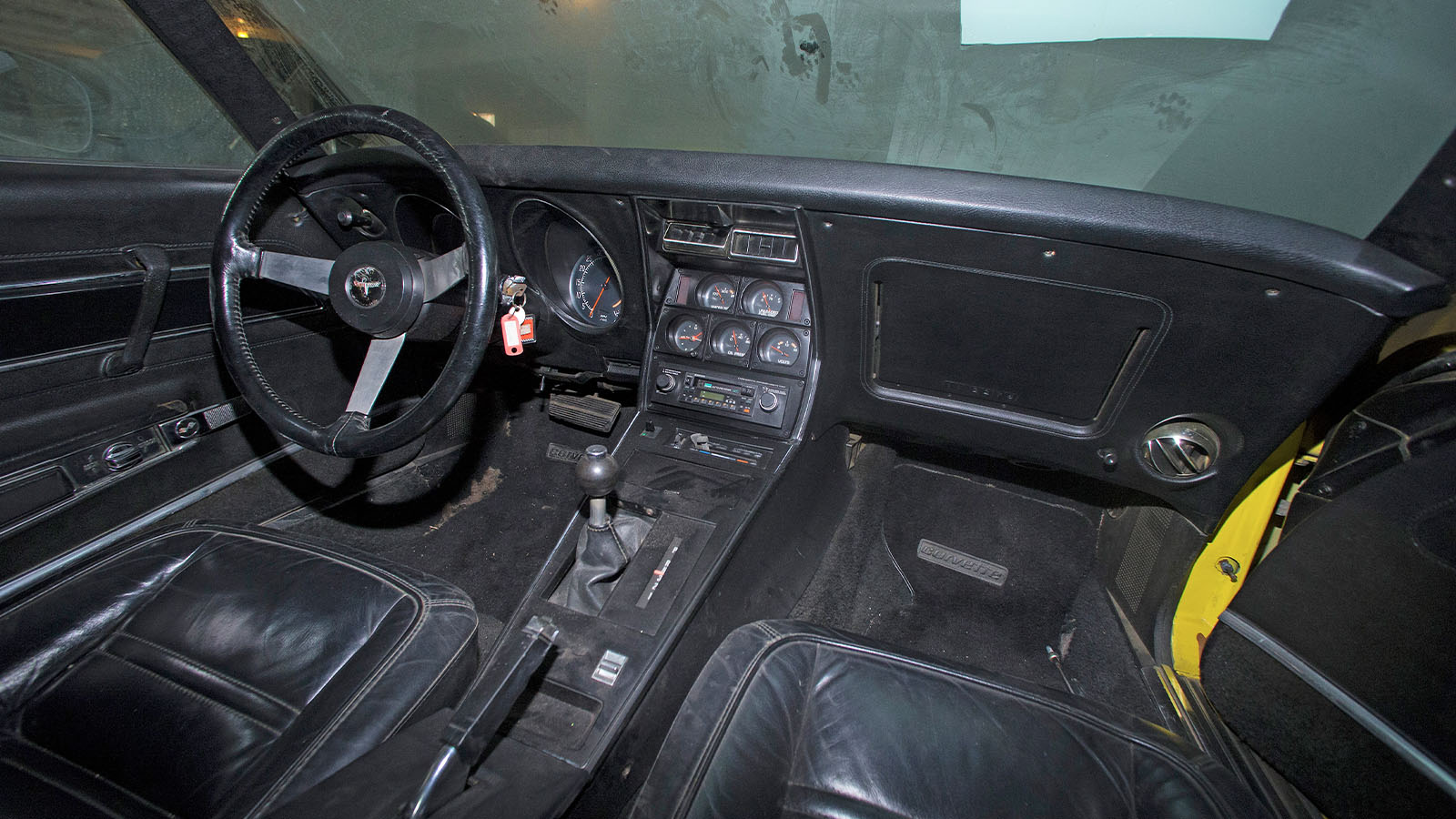 A Corvette milestone was reached during 1977 as Chevrolet built its 500,000th Corvette.

Even though the 1977 Corvette had only a few modifications from the previous year, it did set another new sales record at 49,213 units. Some of the changes included the introduction of a reworked luggage and roof panel rack that could be used to transport the car’s T-tops, emblems appeared, auxiliary gauges were re-styled and the ammeter was replaced with a voltmeter, a new three-spoke leather-wrapped unit, optional tilt-telescopic steering column, and leather seats were available at no additional cost for the first time.

One of the biggest symbolic changes though, was the removal of the Stingray name from the Corvette’s front fenders, as it was replaced by Corvette’s traditional crossed-flags insignia.

The standard powertrain for the 1977 Corvette was the same, a 180 horse, 350 cubic-inch, small-block Chevy L48 engine mated to a 4-speed, wide-ratio manual transmission. You could also order an optional 210 horse L82 engine or a 3-speed Turbo Hydra-Matic automatic transmission too. Interestingly, the 1977 Corvette featured two shades of engines based on when the engines were produced. Early production engines were “Chevy Orange”, while later production engines were blue.

In 1977 because of the addition of so many standard comfort and convenience features, the sticker price began at $8,647.65 for the coupe. Despite this, the 1977 Corvette had 49,213 produced.

Road & Track Magazine tested a 1977 Corvette with the L82 and had the fastest speed recorded through their slalom test, 63.6 mph, as compared to a Porsche Turbo Carrera at 62.8. But probably even more important than that was recording a 6.8 sec 0-to-60 mph time too.

The Road & Track Magazine writers said, “We have to say it again, this is still the best all-around value in the sports car market today.” Enough said.