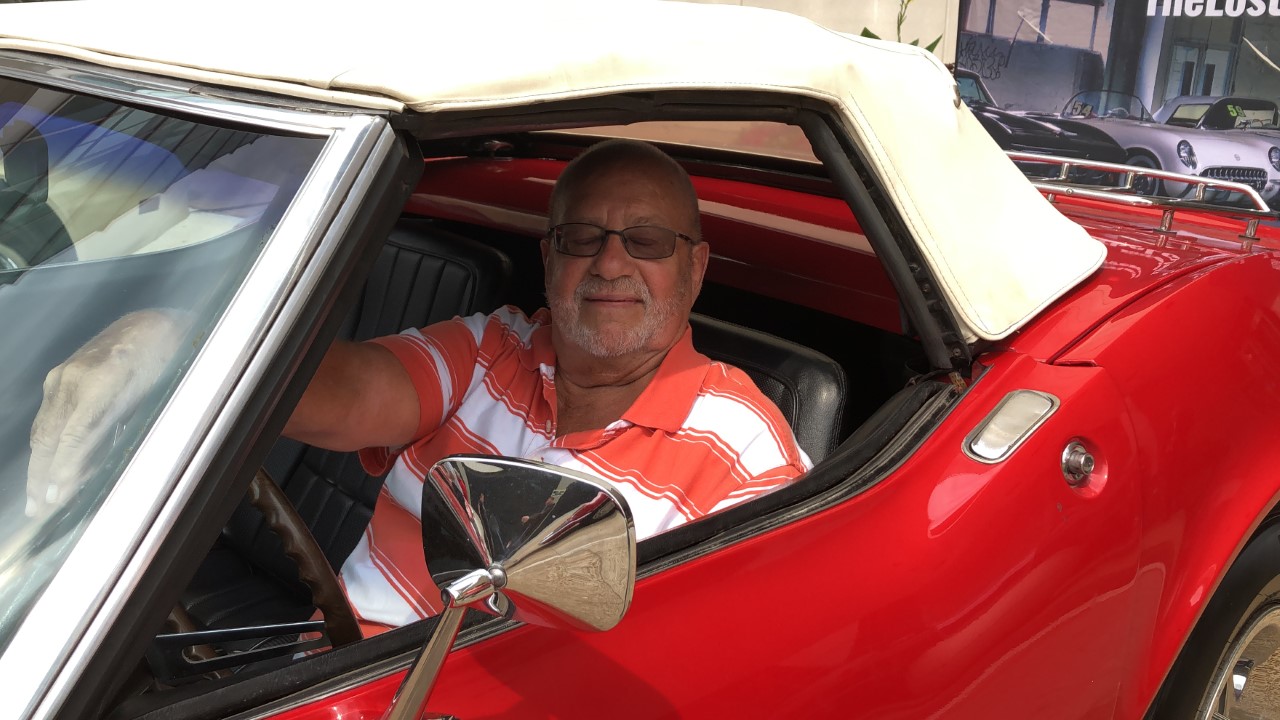 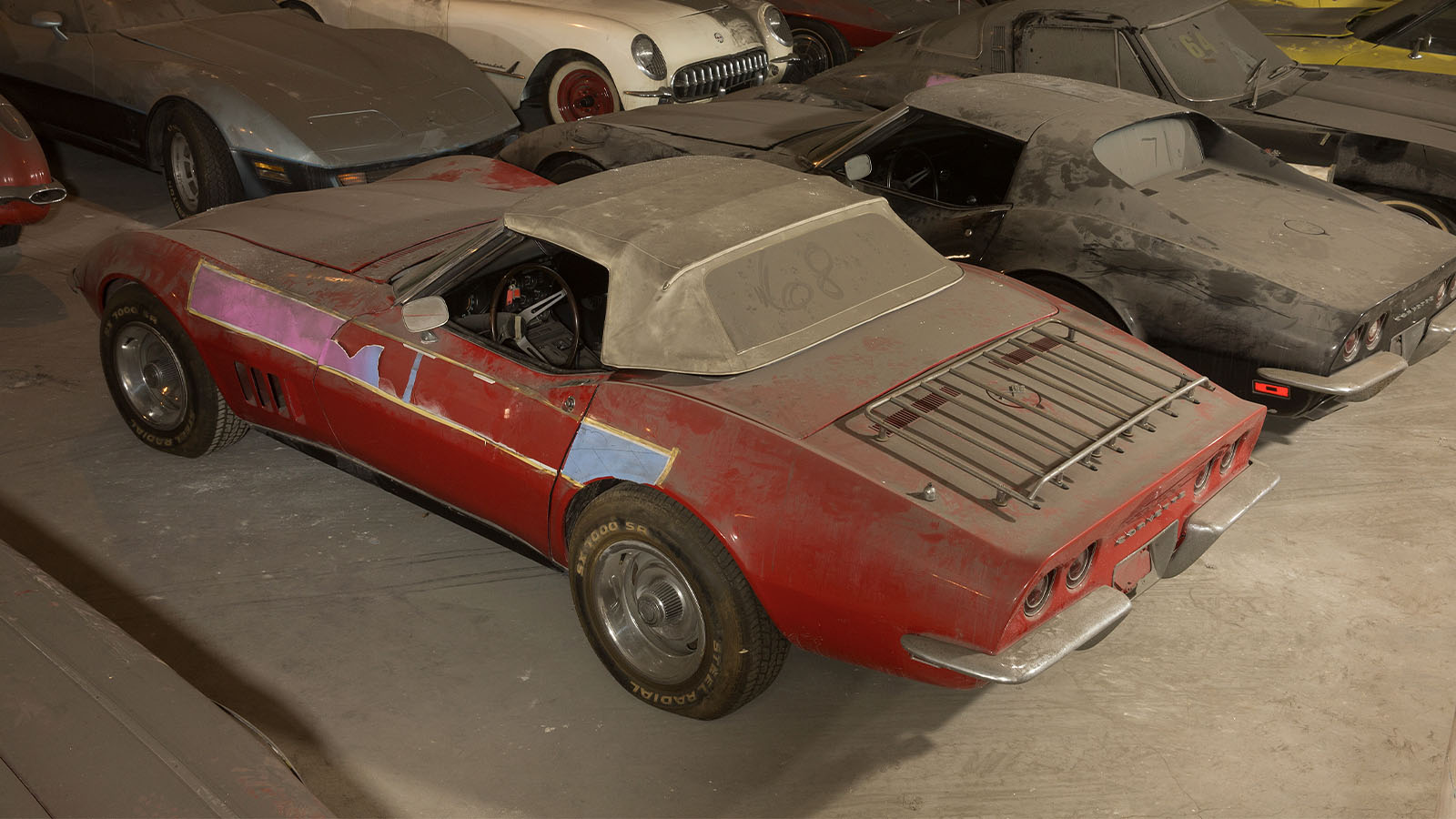 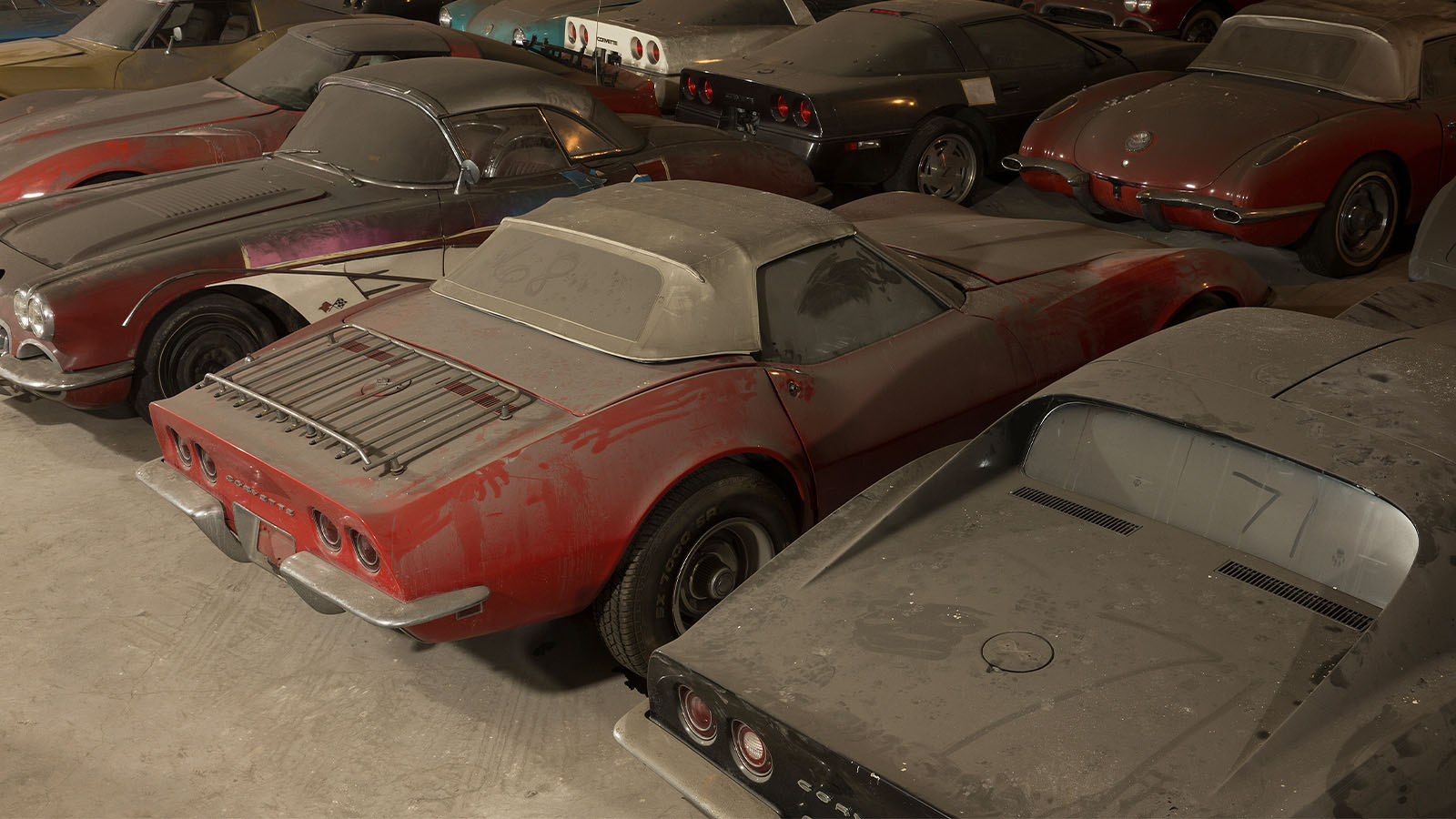 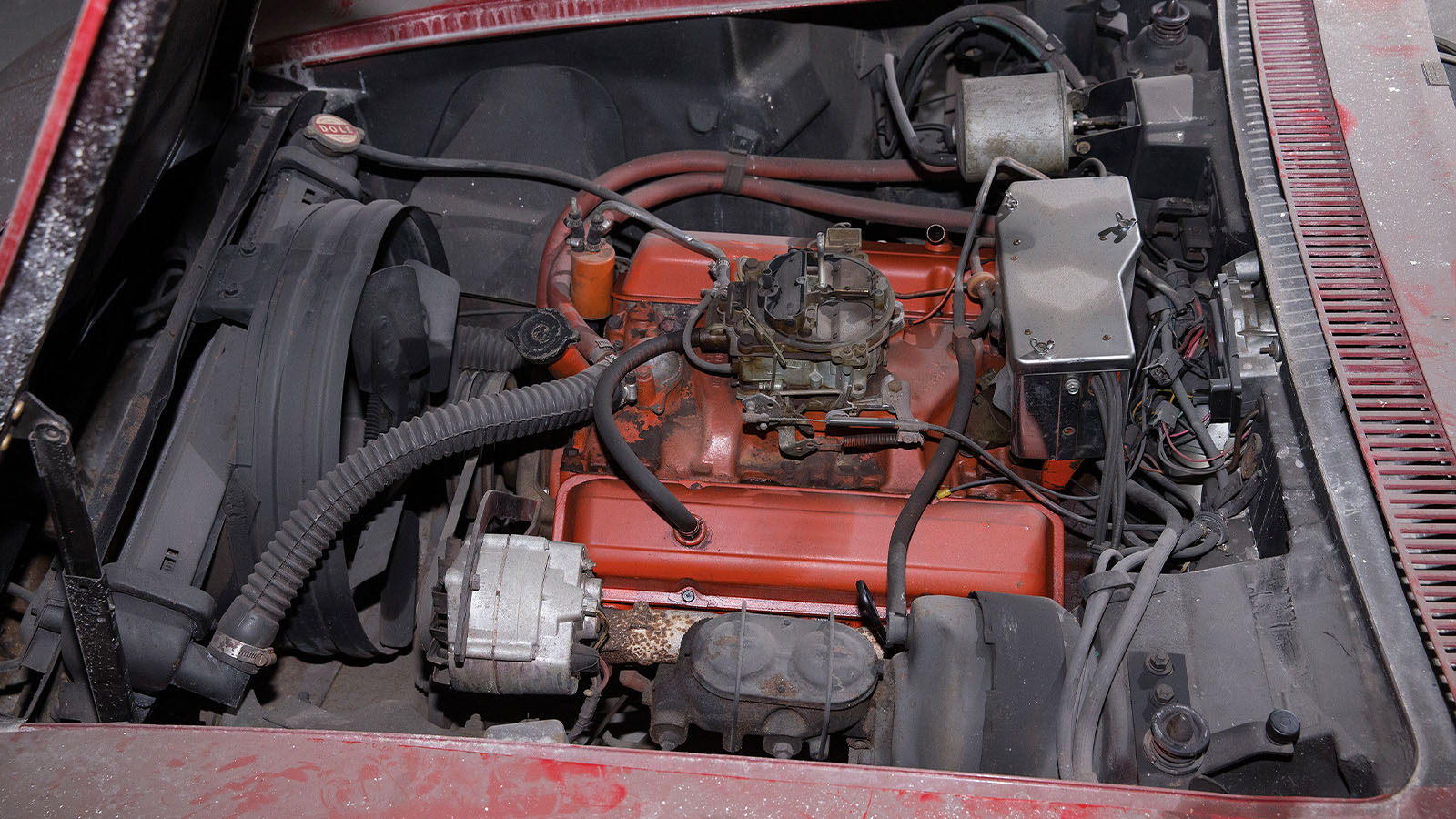 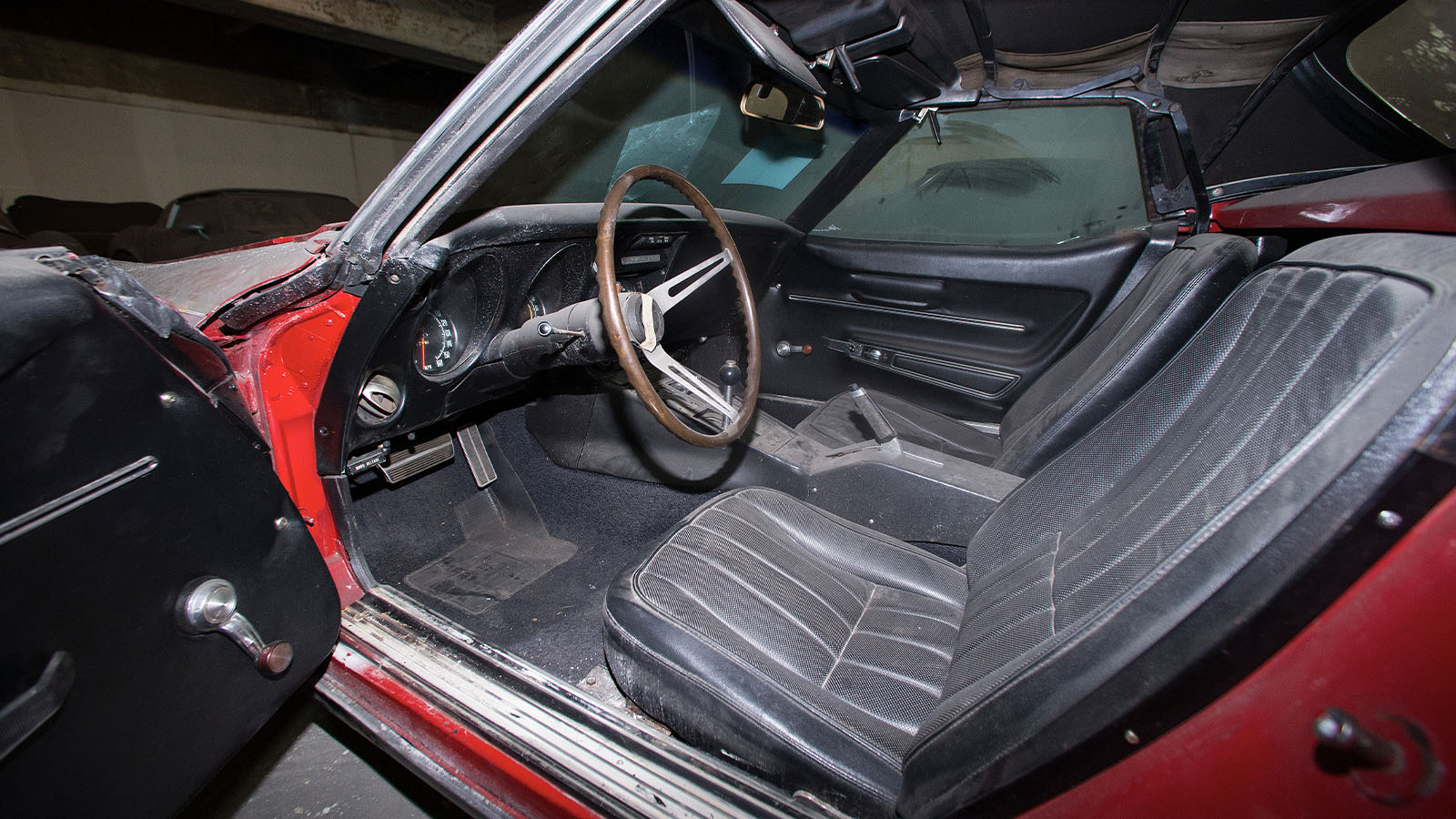 When the all brand new designed 1968 Chevrolet Corvette was released, Chevrolet’s advertising proclaimed “Corvette 1968… all different all over!” The 1968 Corvette underwent a complete body redesign that was very reminiscent of the "Mako Shark II" show model that was displayed at the New York Auto Show in April of 1965.

This concept designed by Bill Mitchell and Larry Shinoda, a Japanese-American who had worked as a detail designer on the original Stingray materialized led to the 1968 Corvette body that had a newer curvaceous exterior, a long, slinky, aerodynamic design with a spoiler in the back, functional louvers in the side, and wraparound front and rear bumpers.

The coupe now had removable T-tops and a removable back window and owners could now pick from top options on the Corvette, either a soft convertible top, removable hardtop, or pick either one as standard, or order them both together.

Standard engines in both the Coupe and Corvette Convertible were again the 300-horse Turbo-Fire 327 cubic inch V8 with a fully synchronized 3-speed transmission. Four other engines were available, the L79 350 horse high performance version of the 327 cubic inch small block, the L36 390 horse with a Rochester 4-barrel carburetor, the L68 400 horse with a Holley triple 2-barrel carb set up, the L71 435 horse also with a tri-power, the L89 same as the L71 engine but with much lighter aluminum cylinder heads, and the L88 engine that Chevrolet designed strictly for off-road use (racing), with 430 horse (really about 550 horse) that featured a huge 4-barrel Holley carb, aluminum heads, a unique air induction system, and an ultra-high compression ratio of 12.5:1.

All small block cars had low-profile hoods. All big block cars had domed hoods for additional engine clearance with twin simulated vents and “427” emblems on either side of the dome.

The 1968 Corvette had some industry first and new designs like as the it was the first American production car to use disc brakes at all four wheels, it had air flow through the body with full door windows closed, thanks to the new Astro Ventilation system with vent ports in the driver and passenger sides of the instrument panel, a fiber-optic system appeared on the console that monitored exterior lights and there was no glove box.