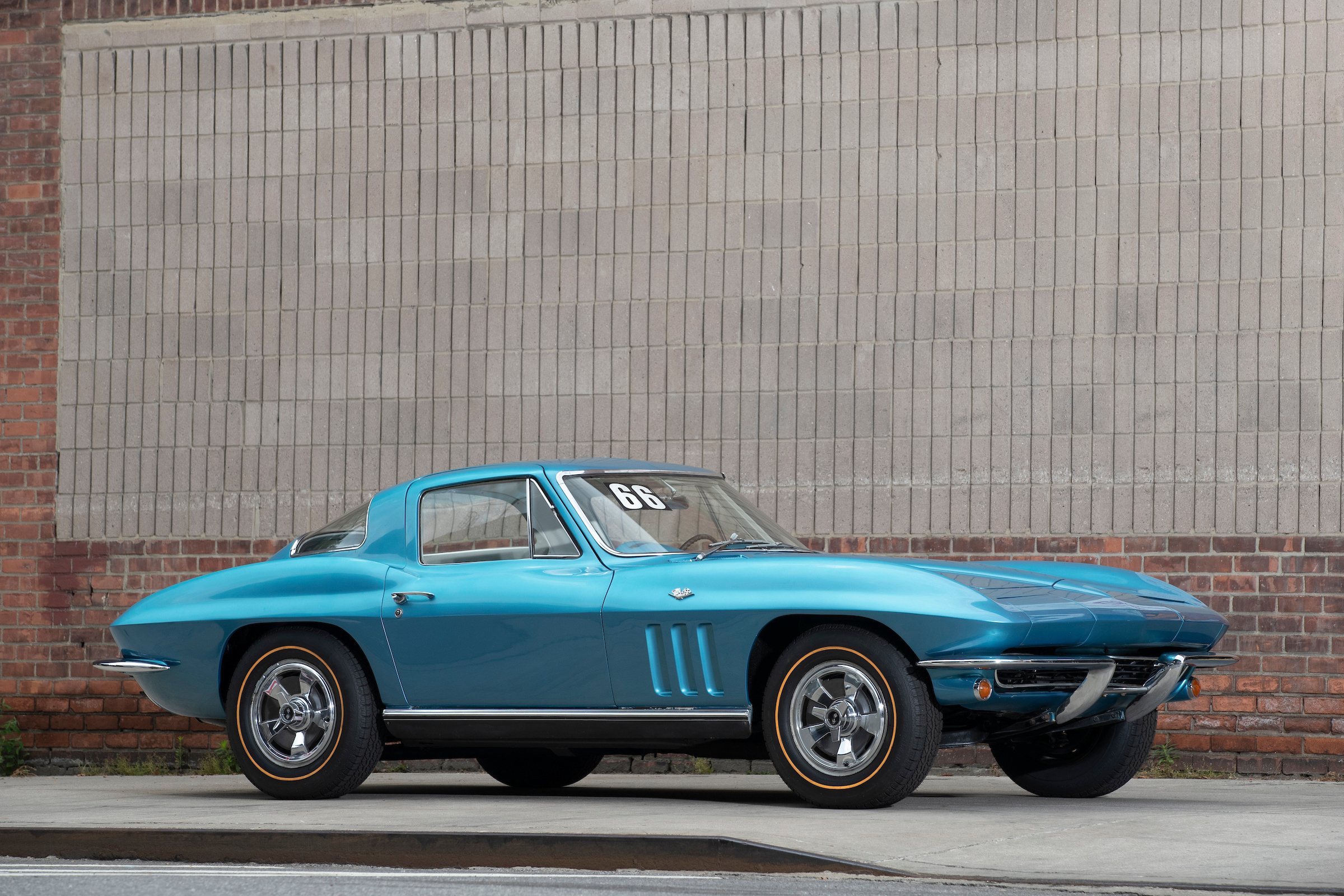 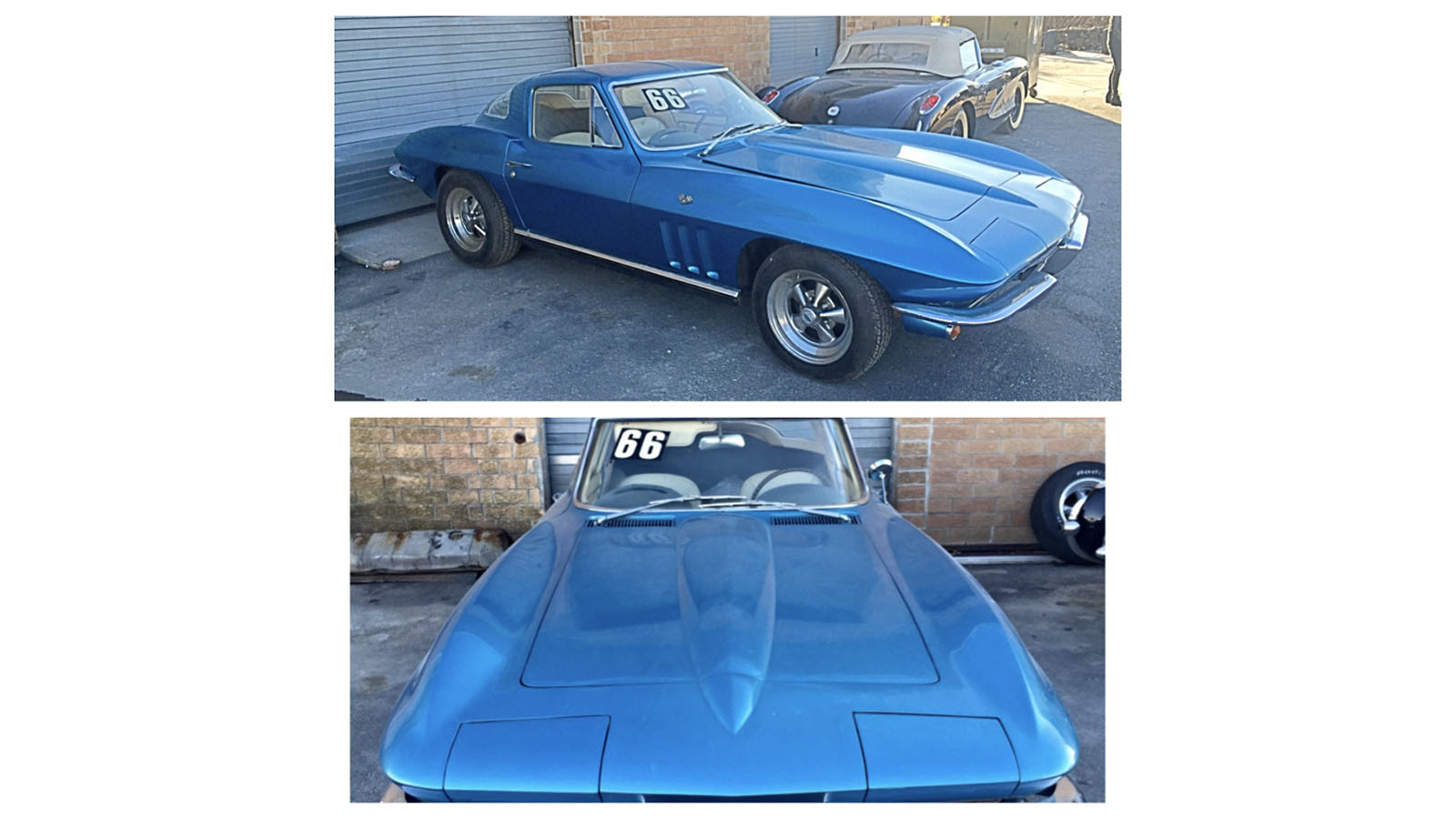 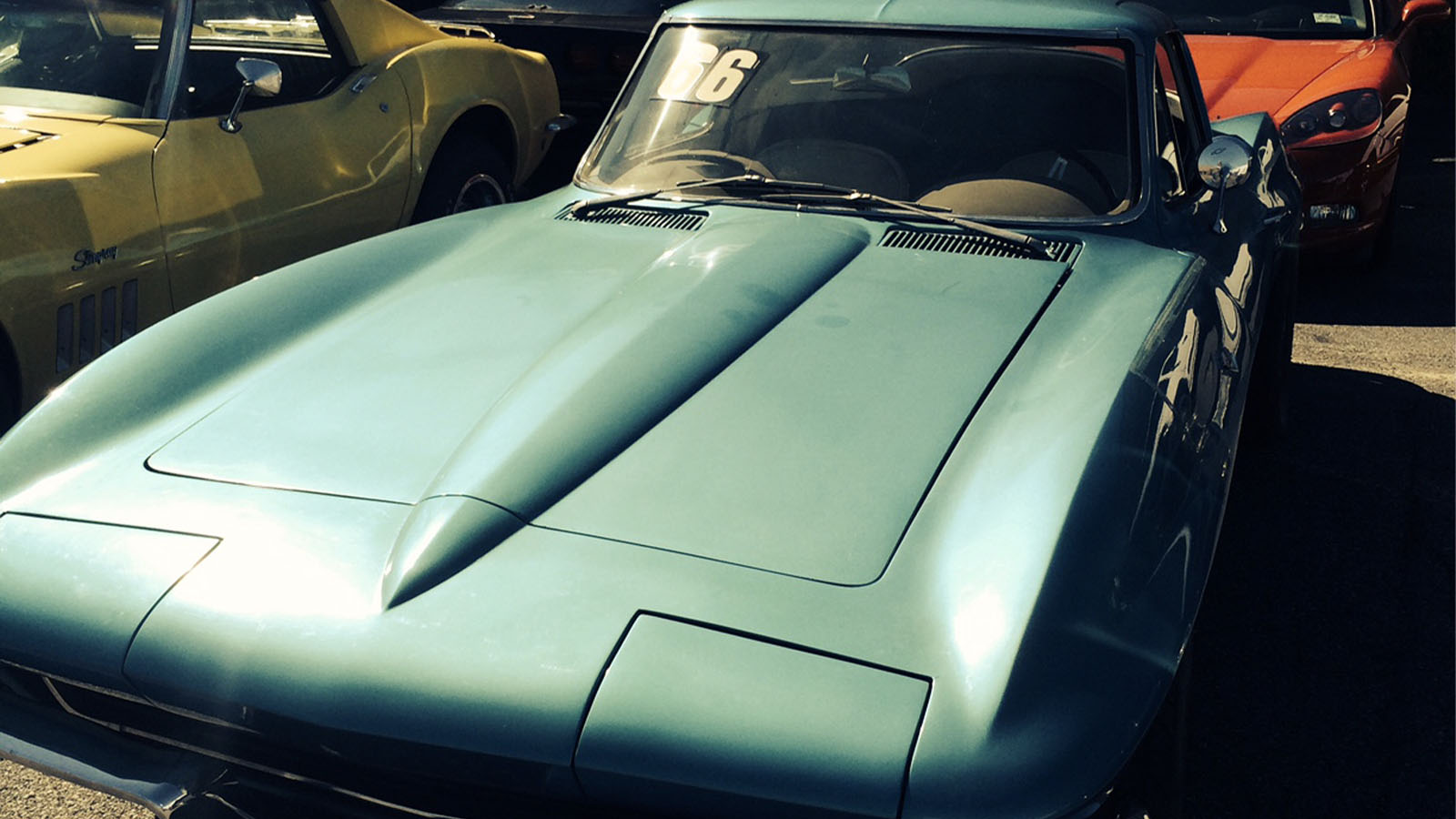 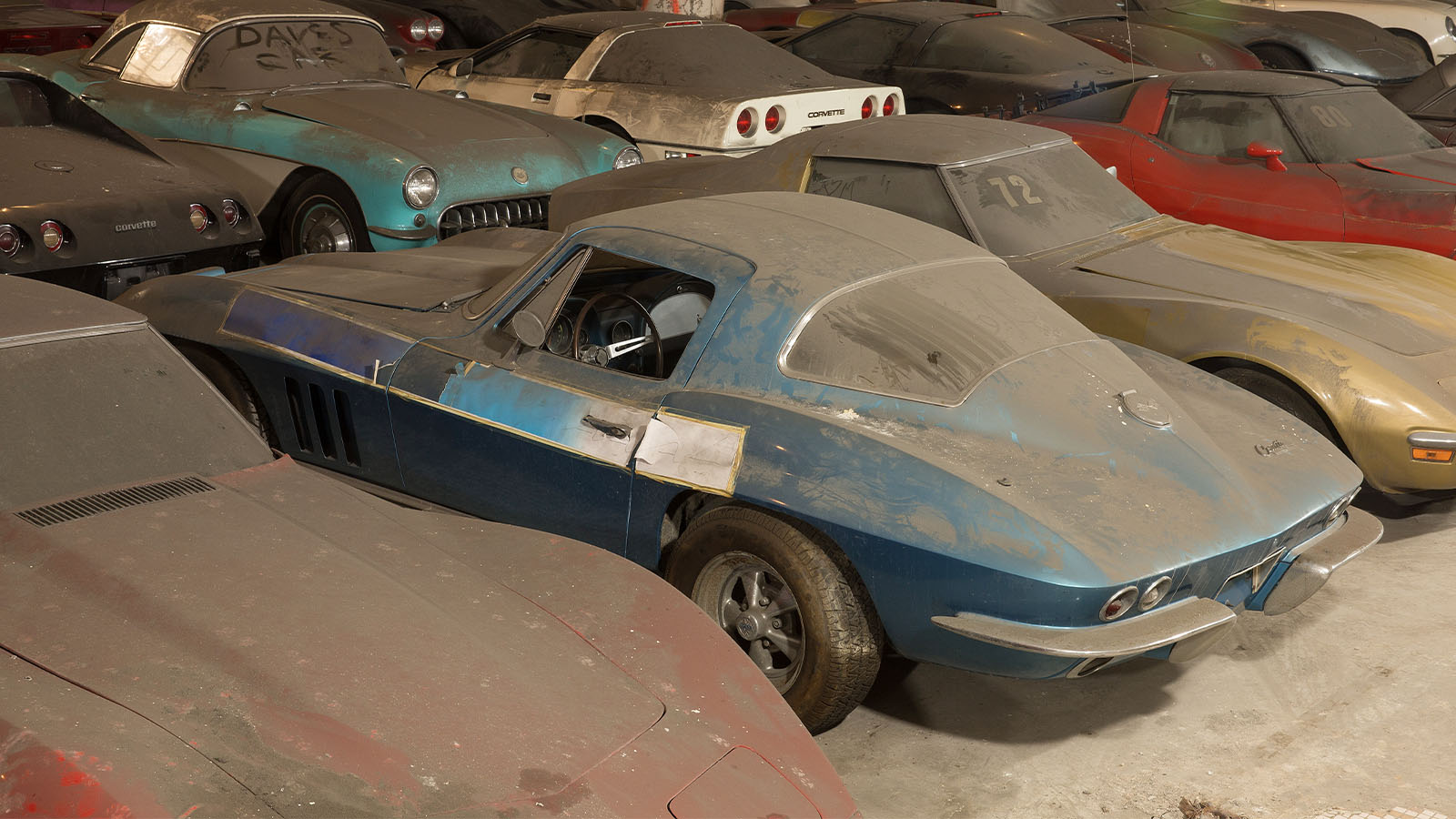 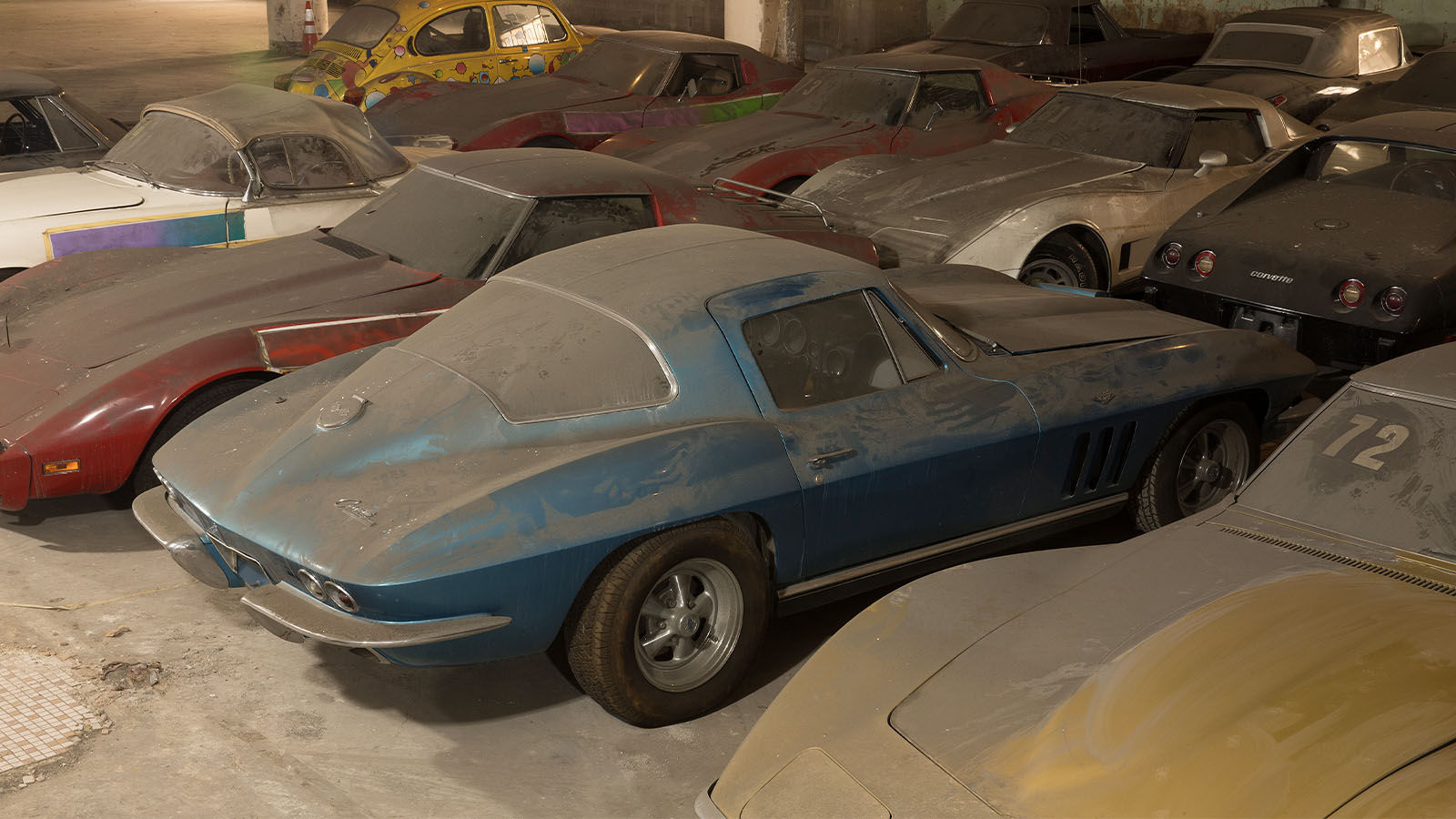 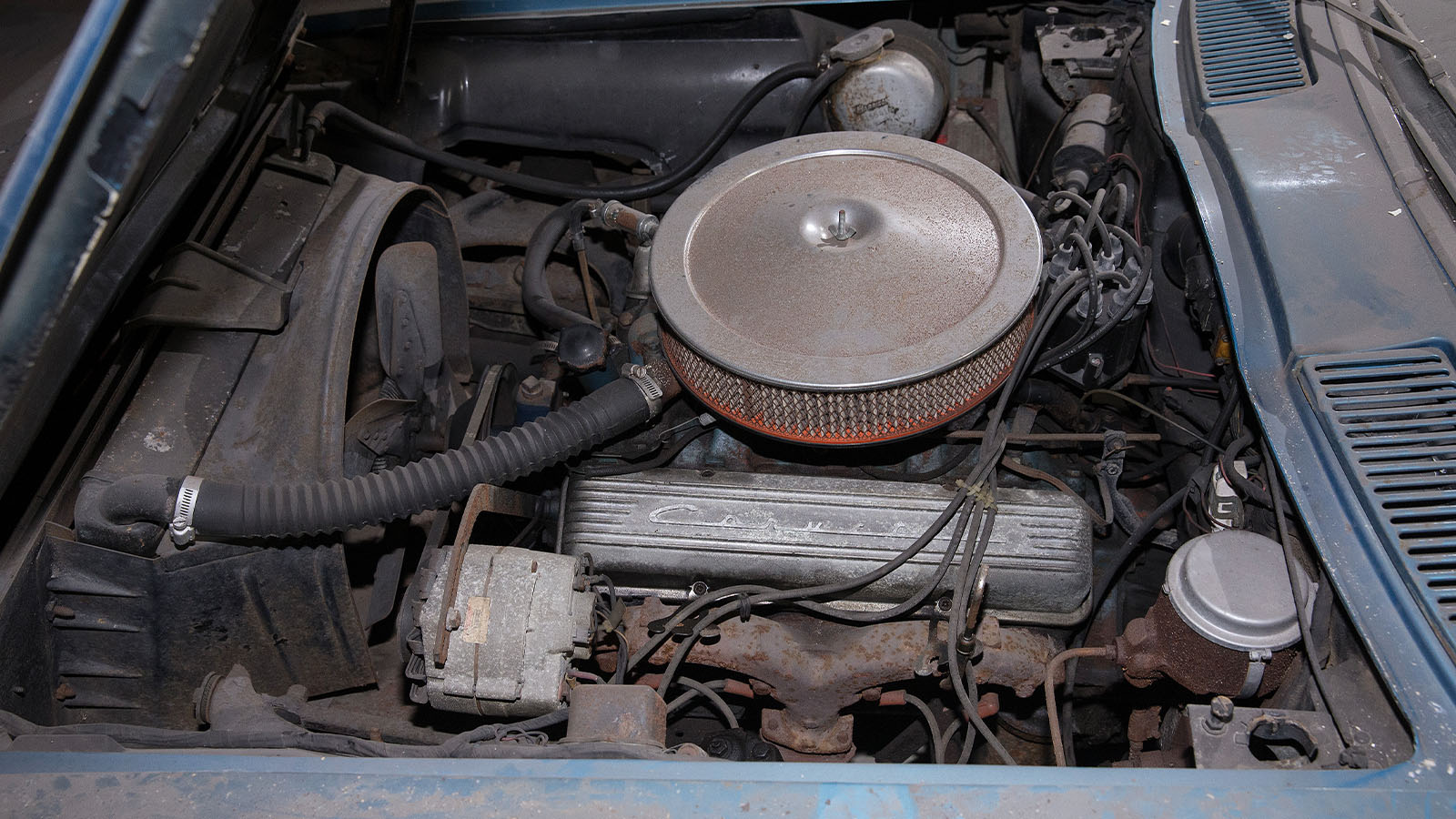 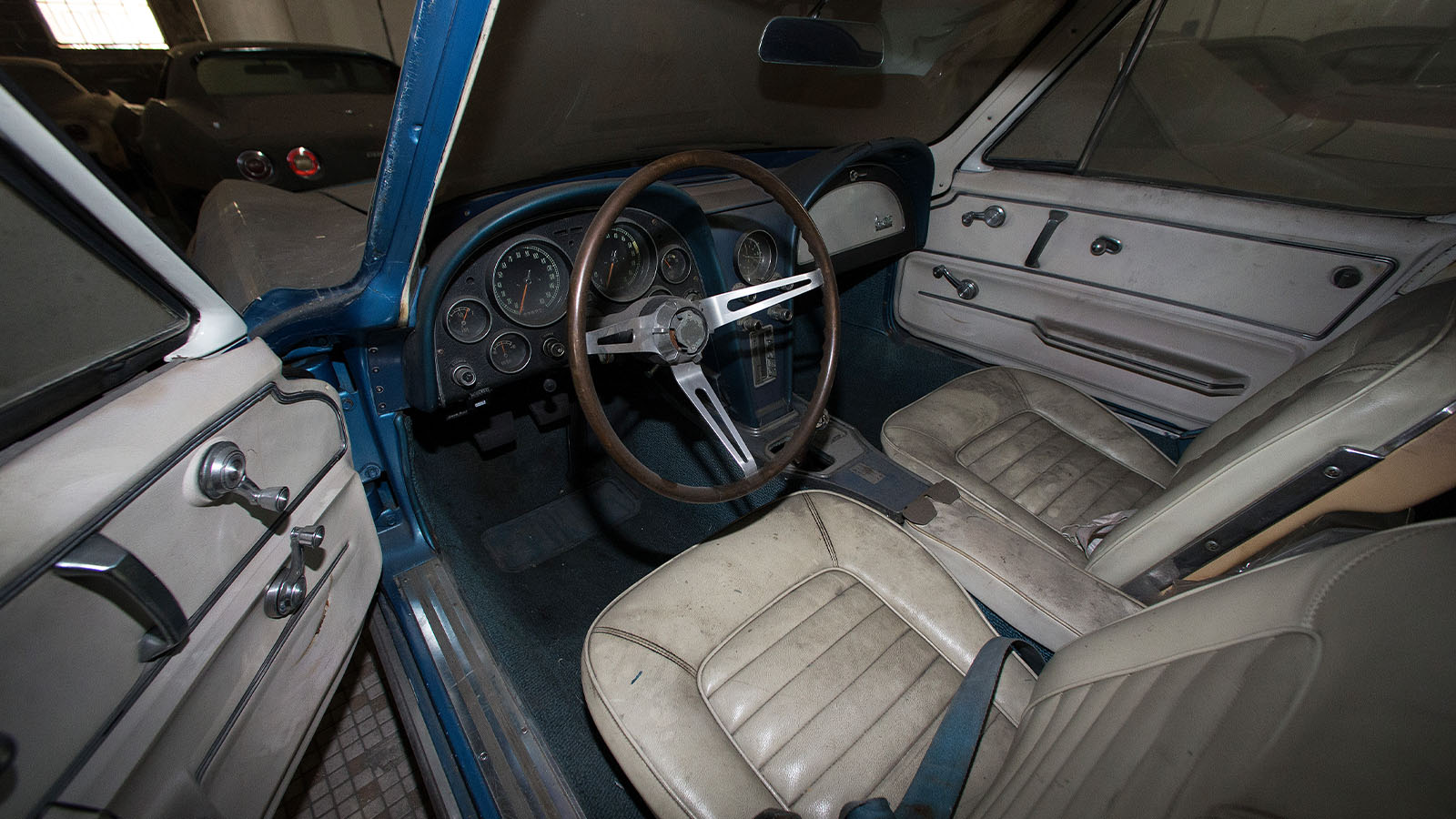 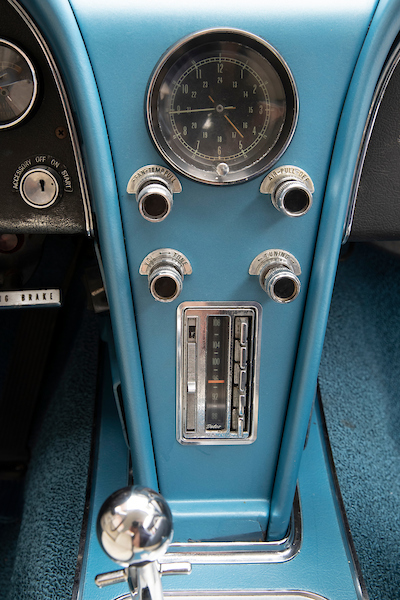 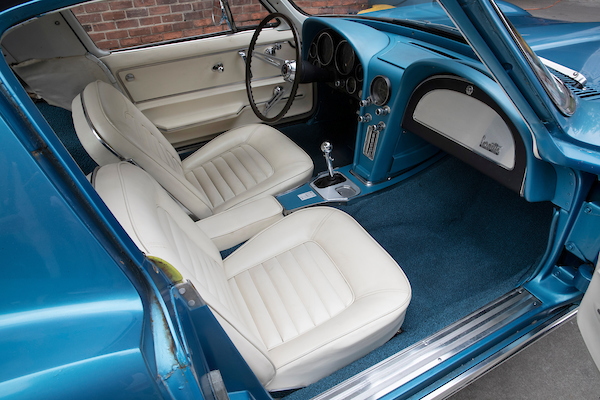 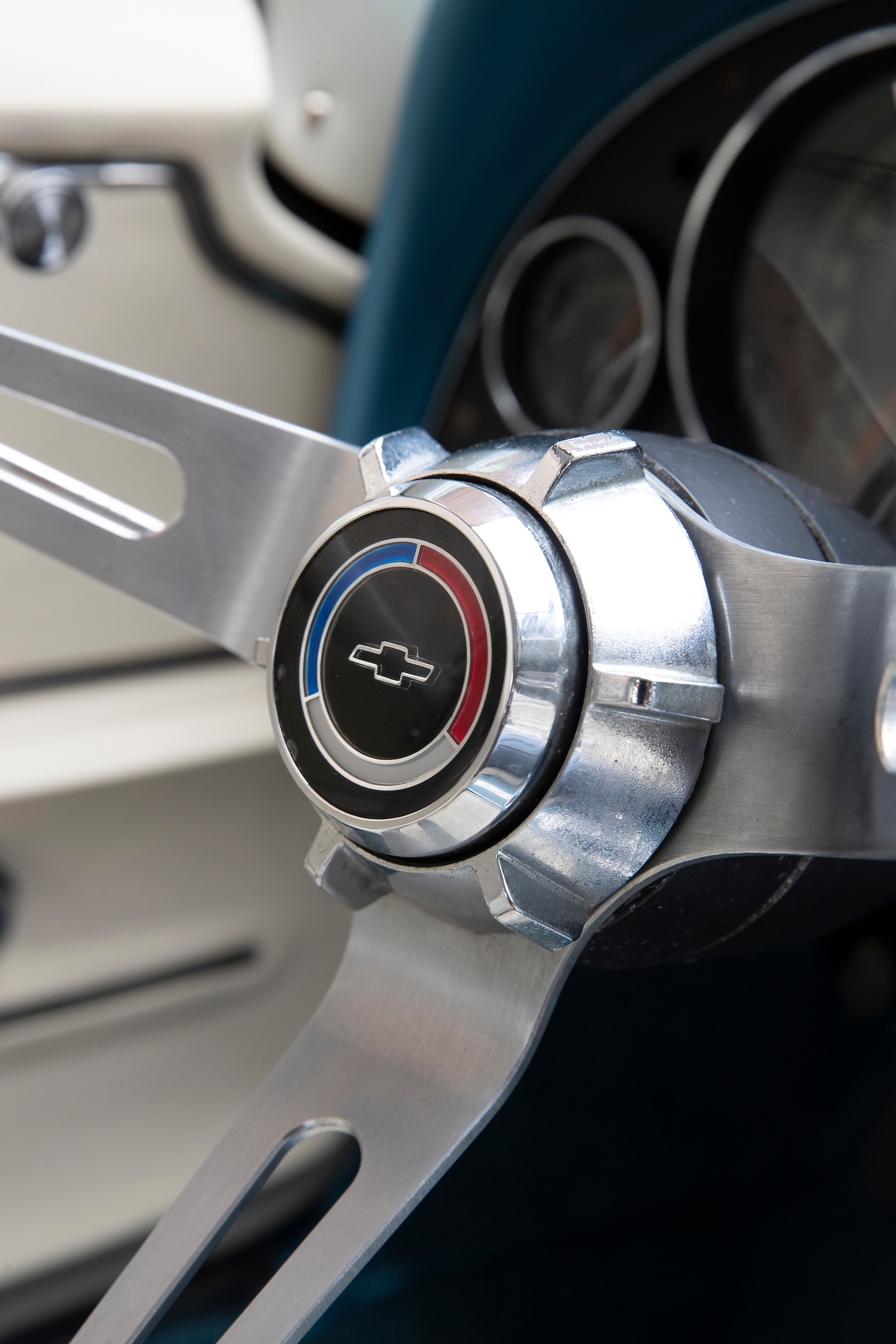 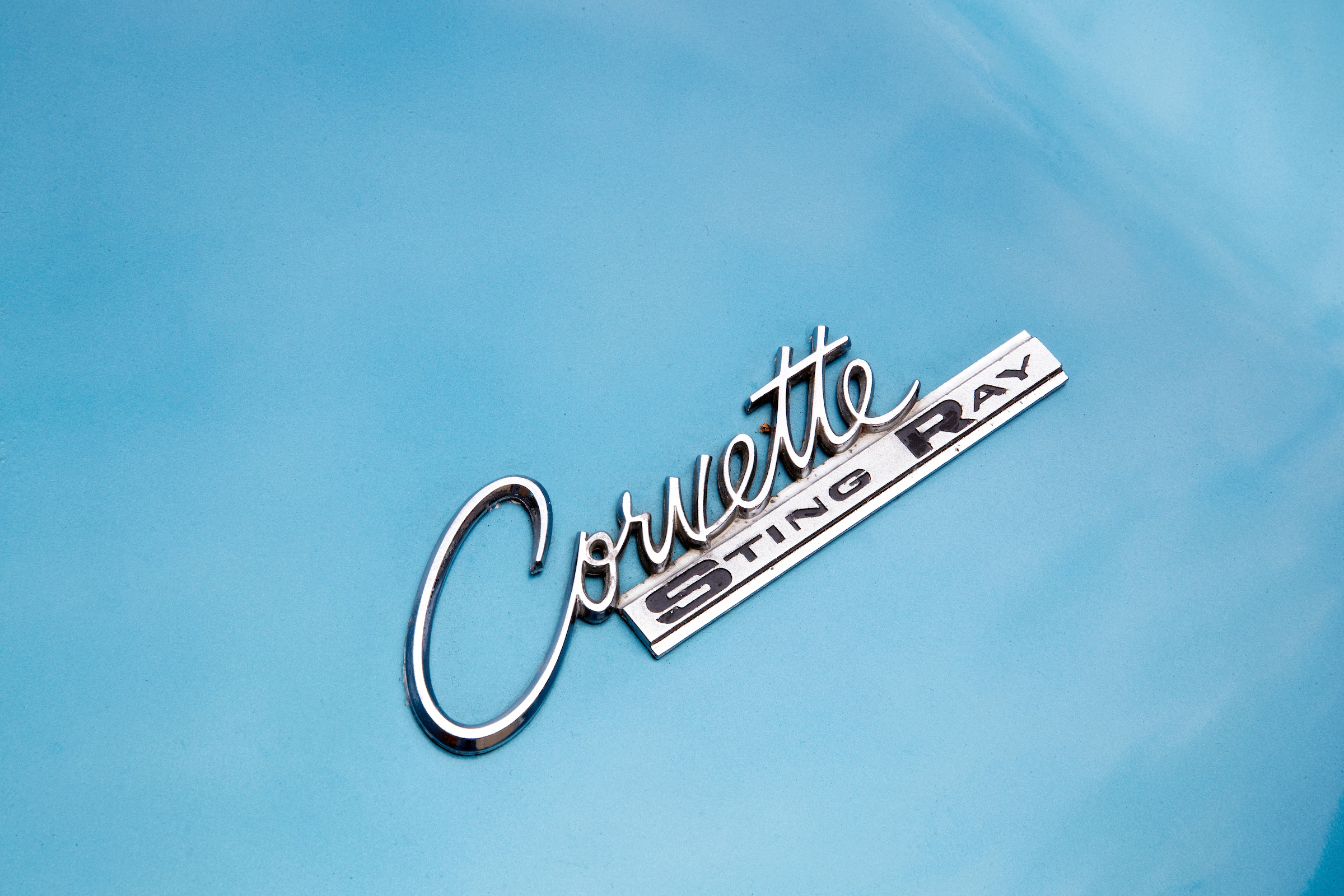 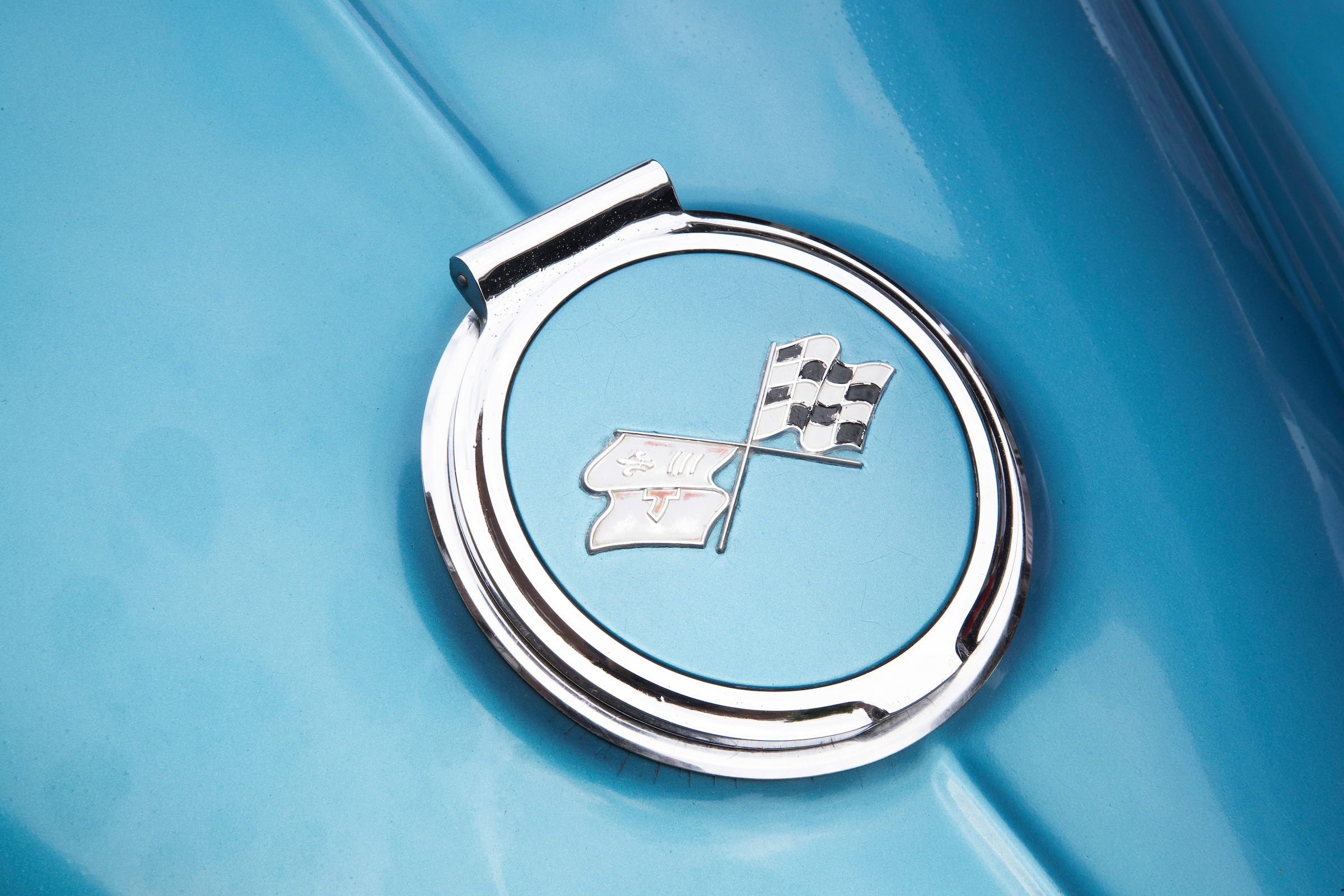 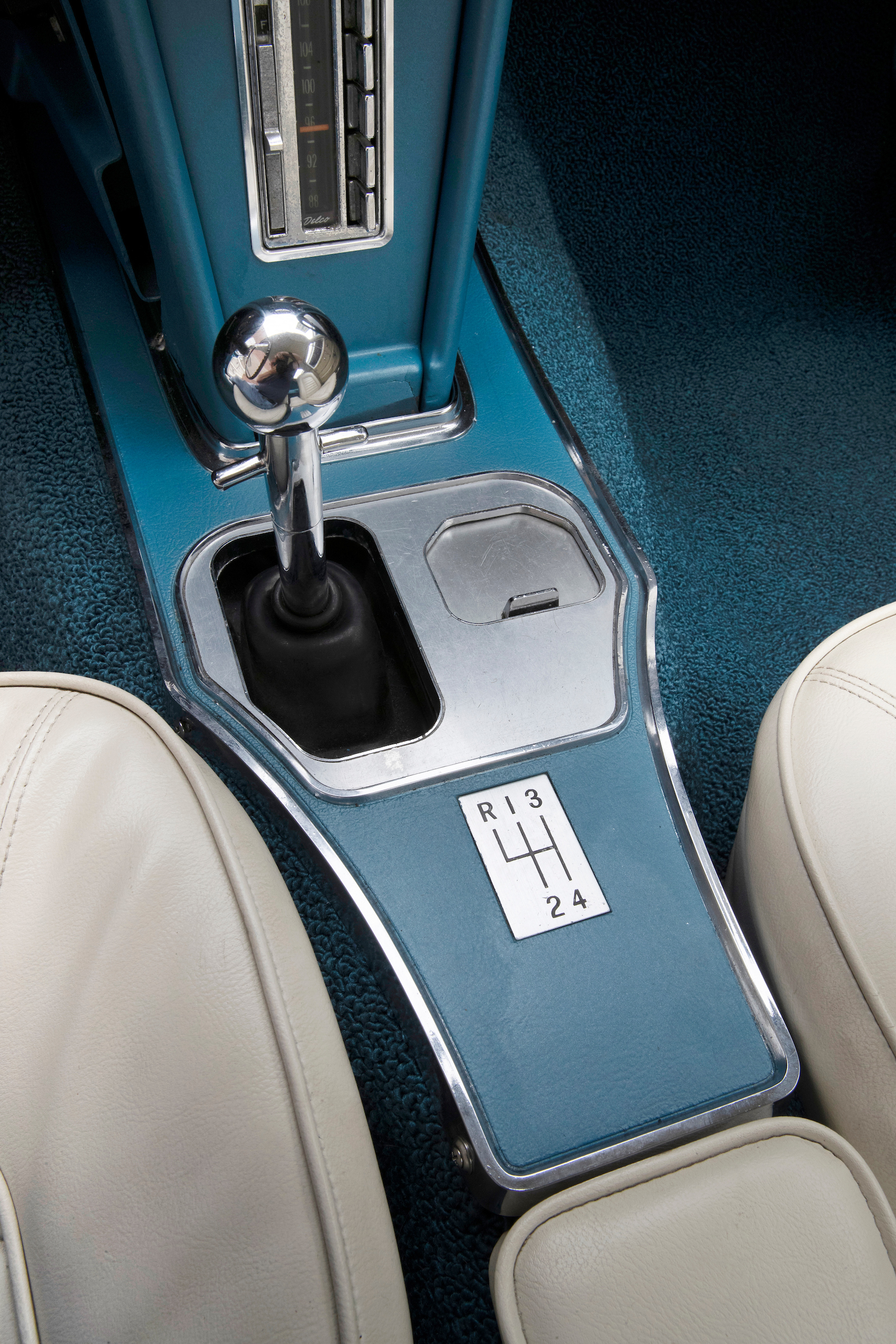 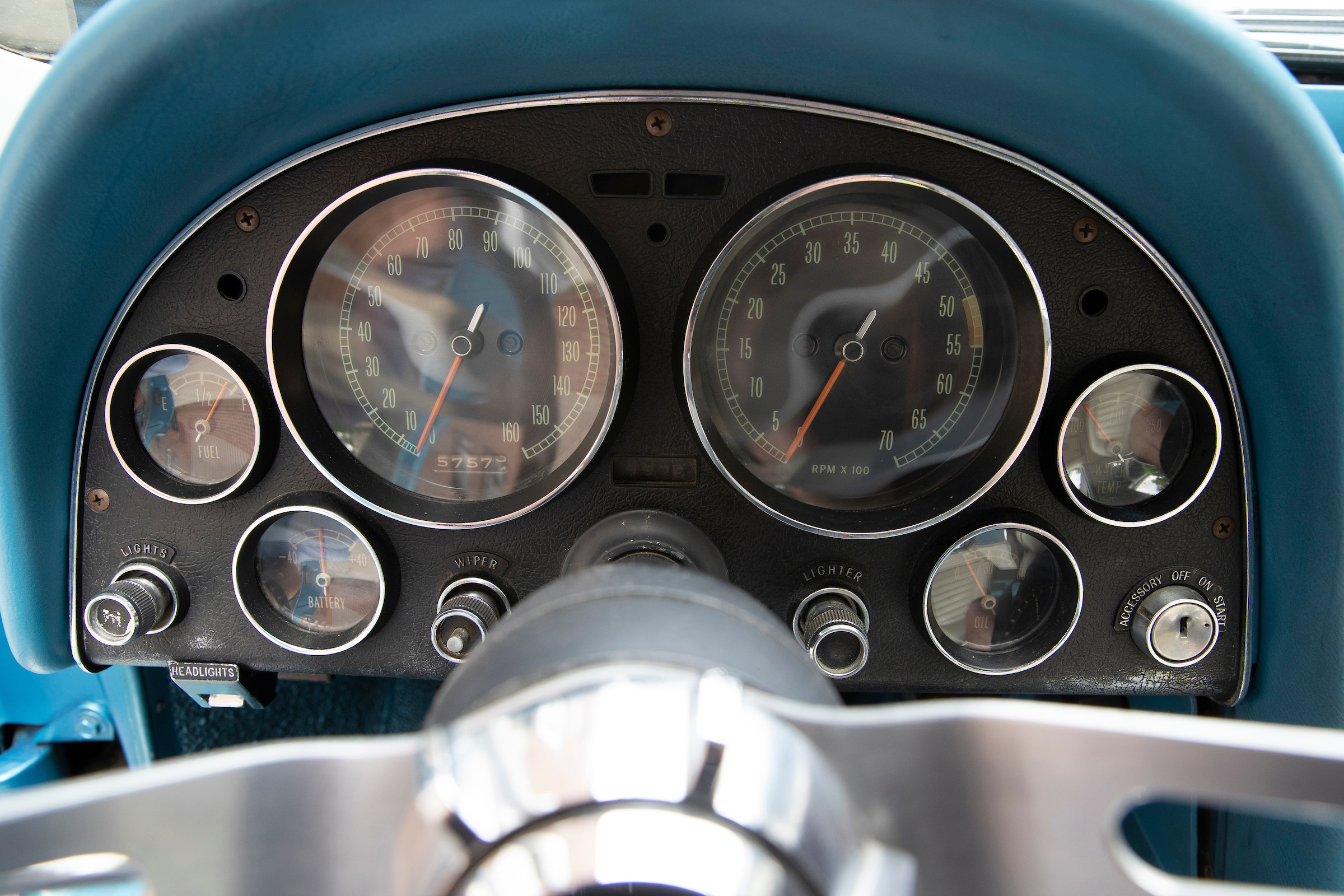 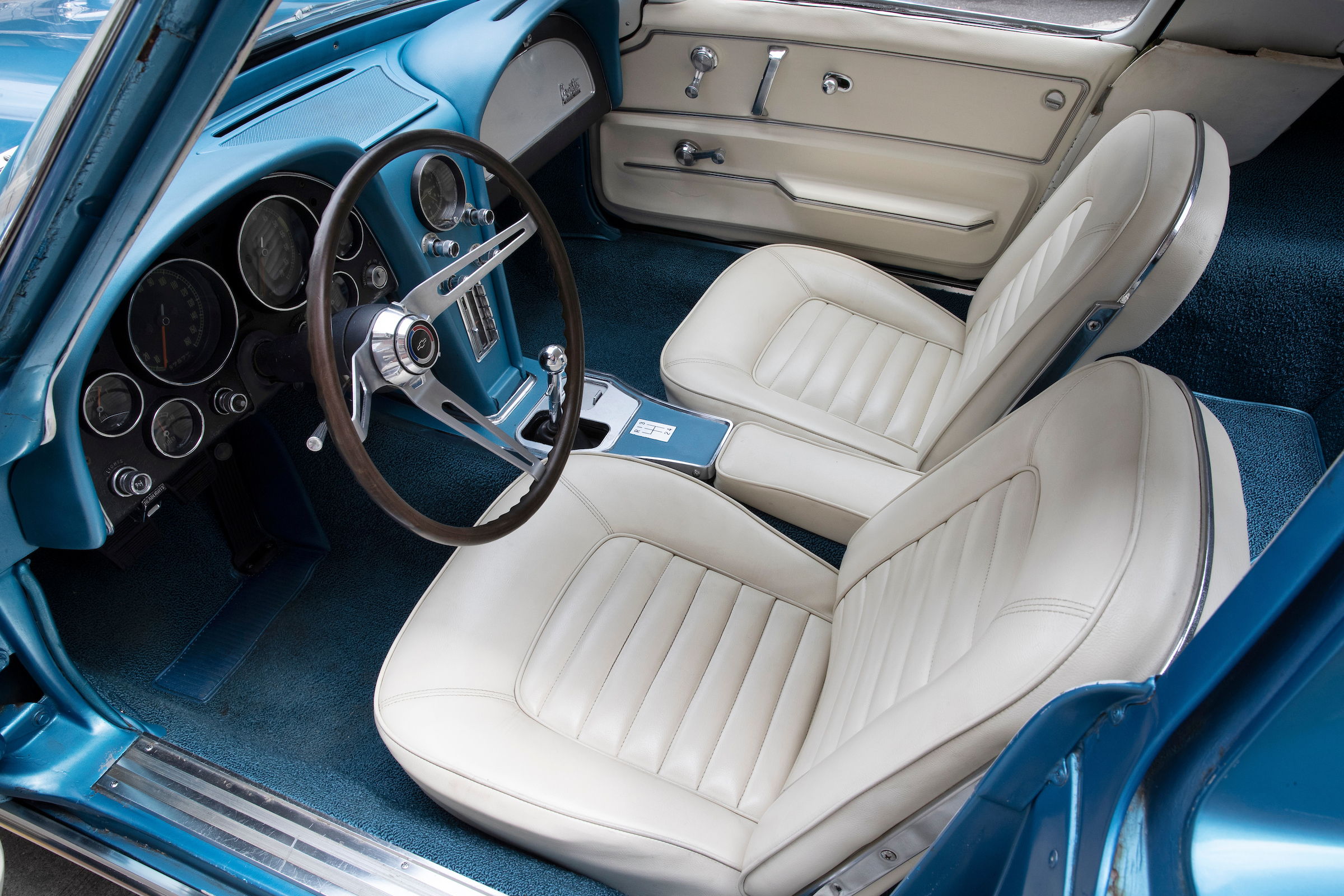 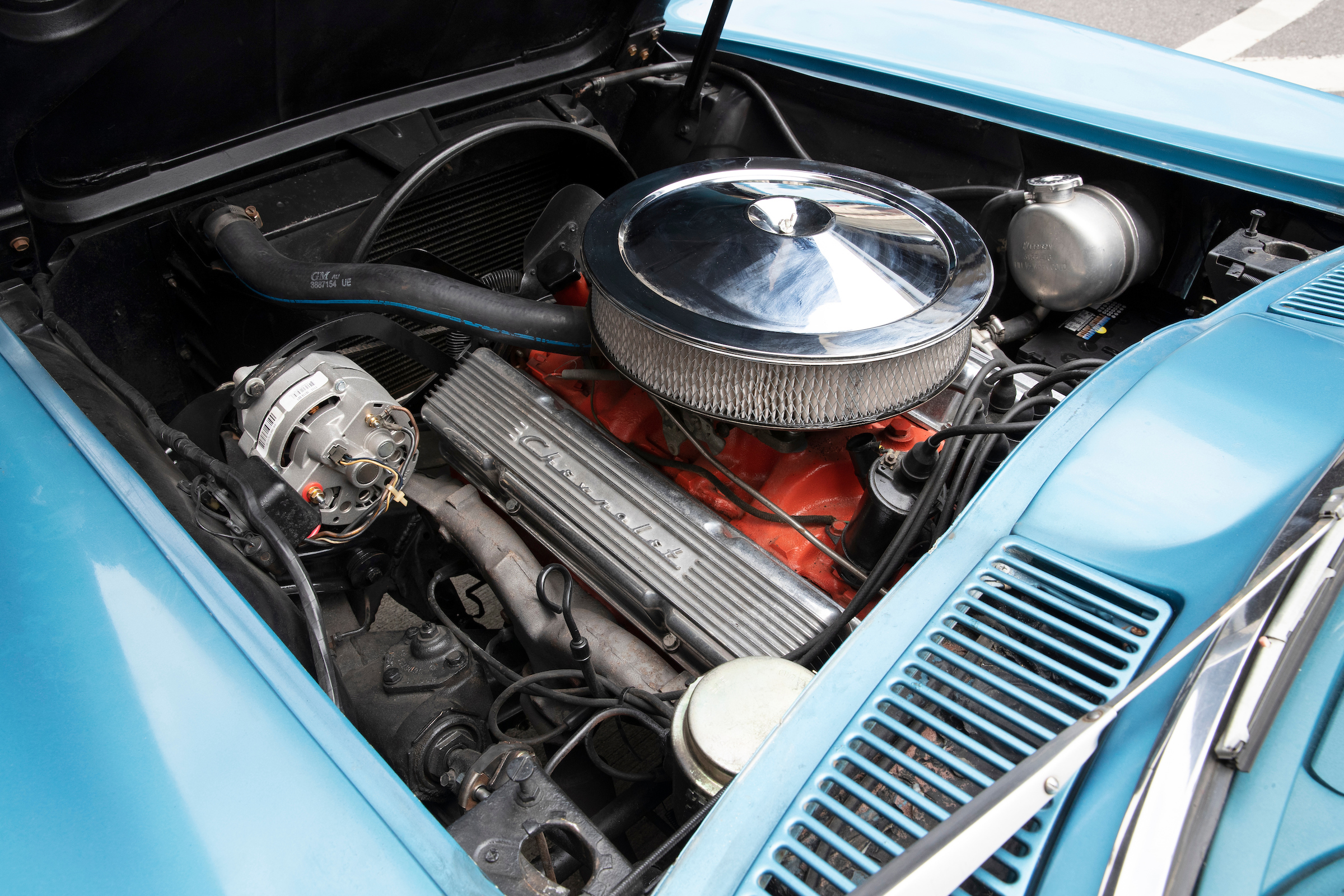 The biggest news to come out of Chevrolet with the introduction of the 1966 Chevrolet Corvette Stingray, was the "Big Block" 427 cubic-inch engines. This happened even after GM management had made a decree that no car line smaller than a full-size model would carry an engine larger than 400 cubic inches.

And that was only made possible after rival Ford and Carroll Shelby released the Cobra with its 427 cubic inch V8 engine, had changed their opinion.

The new 427 big-block engine came in two options, the L36, which featured a hydraulic-cam with 390 horsepower on 10.25:1 compression, and the L72, which was rated originally at 450 horse but administrative decisions not related to any changes in the engine had them re-rated to 425 horse, with 11:1 compression, larger intake valves, a bigger Holley four-barrel carburetor, aluminum manifold, and mechanical lifters. Both 427 Corvettes with these engines came with the new styled bubble hood to fit the much larger big block engine.

The standard engines on the 1966 Corvette Stingray was still the 327 cubic inch small-block in two combinations. The base 327-300 horse with 10.5:1 compression ratio and a Holley 4-barrel carb and the optional 327-350 horse had 11.0:1 compression ratio and also a Holley 4-barrel carb. No fuel injection was offered on the 1966 Corvette or until over a decade later. As before, engines could be teamed with the Powerglide automatic, the standard three-speed manual, or four-speed options, except the 4-speed only for the L72.

In the styling department, the 1966 Corvette was slightly changed with an eggcrate grille insert, the coupe lost its roof-mounted extractor vents, backup lights were now a standard item, “Corvette Sting Ray” was added to the hood.

The new Corvette, especially one equipped with the 427 big-block, was pretty, handled well, and was astonishingly fast, and that’s what being Americas Sports Car is all about.