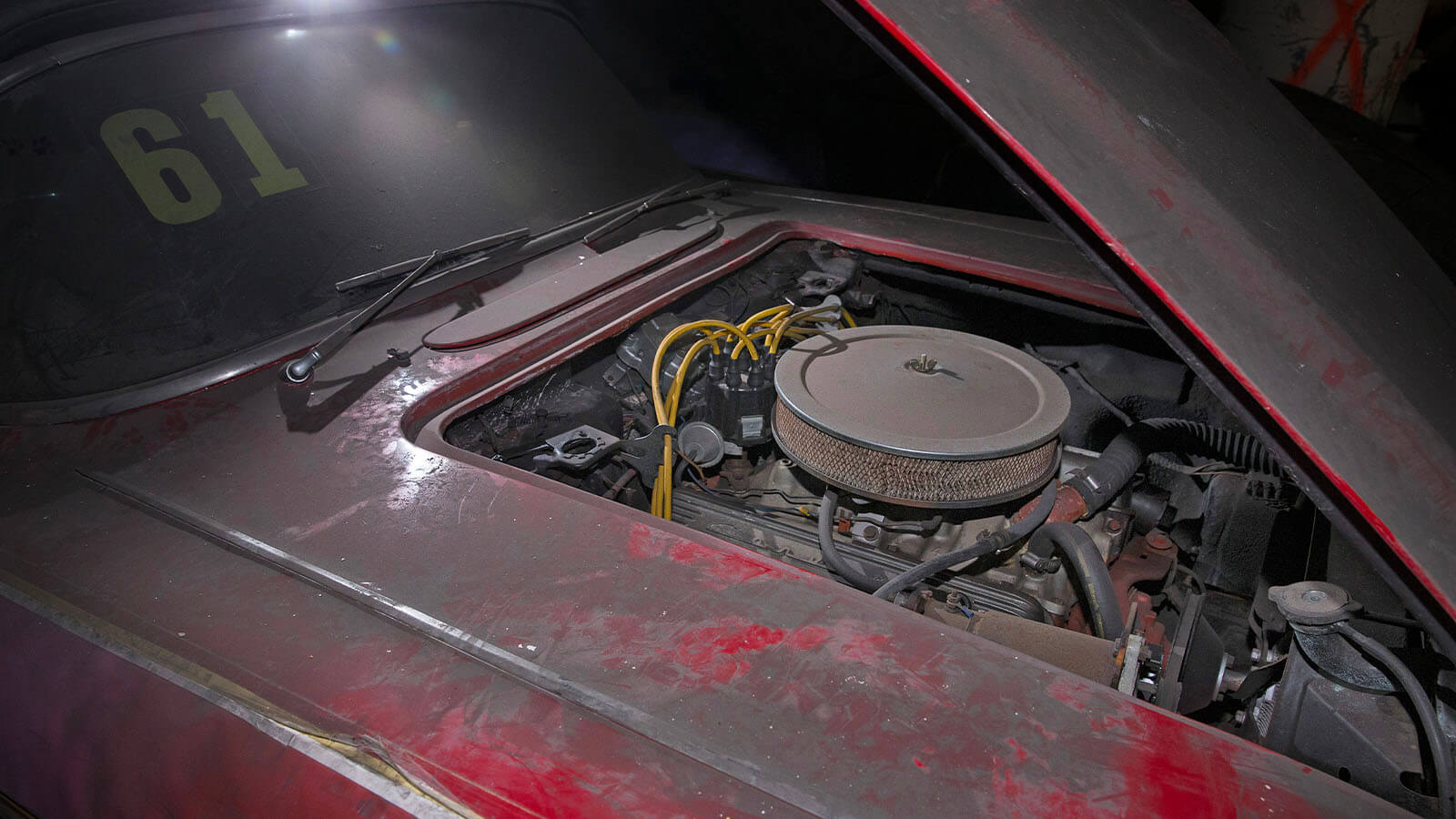 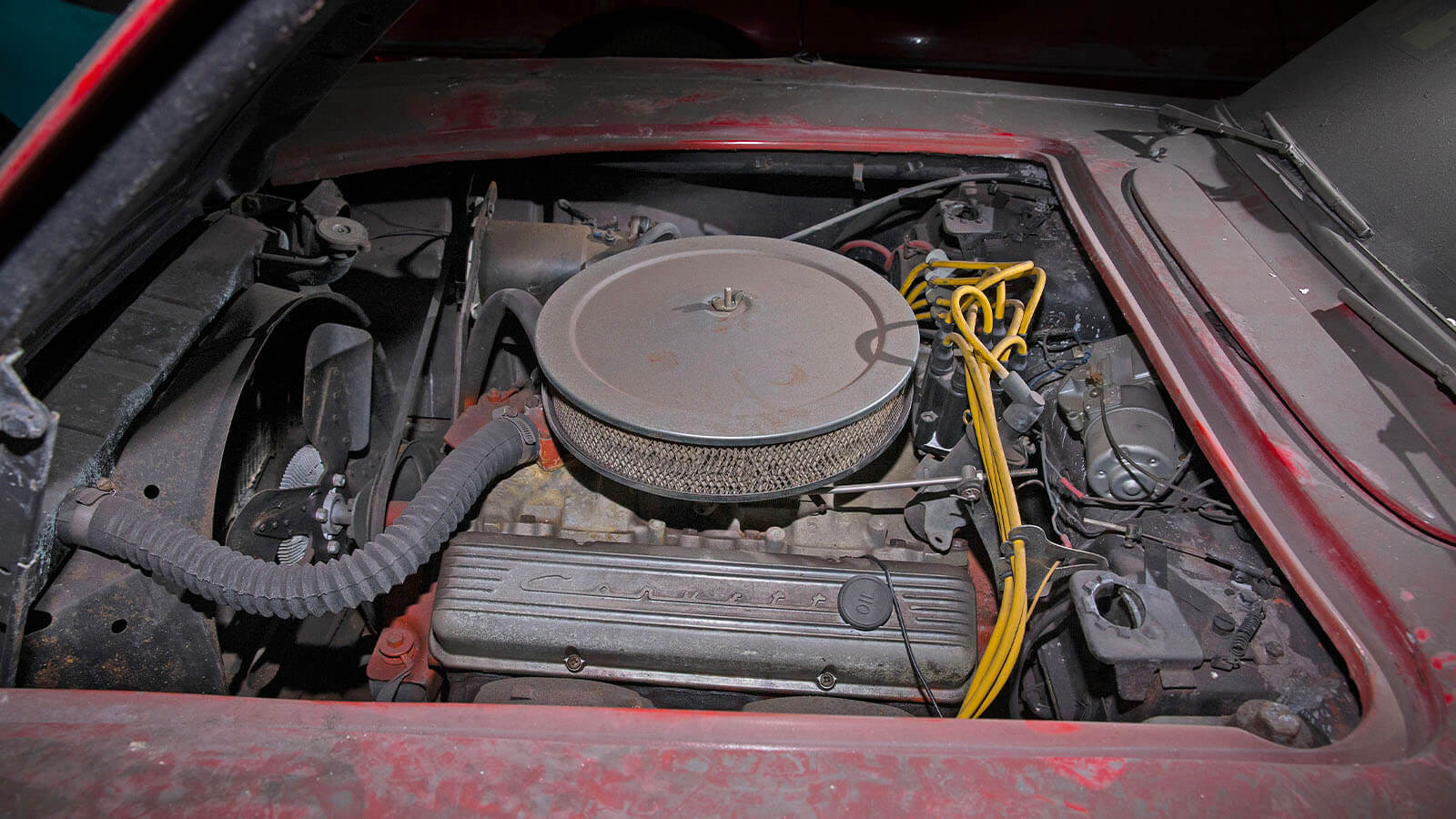 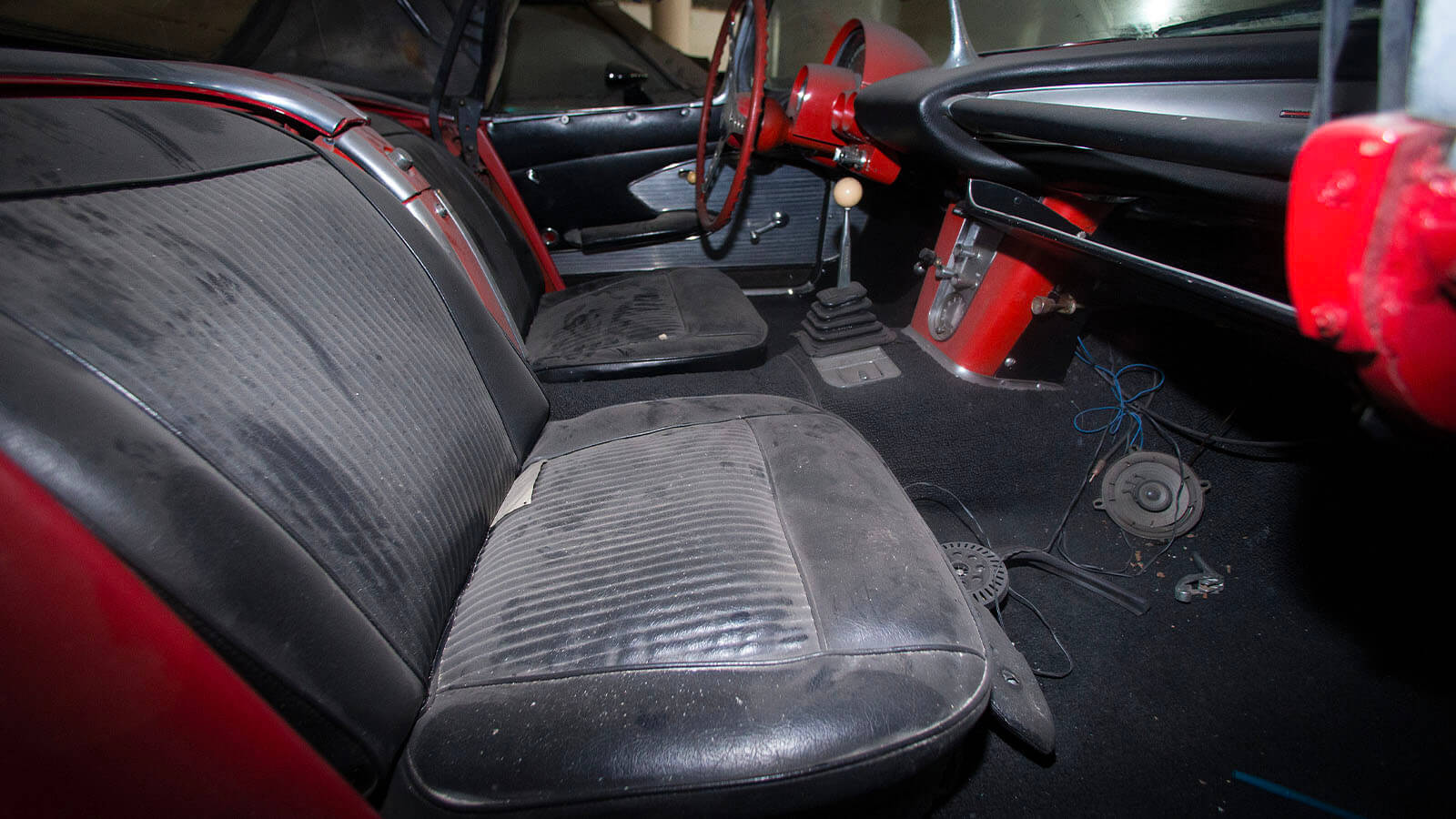 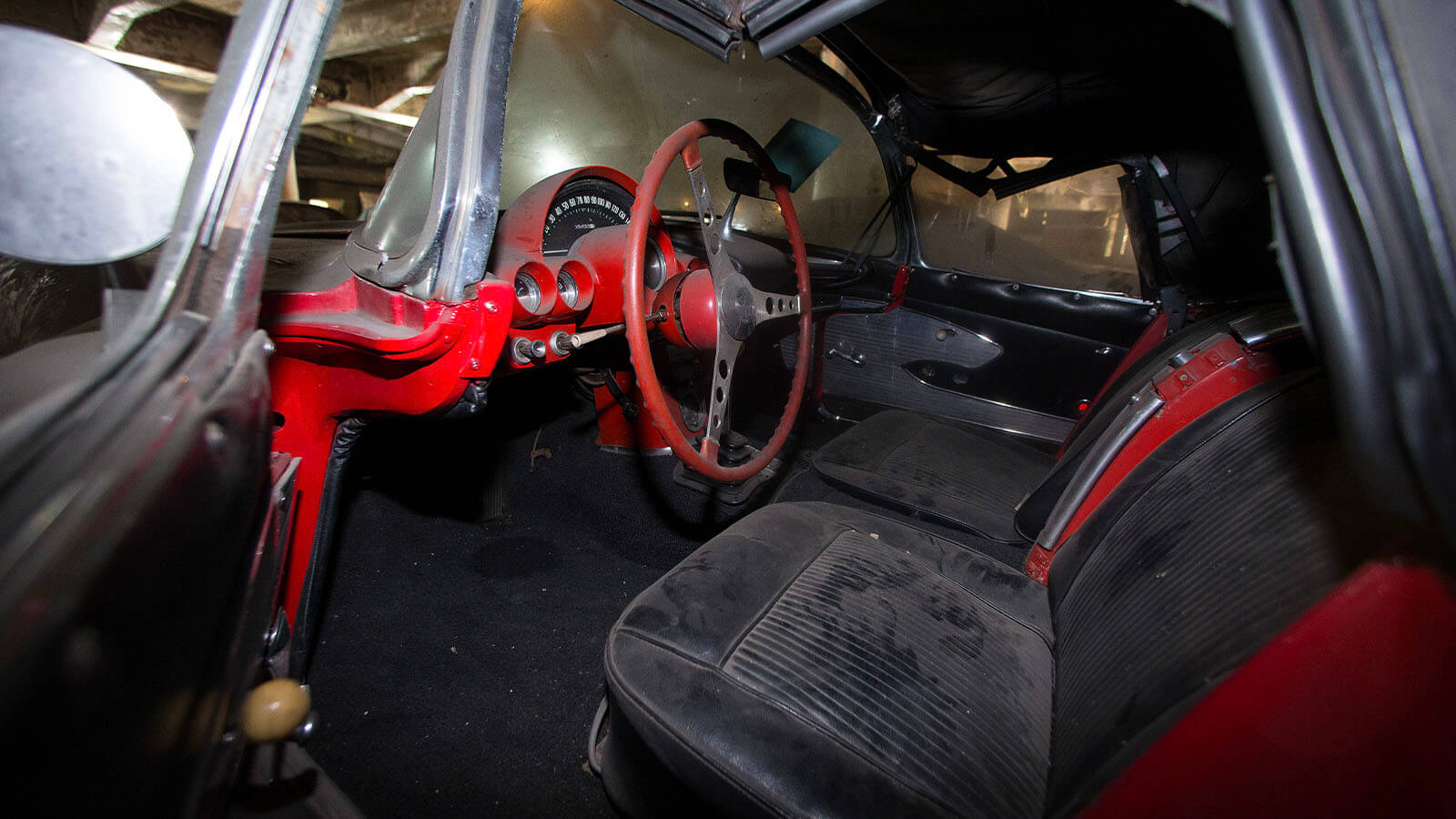 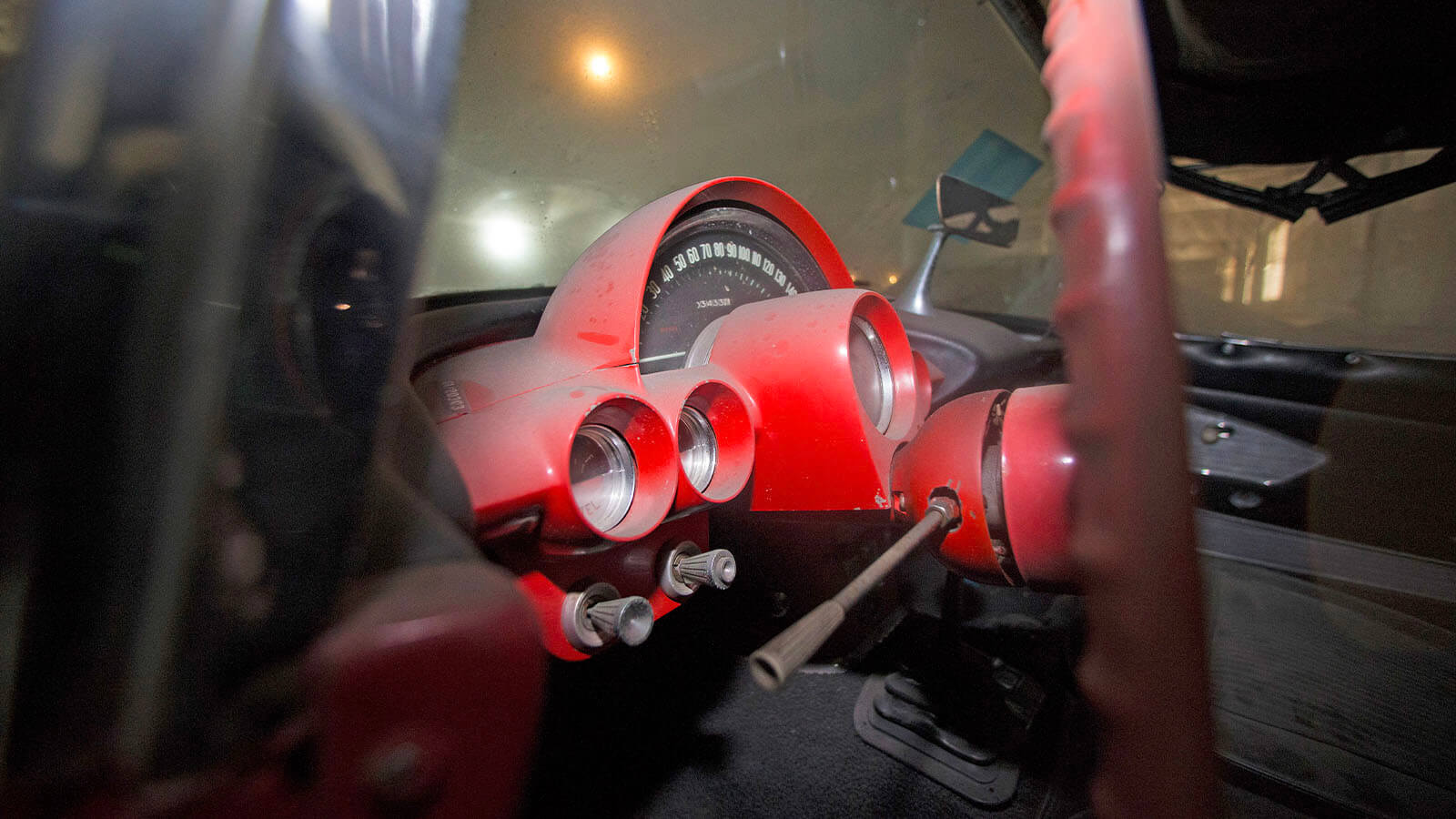 The big news for the 1961 Corvette model was sales were consistently increasing over the previous 2 model years so General Motors executives decided to do a restyling for the 1961 model year. Designer Bill Mitchell redesigned the layout of the dual headlamps, providing the Corvette with a more streamlined version of the existing four lamp nose, a big round Corvette emblem, and a fine wire mesh insert finished in argent silver.

He also changed the rear end into a “ducktail” that was a virtual copy of the Stingray race car and Mitchell’s XP-700 show car Corvette. The rear end of the 1961 Corvette had a pair of small round taillights on each side of the license plate recess and that turned out to be a standard feature that continues to this day.

Mechanically, the 1961 Corvette was the same as the 1960, however an aluminum radiator gave improved cooling capabilities and reduced the overall weight. The 5 engines were all 283 cubic-inch V-8 engine displacement with the base having 230 horse, the dual-four barrel engines still had 245 and 270 horse but this was the last year they were available, and the power output increased for the two fuel-injected engines to 275 and 315 horse.

The 3-speed manual transmission gearbox remained the standard but was now offered with a wider choice of axle ratios. A Powerglide automatic transmission was optional but not with the higher horsepower engines.

By 1960, the Corvette was now recognized as one of the most sporty cars in the world and it had become a serious contender on the racetrack too. The Corvette got a big boost when CBS television, in cooperation with General Motors, introduced the series “Route 66” that followed two guys who sought adventure in a new Corvette.

With improvements in fiberglass manufacturing combined with refined assembly processes improving the car’s fit and finish, the 1961 Corvette was quickly recognized by critics and enthusiasts alike as the best built Corvette yet.