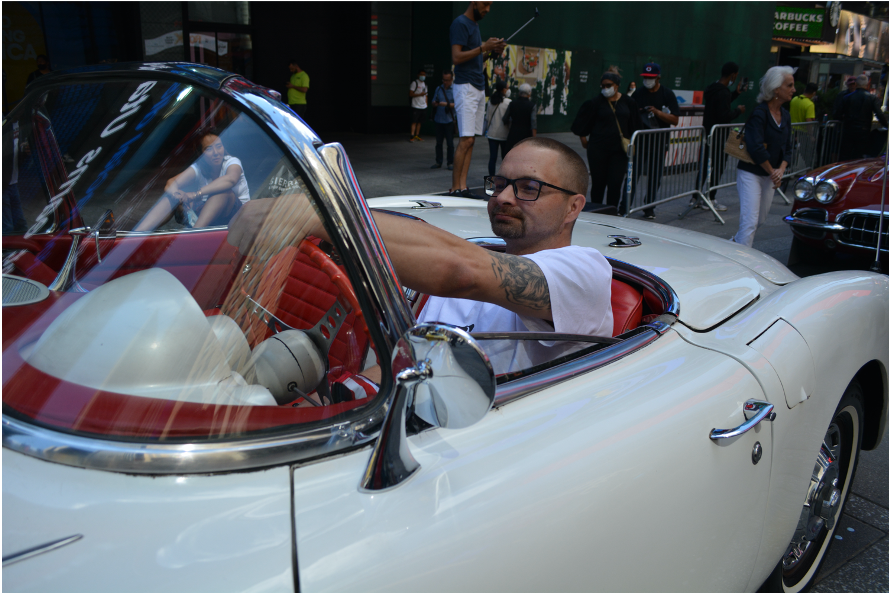 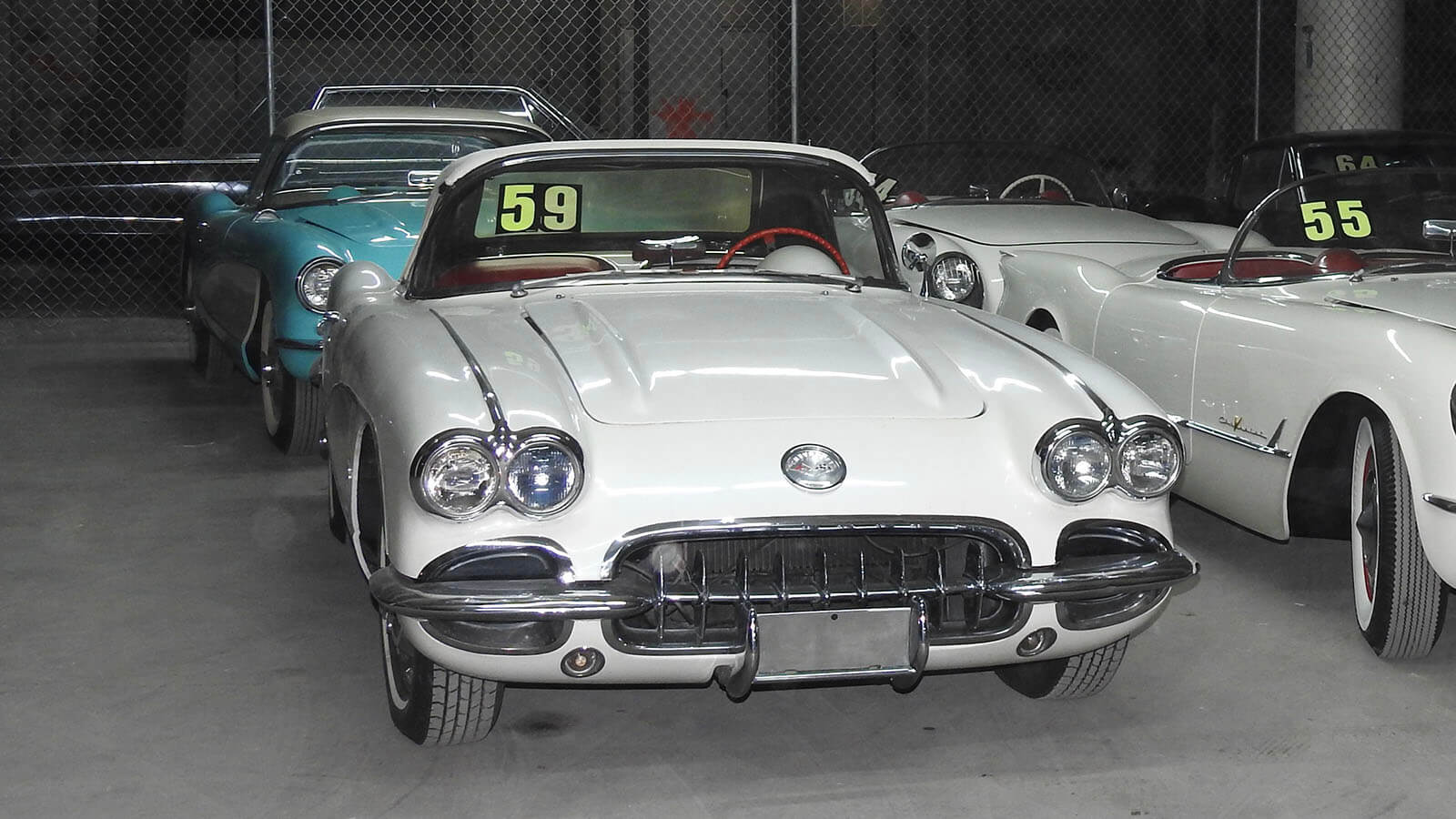 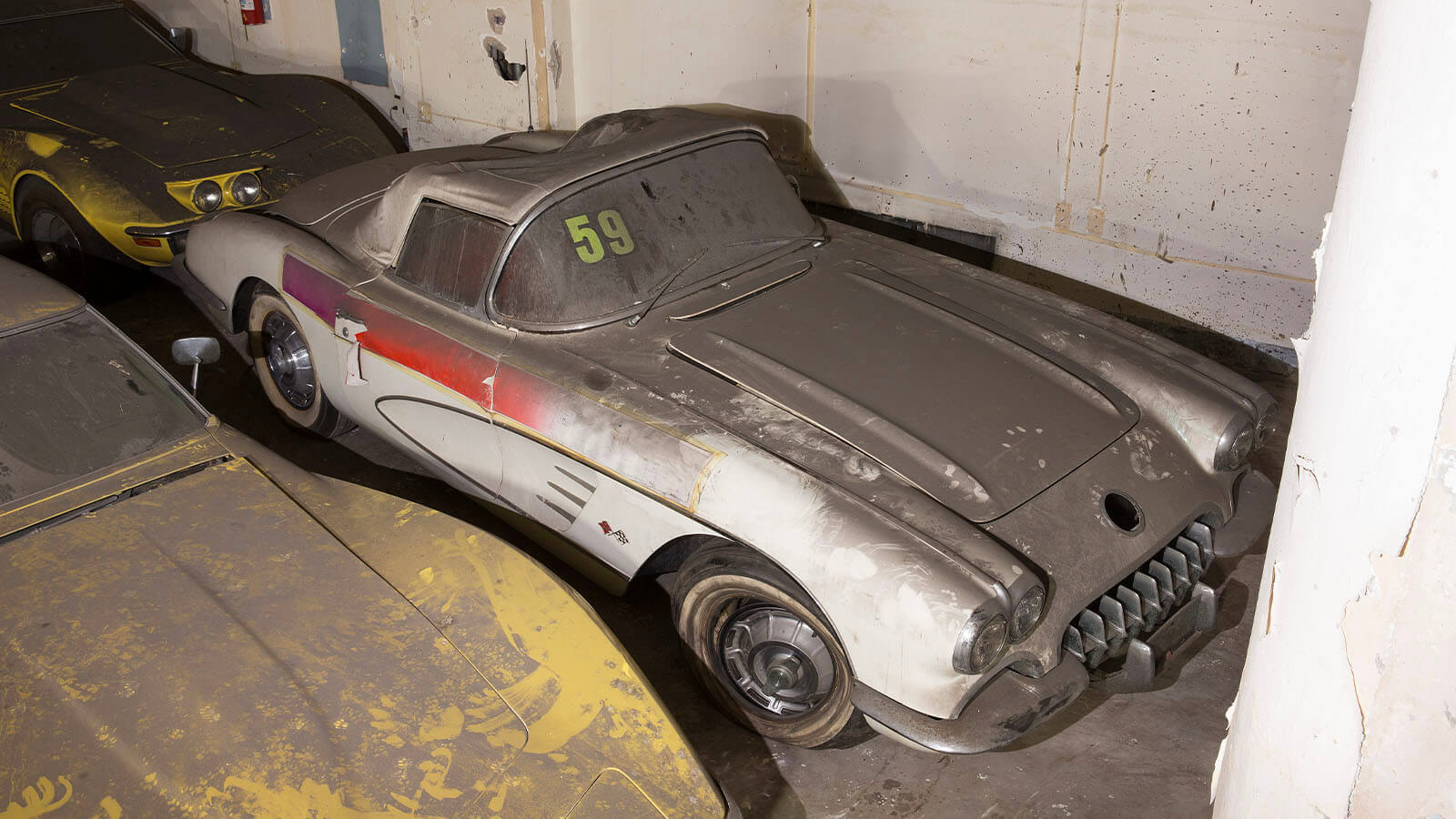 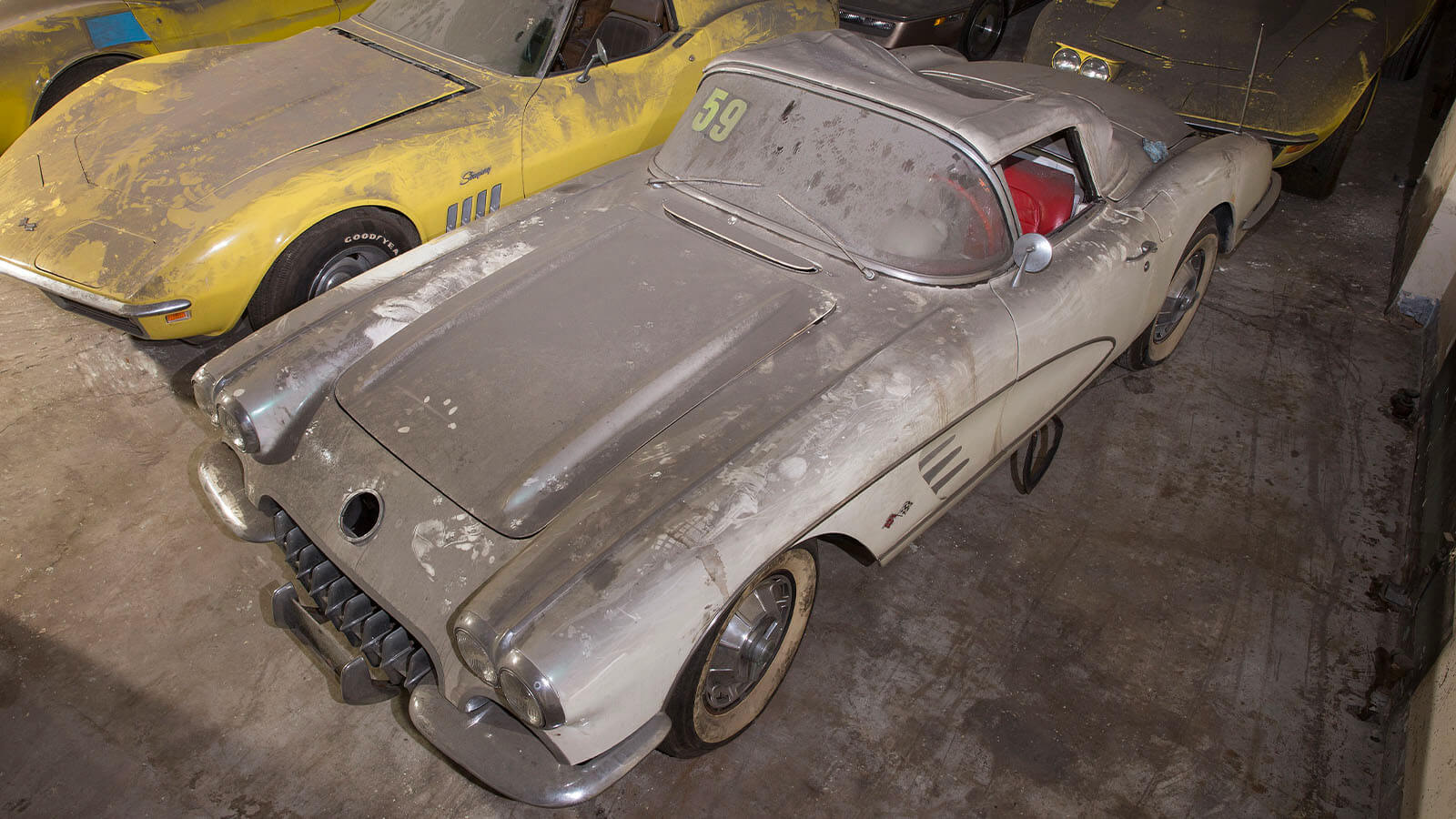 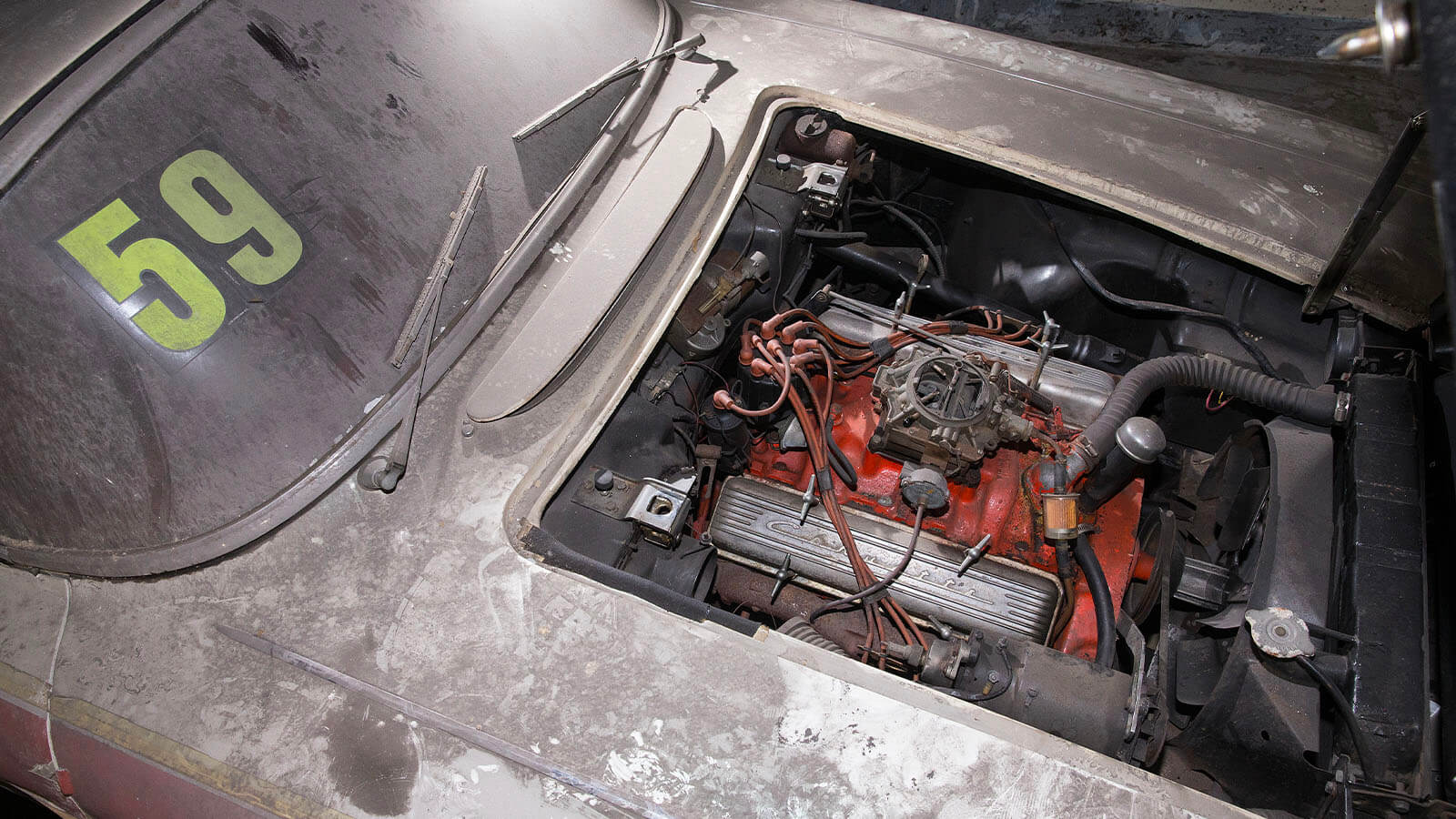 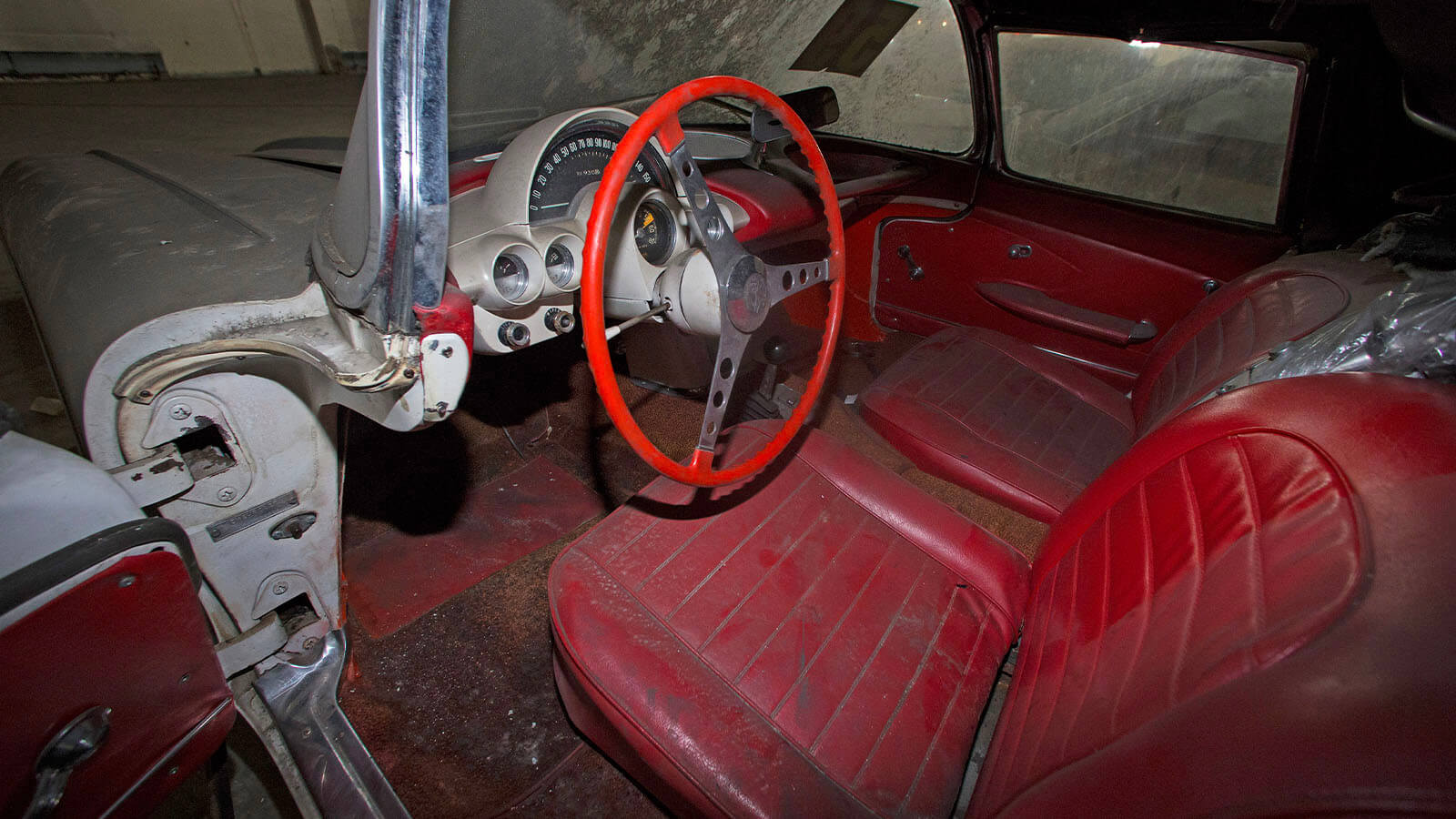 With all the changes that were made the previous year, the 1959 Chevrolet Corvette had very few styling changes. Among the few made were deleting the chrome strips along the trunk and the louvers on the hood.

Inside the 1959 Corvette an all-black interior was offered for the first time and the seats and door panels were redone with a shelf added under the dash. Other interior colors included blue, red, and turquoise. The instrument panel became more concave, which reduced glare from the sun, and a storage bin was added to the passenger side of the cabin.

The 1959 Corvette’s engines and horsepower ratings did not change from the 1958 with the 230-h.p. Corvette V8 with 4-barrel carburetion, 9.5:1 compression ratio, and hydraulic valve lifters, was standard equipment.

but some things were added like the new reverse lockout T-Handle on the 4-speed shifter, and some rare options like the RPO 684 heavy-duty brakes and suspension, RPO 686 metallic brakes, RPO 276 15"×5.5" wheels, RPO 426 power windows, and the RPO 473 power convertible top.

The 1959 Corvette a new lustrous, exclusive Magic-Mirror acrylic lacquer paint job that was the most durable, sparkling automotive finish ever developed. It protected and enhanced the Corvette’s show-car beauty up to three years with only regular washings.

Chevrolet advertised the new 1959 Corvette was “A Sports Car Engineer’s Dreams Come True- Corvette’s light, strong, safe fiber-glass and plastic body is three times thicker than steel, yet it’s almost half the weight of a comparable steel body. This enables the Corvette to attain a high horse-power to low-weight ratio- a true measure of sports car excellence.”

The history and the legend of Corvettes was gradually taking hold, and the 1959 Corvette was a step towards that goal.