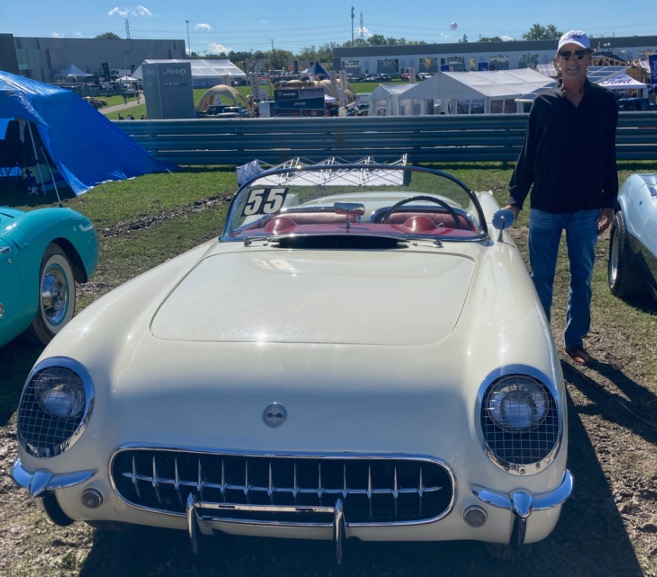 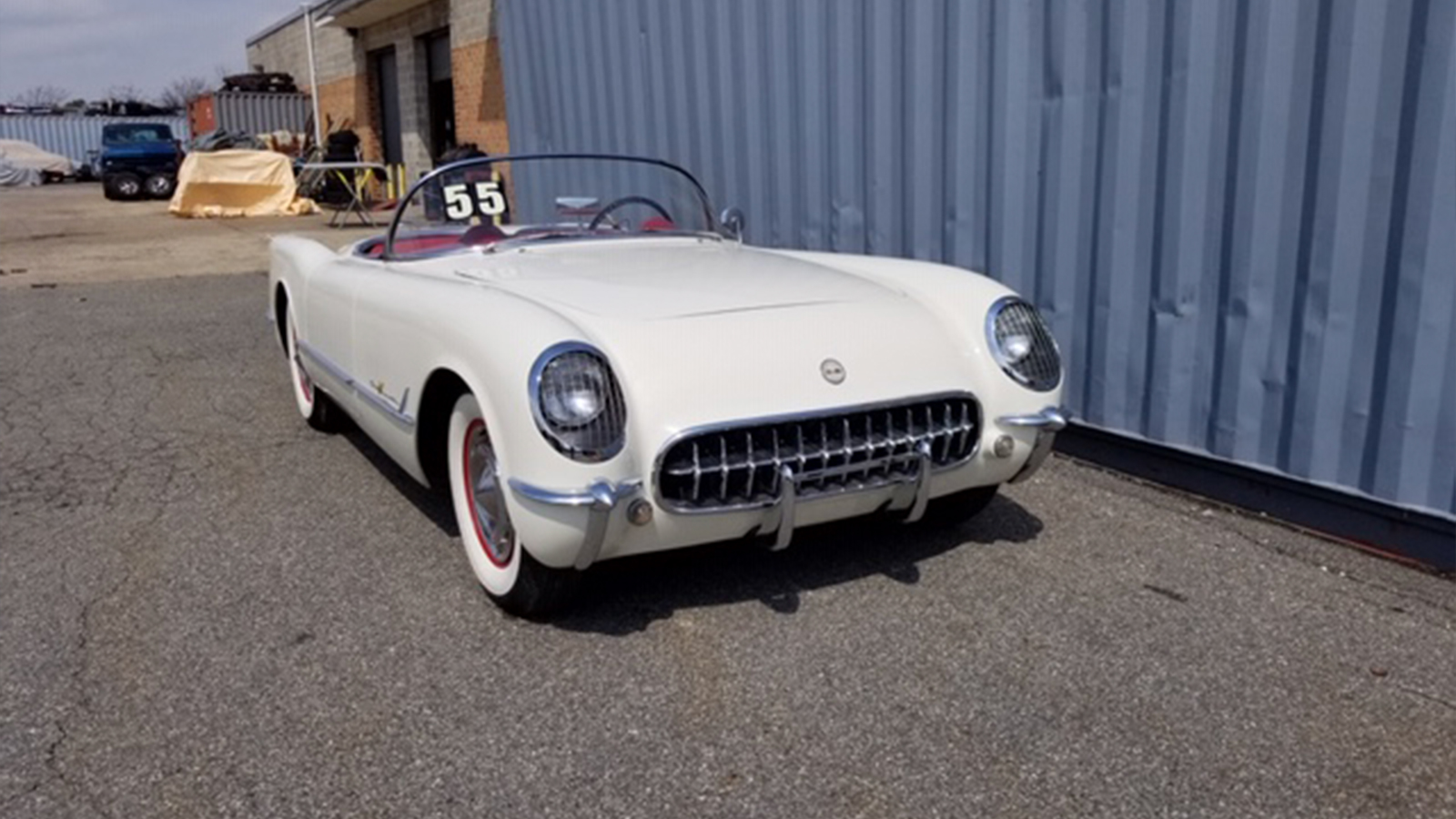 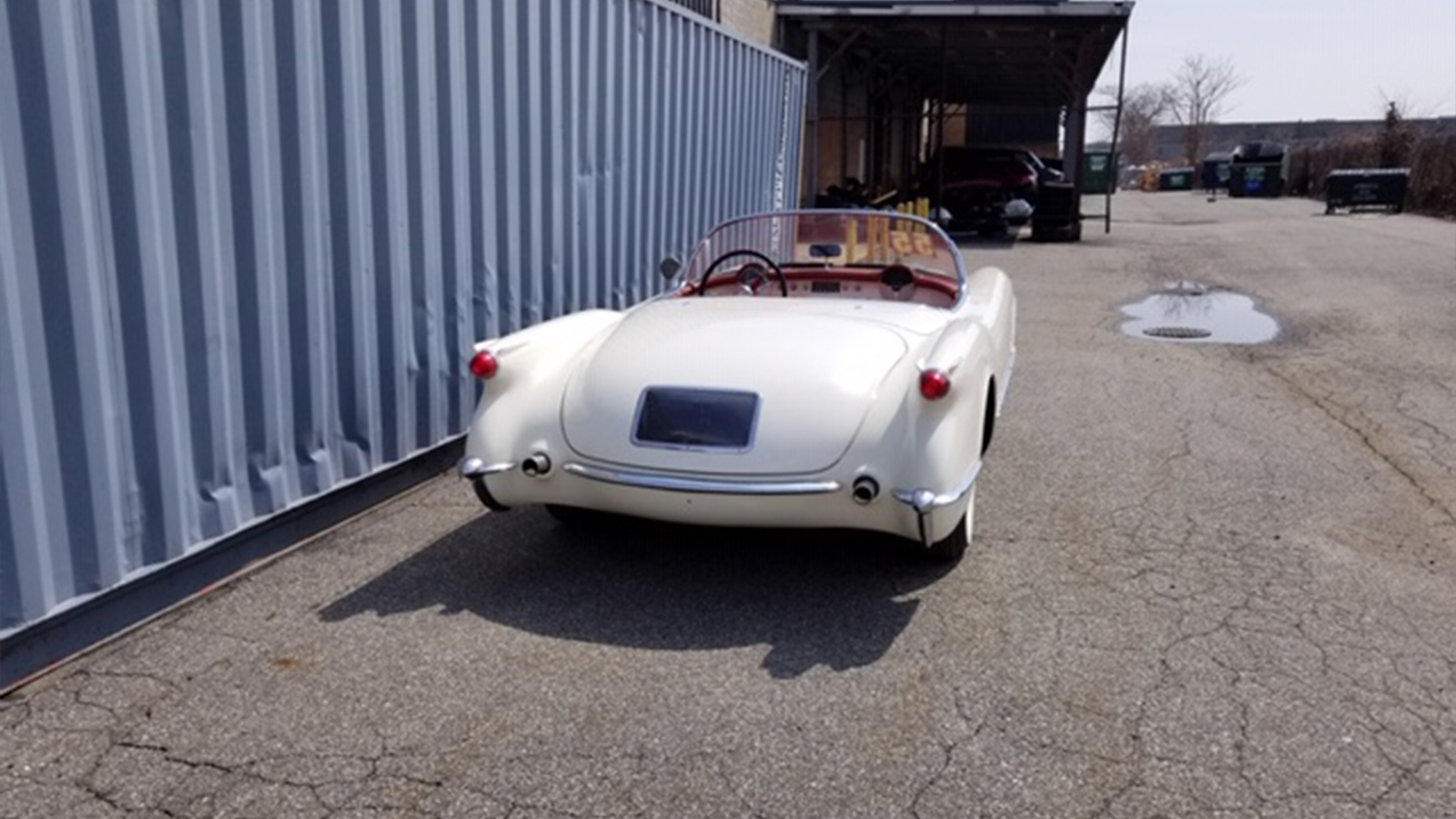 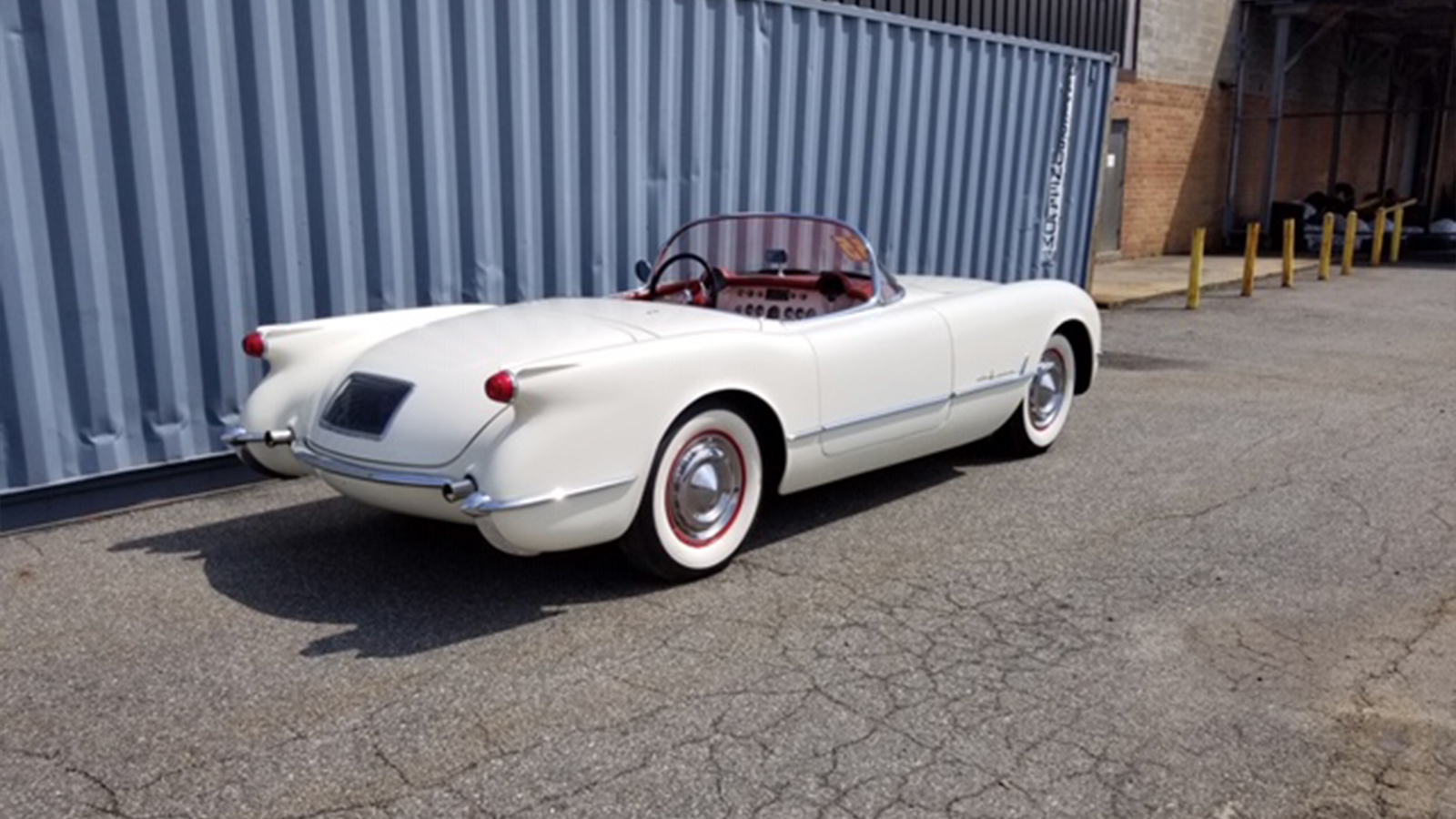 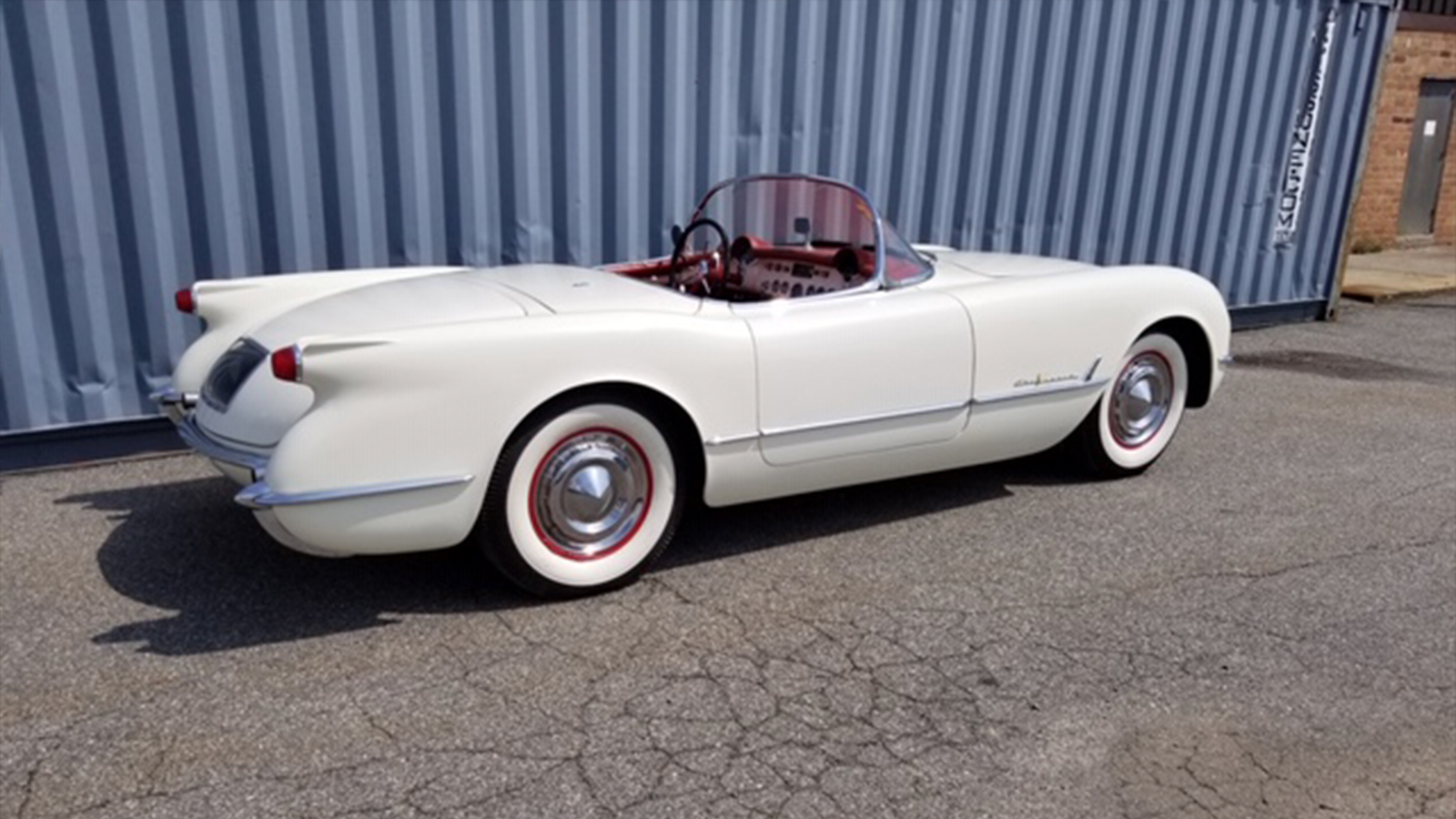 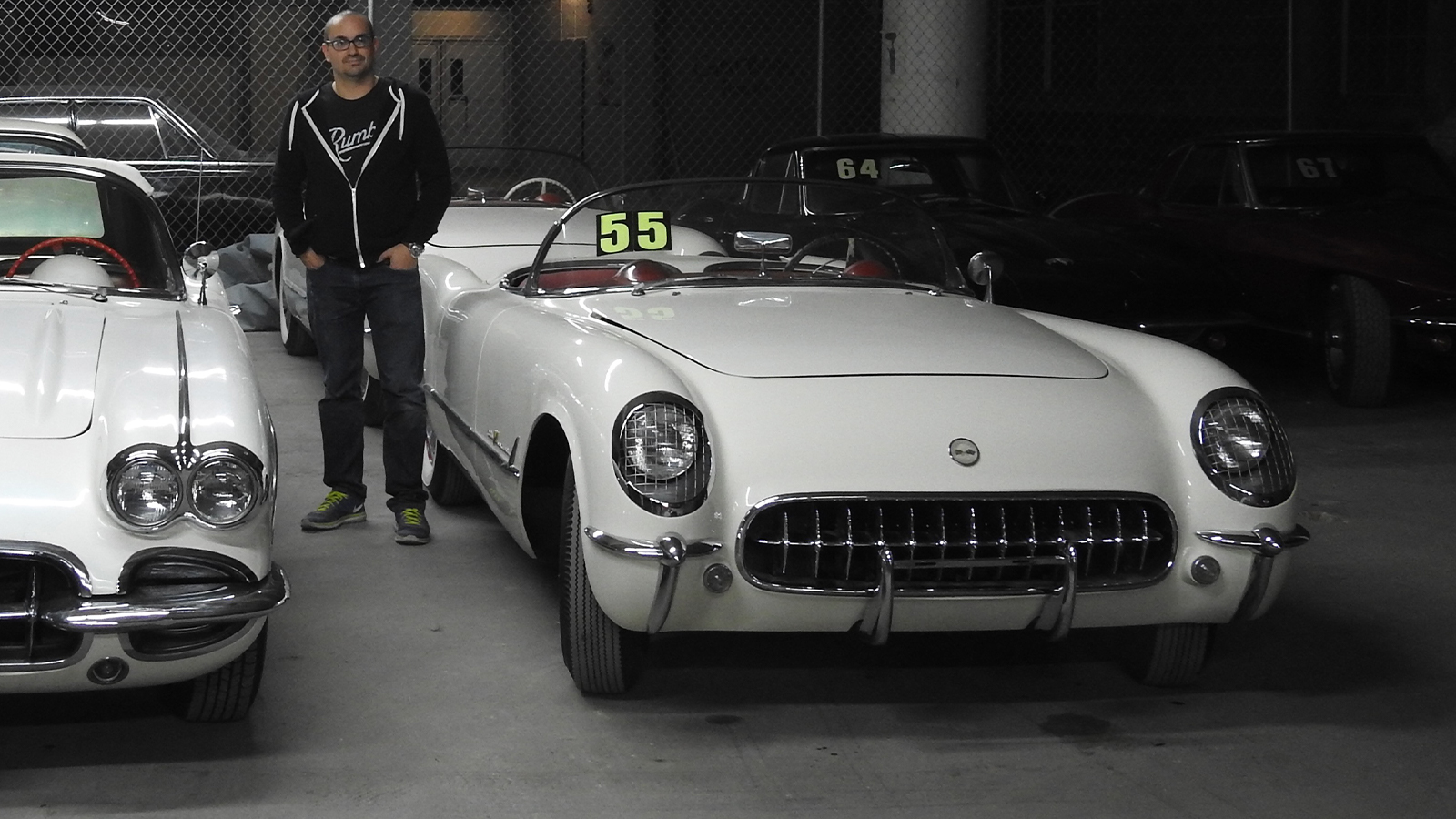 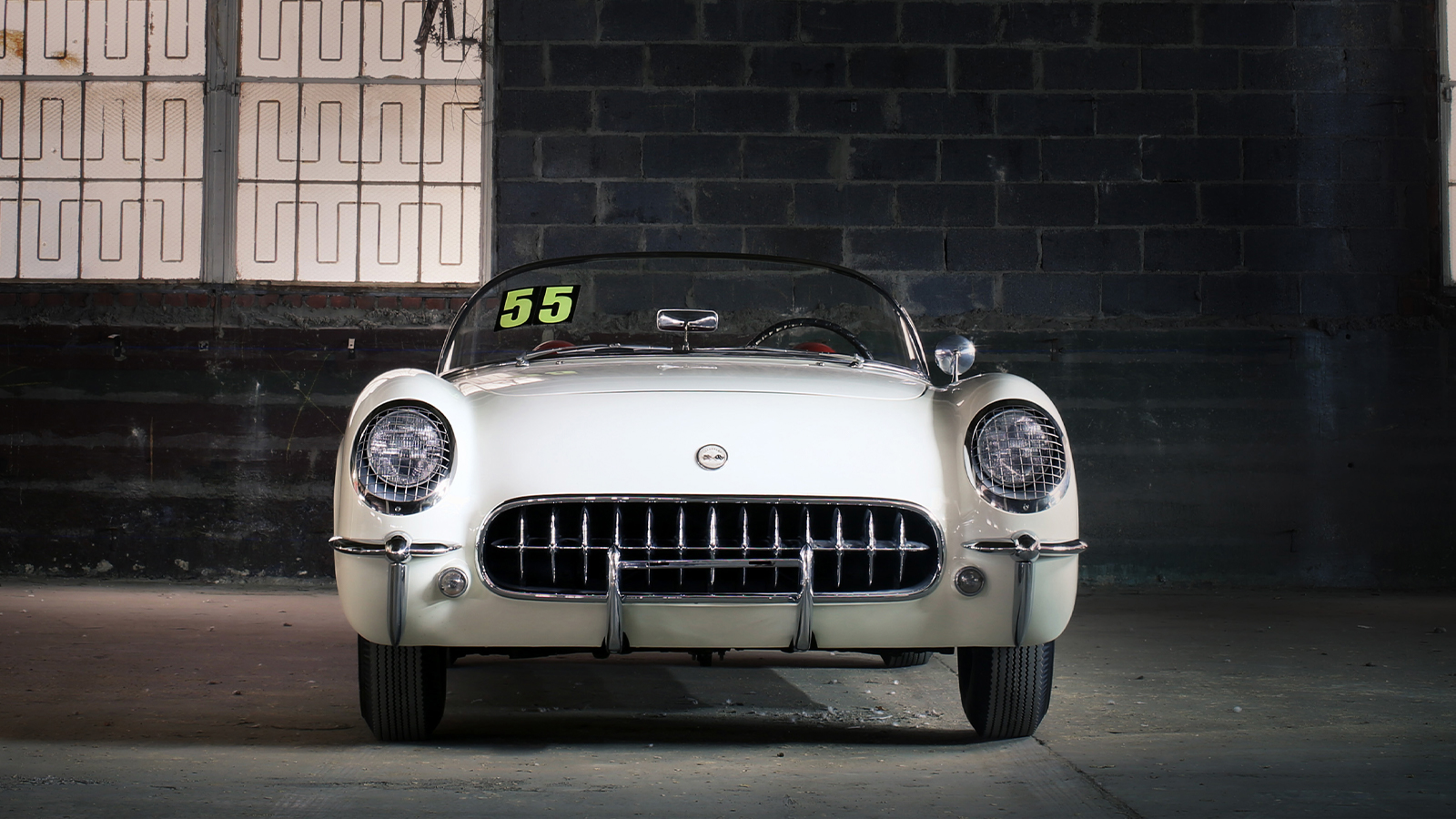 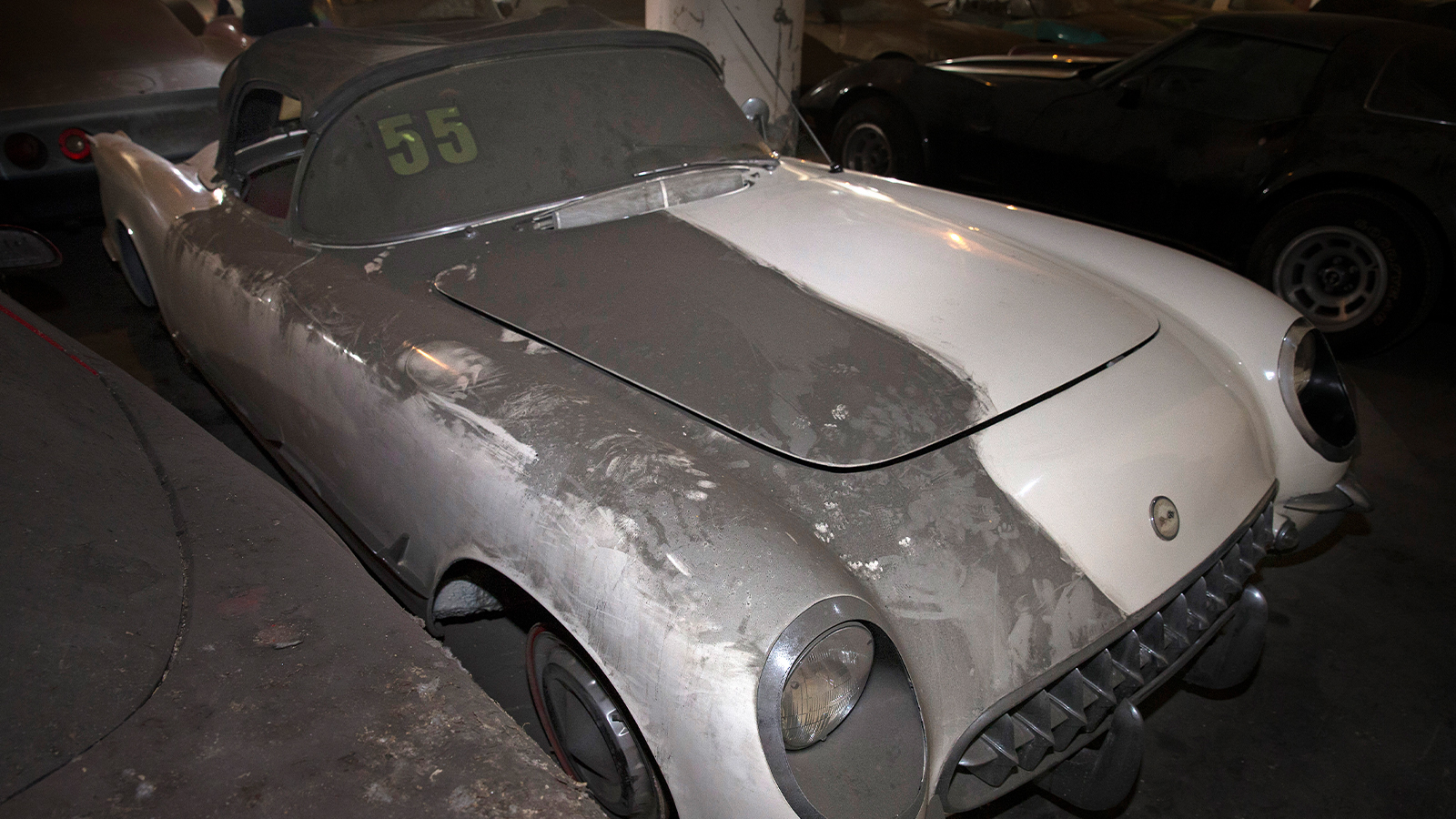 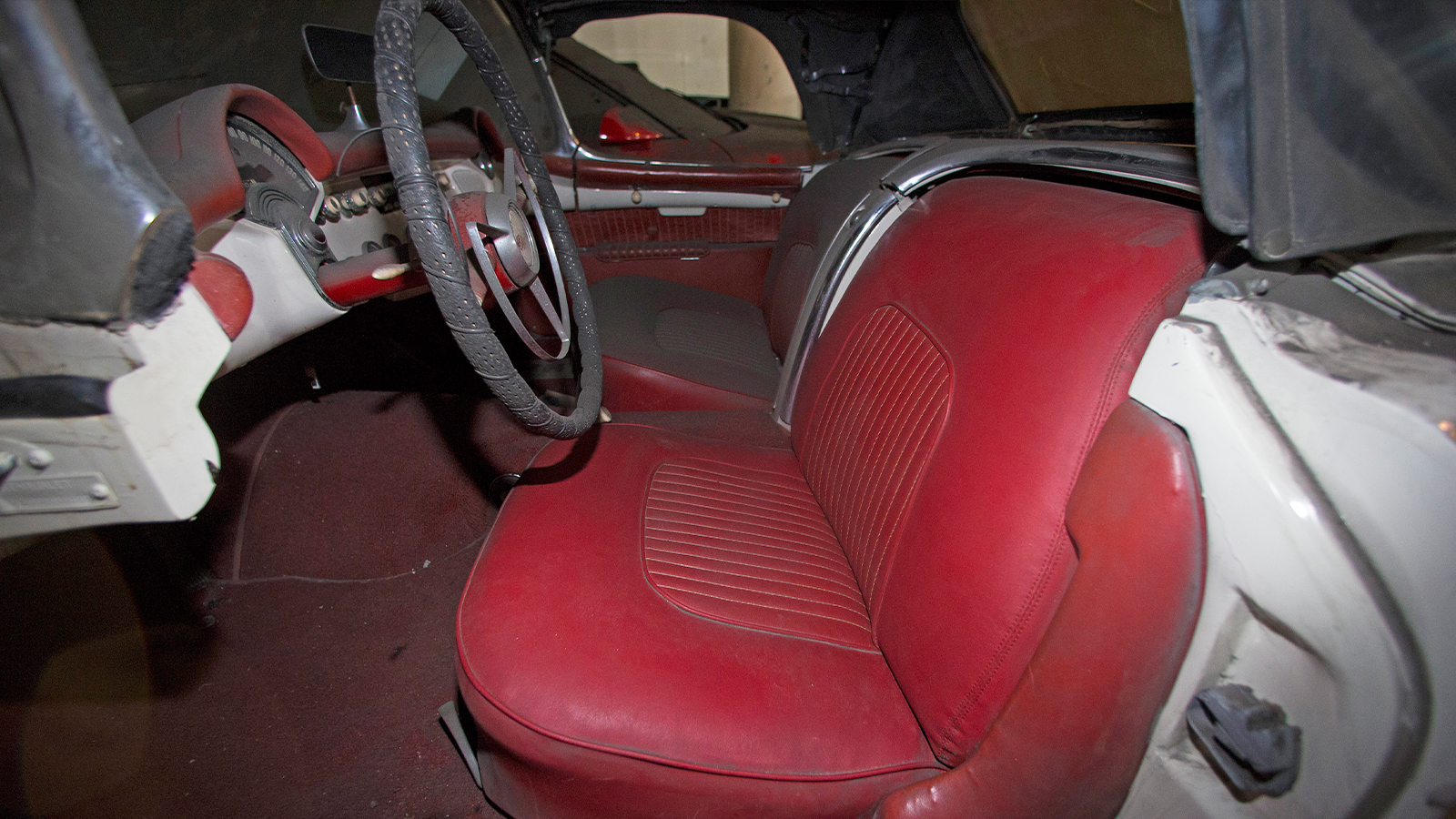 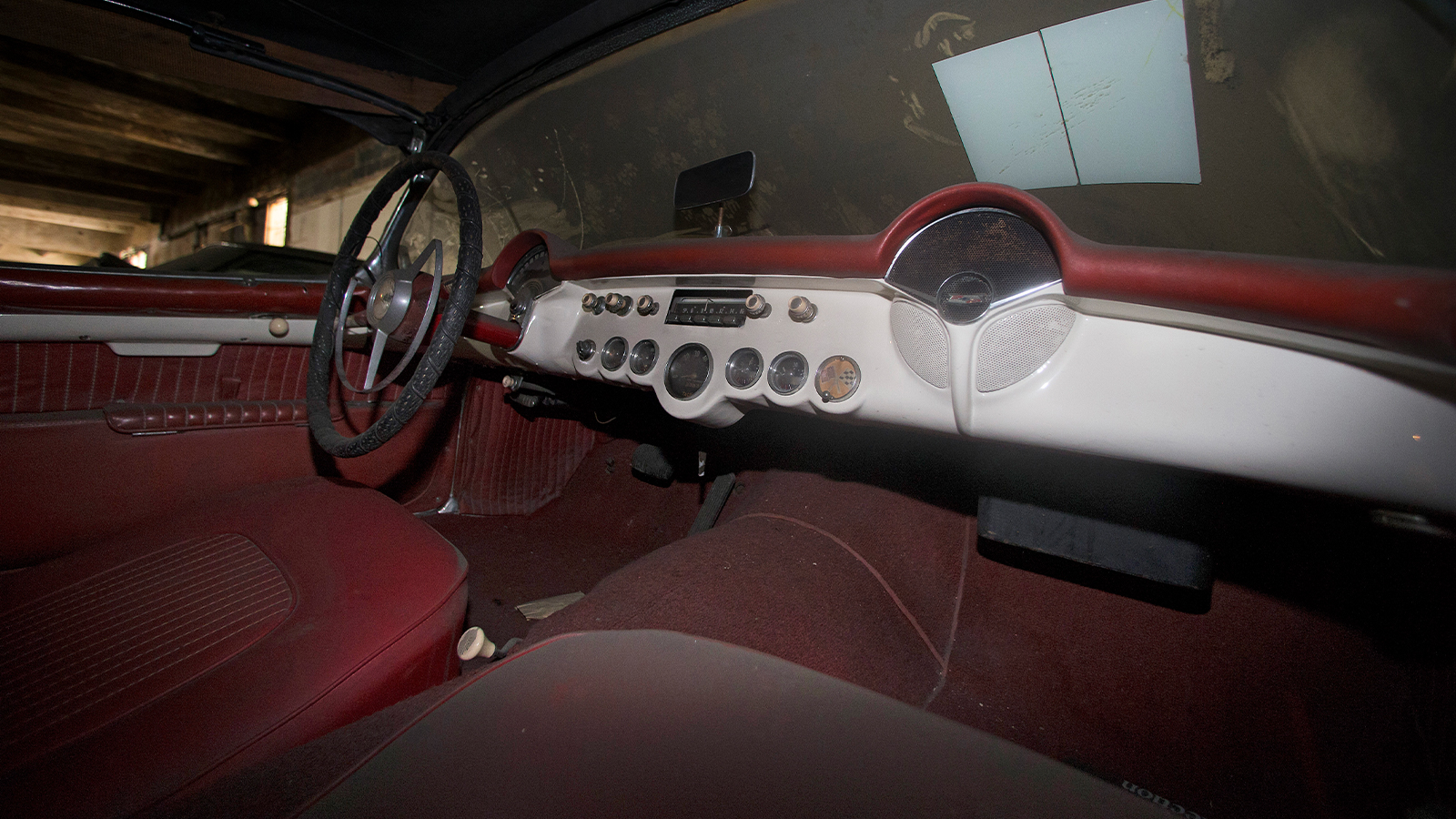 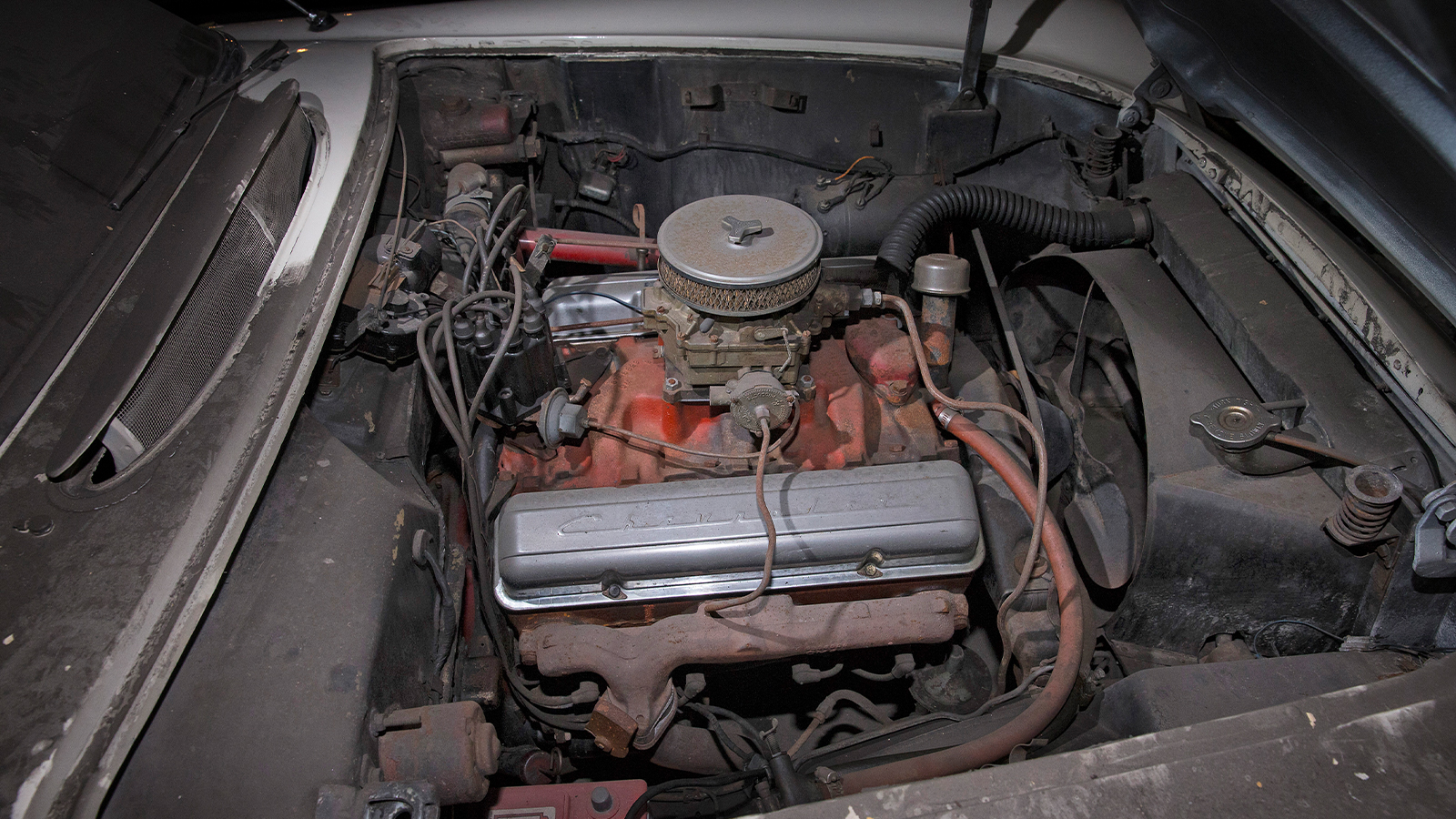 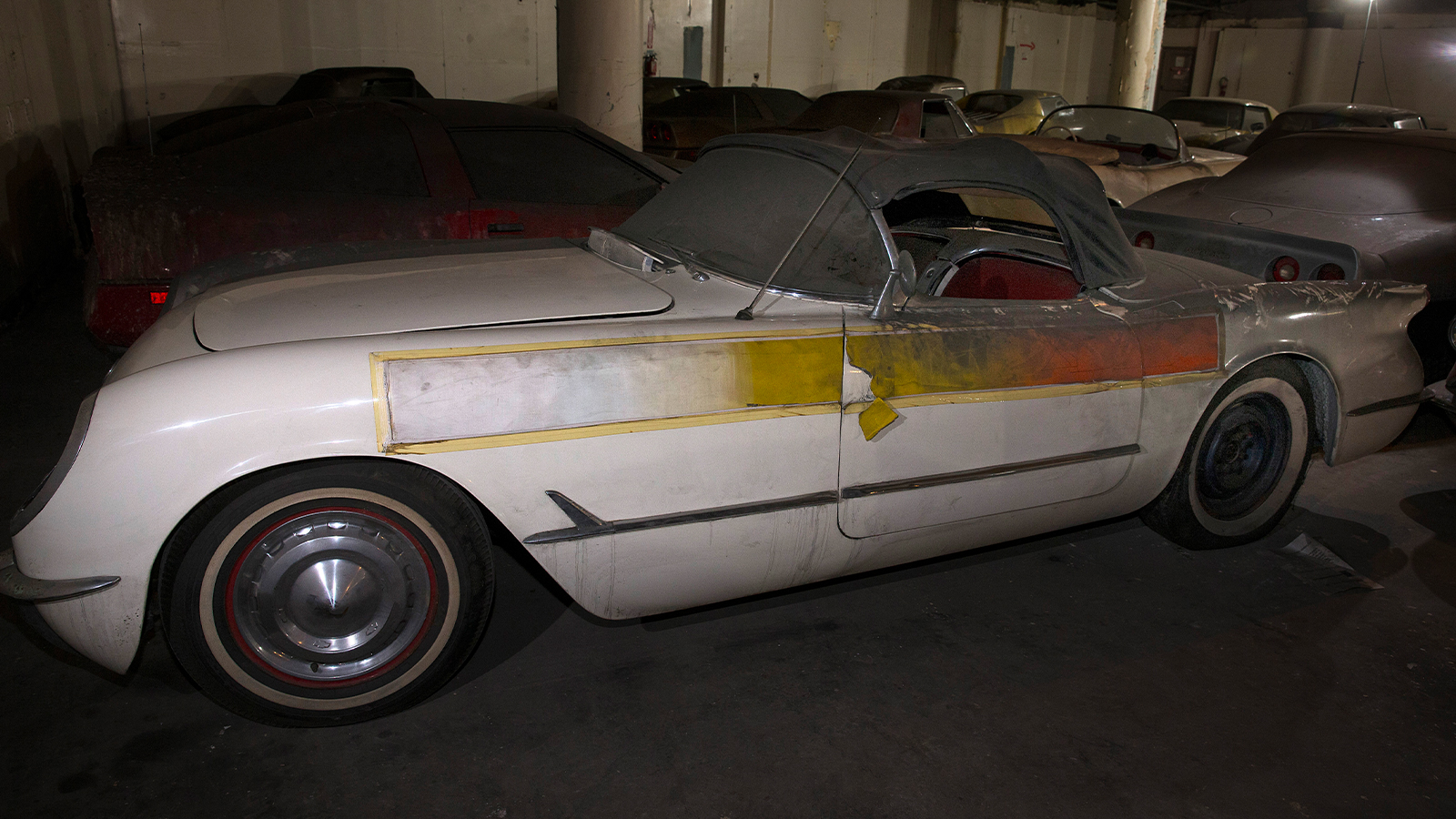 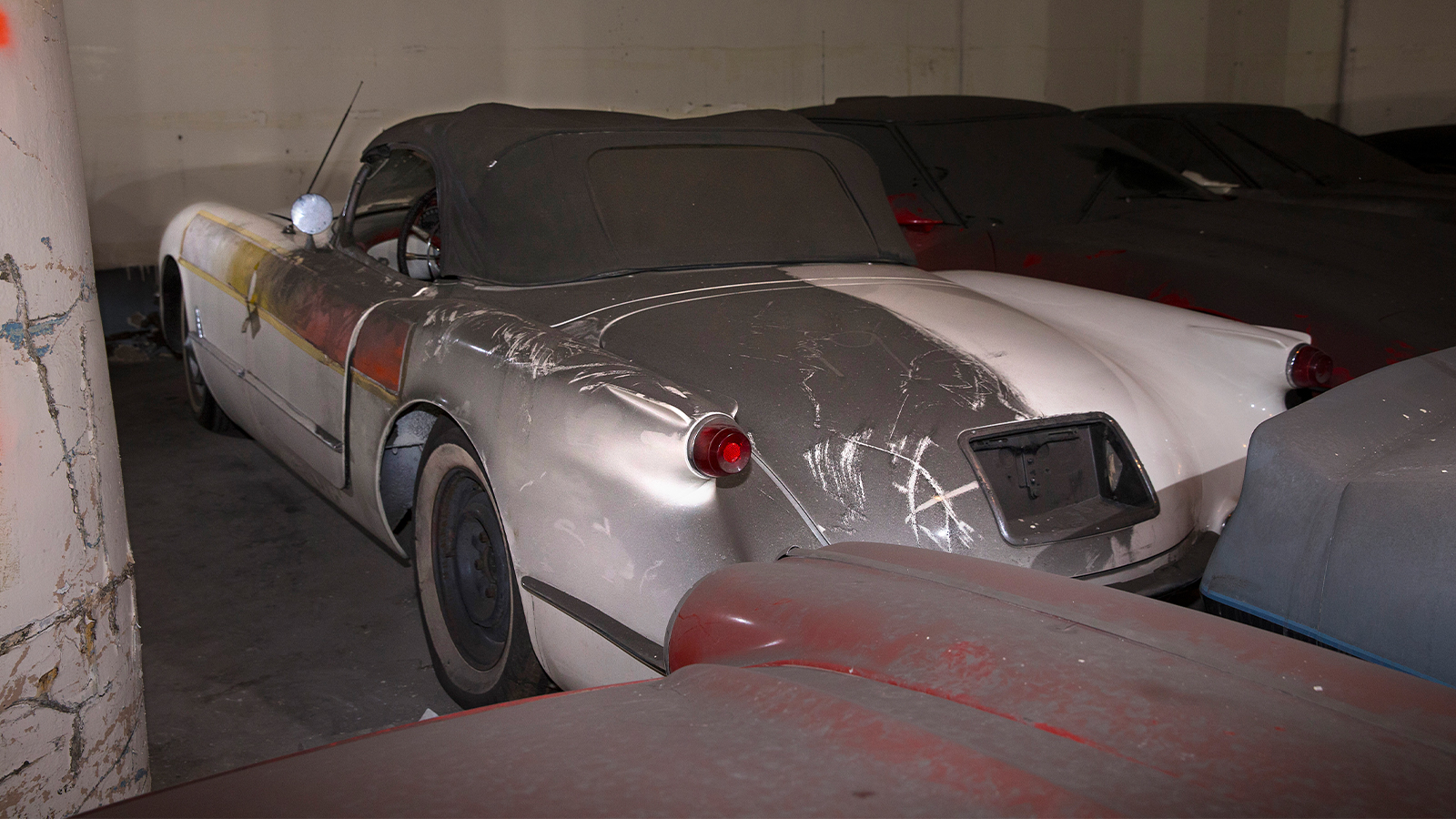 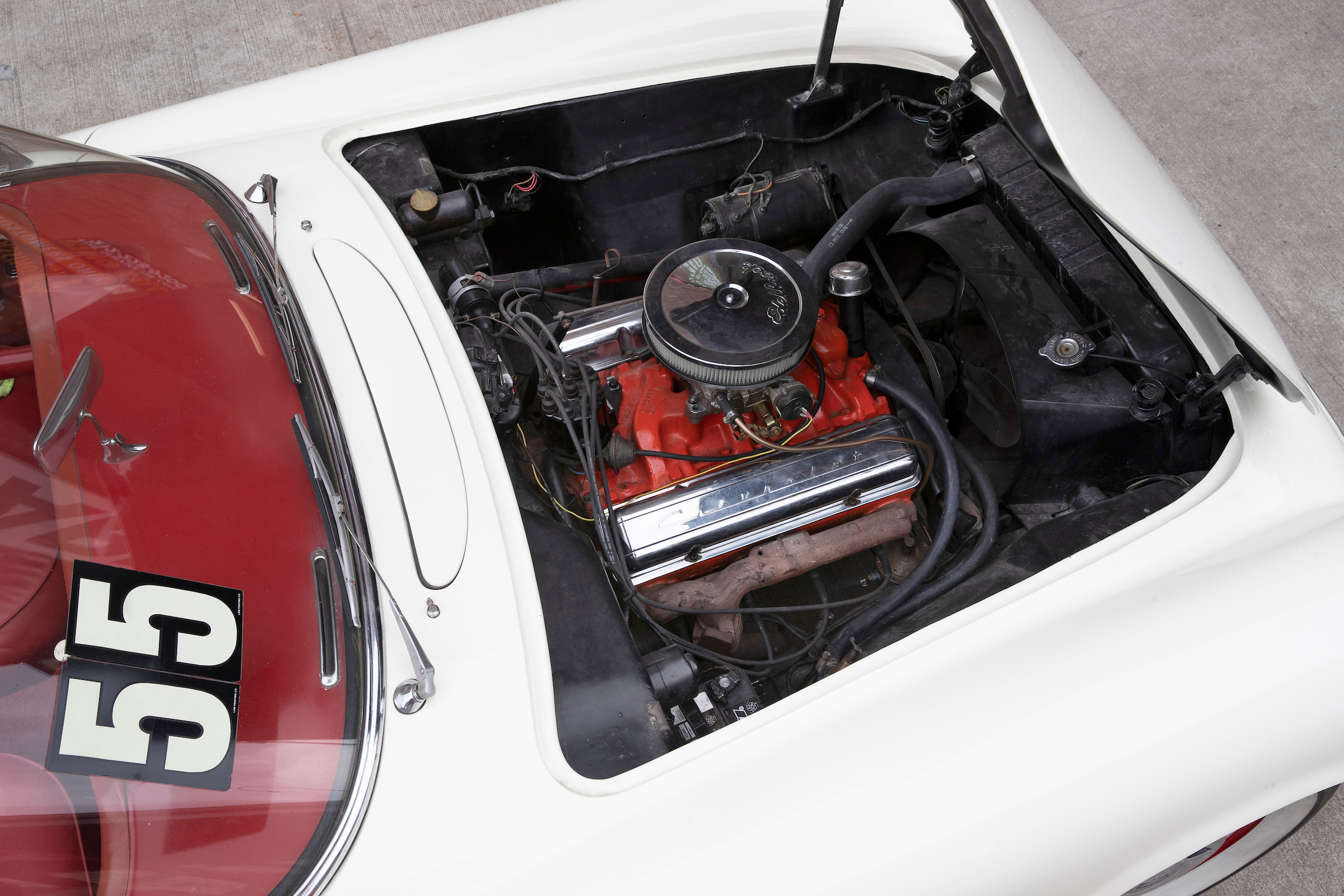 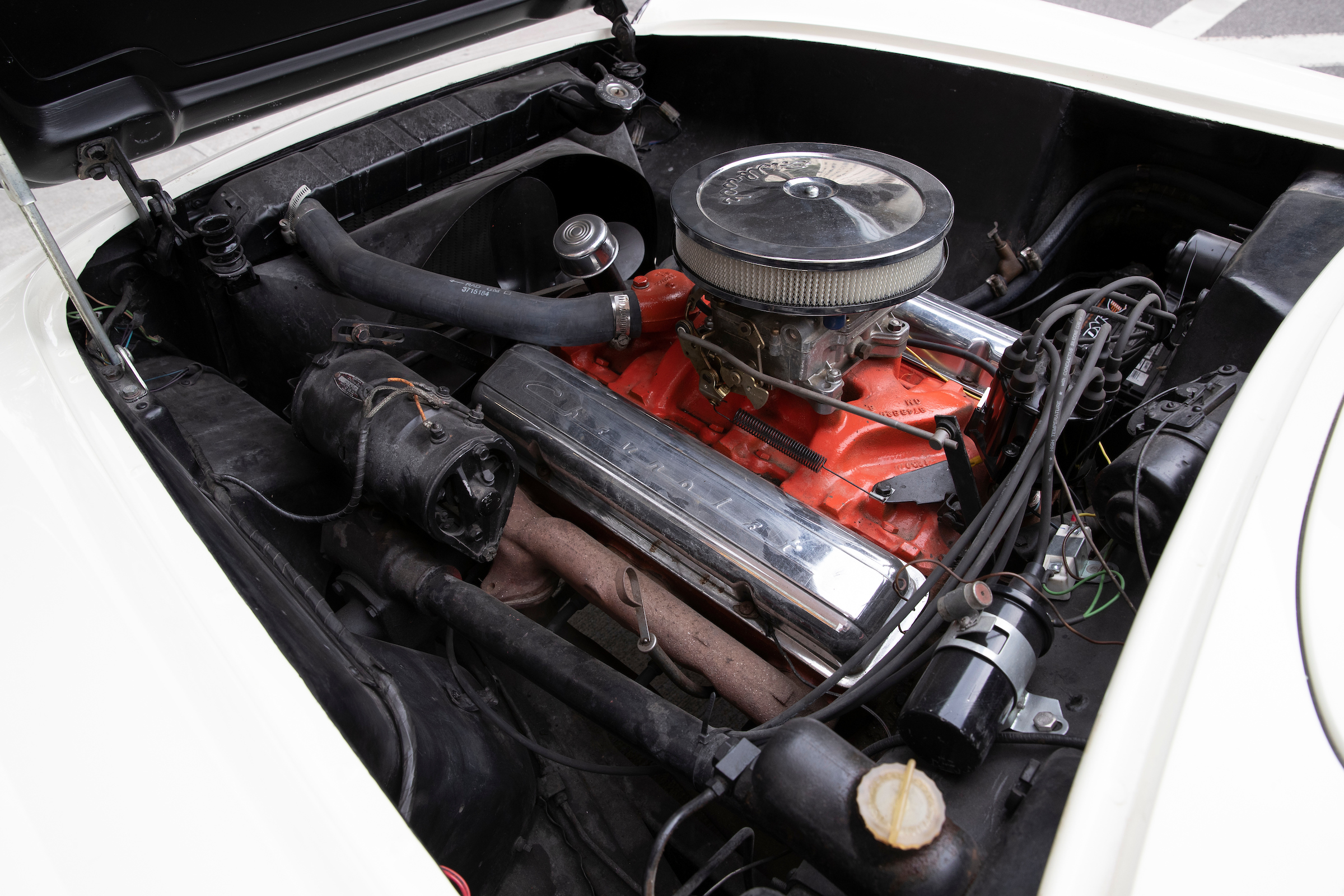 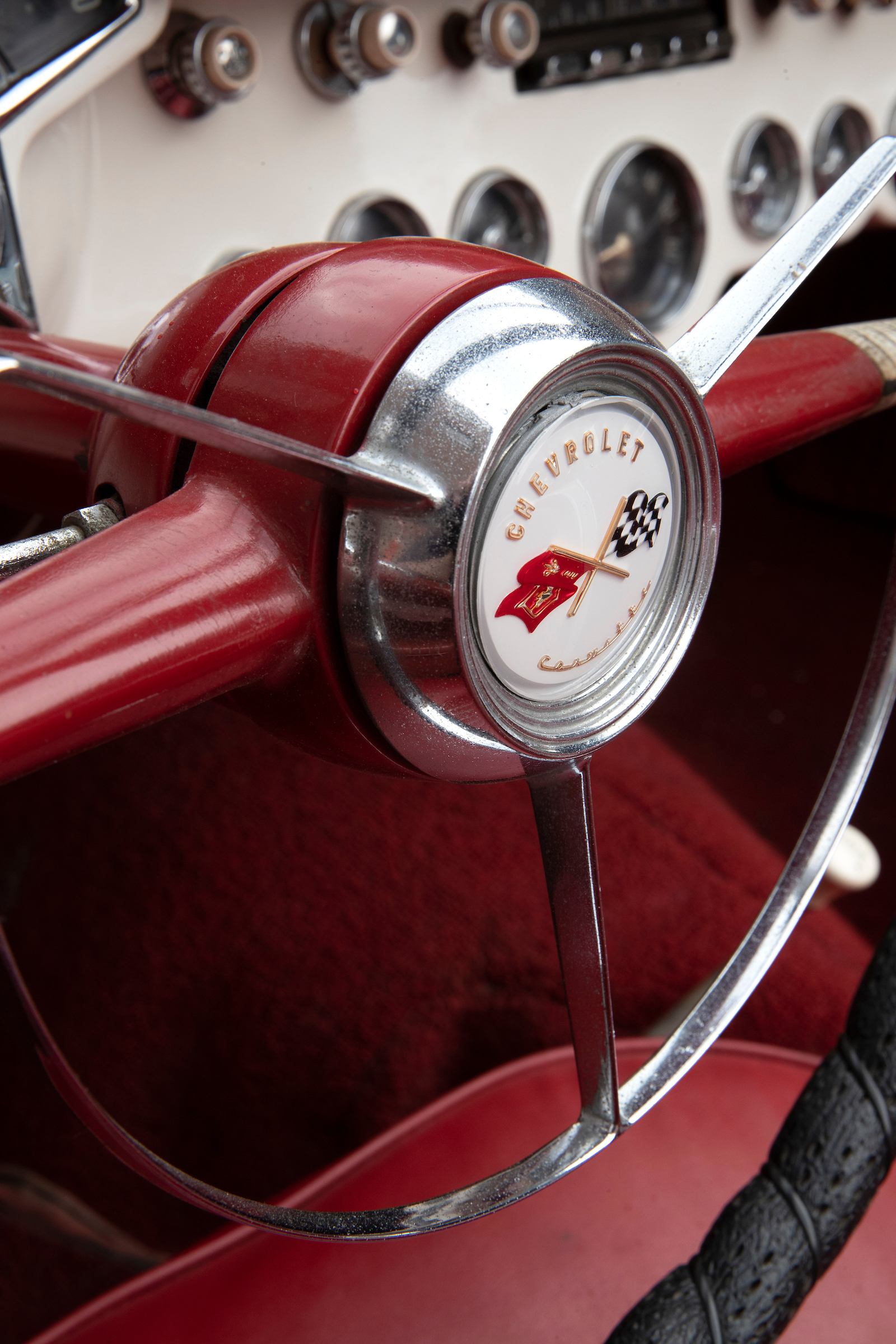 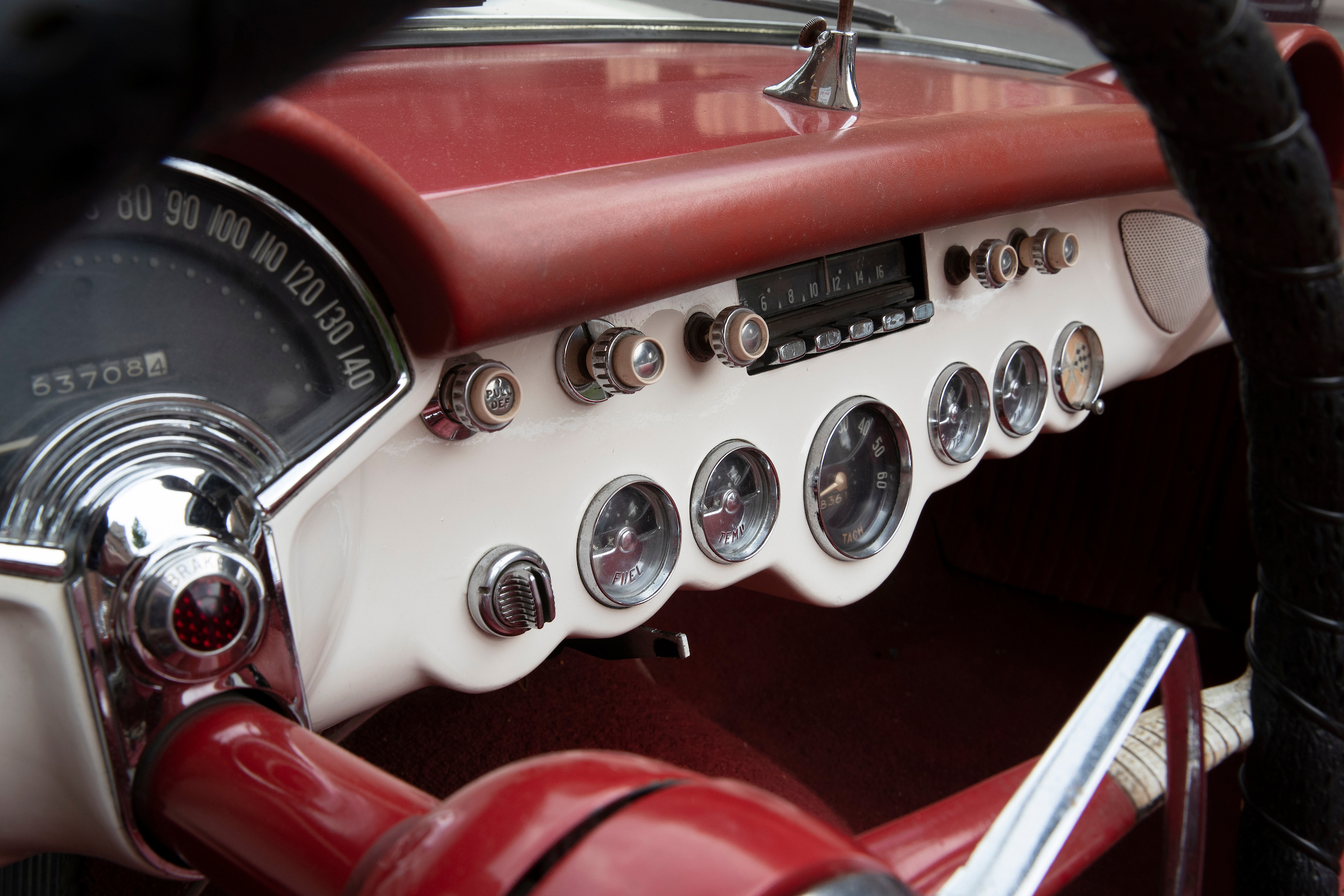 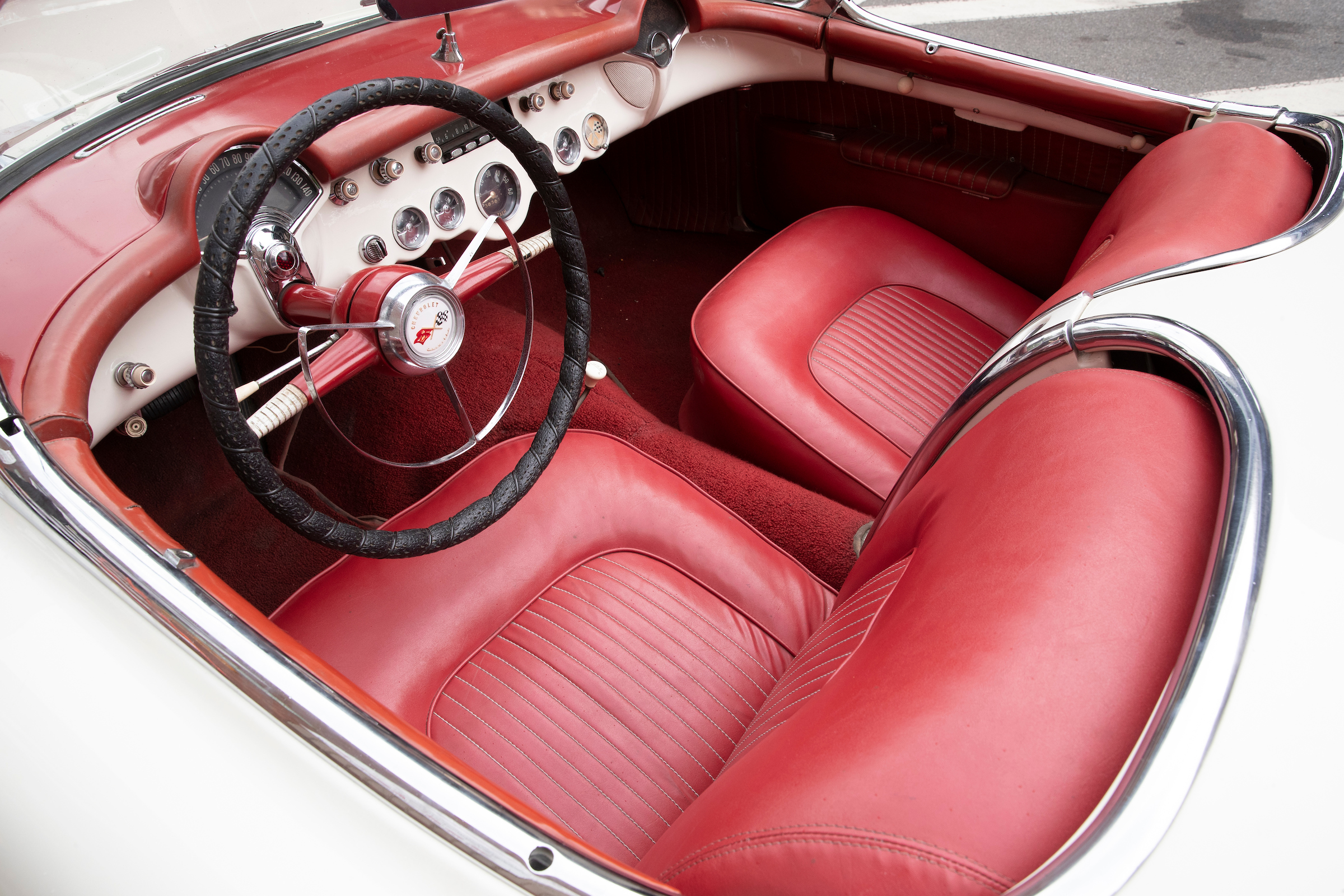 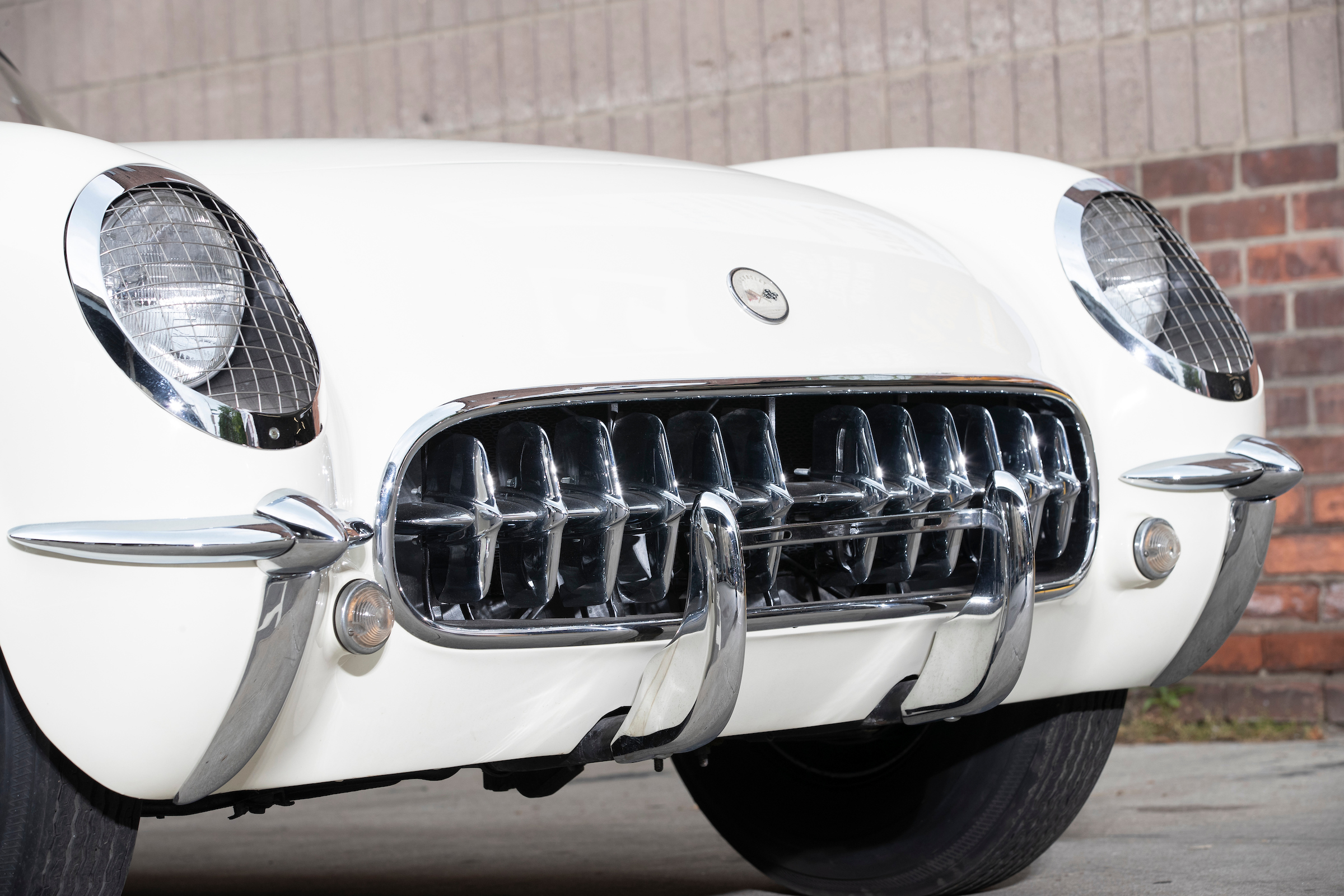 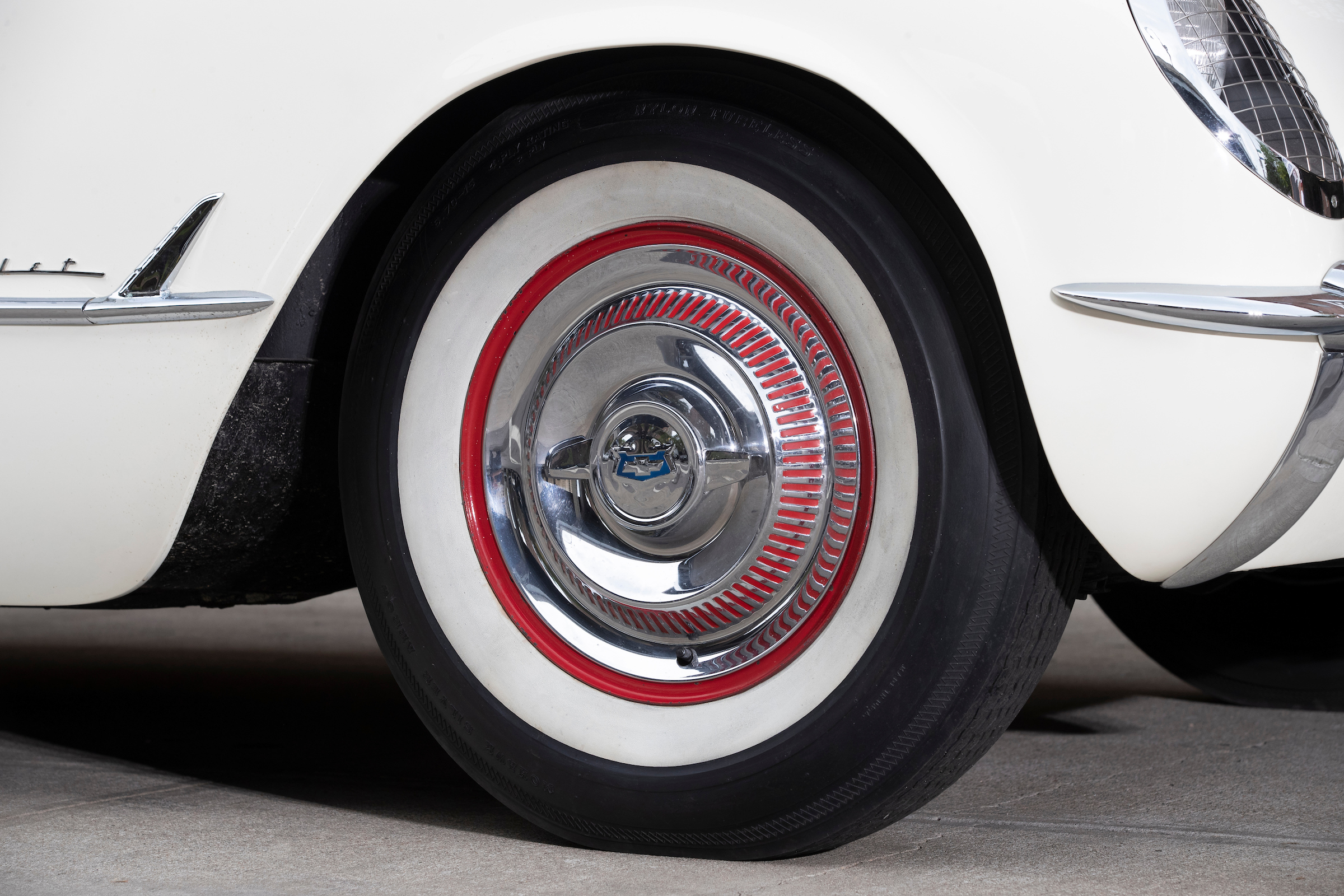 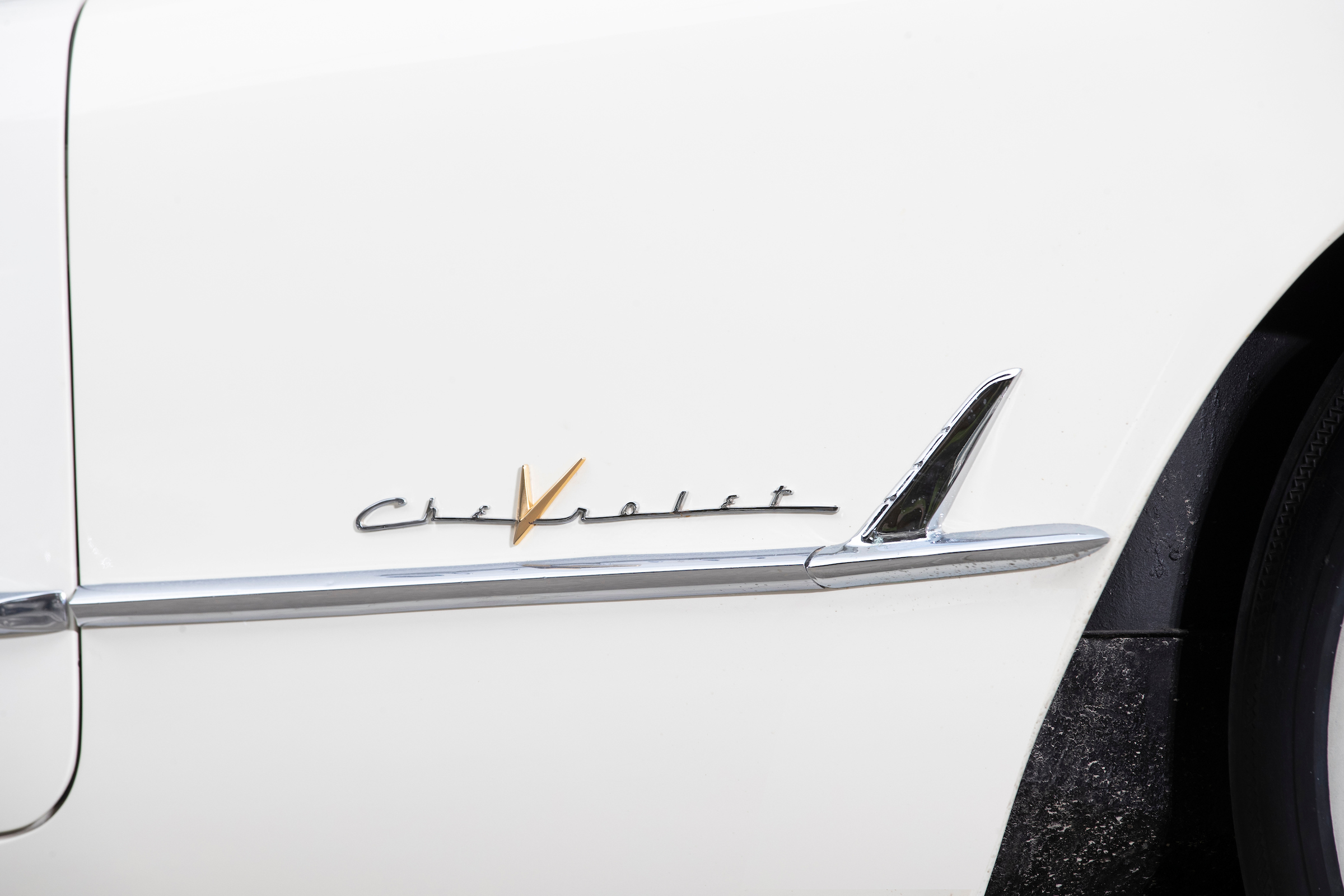 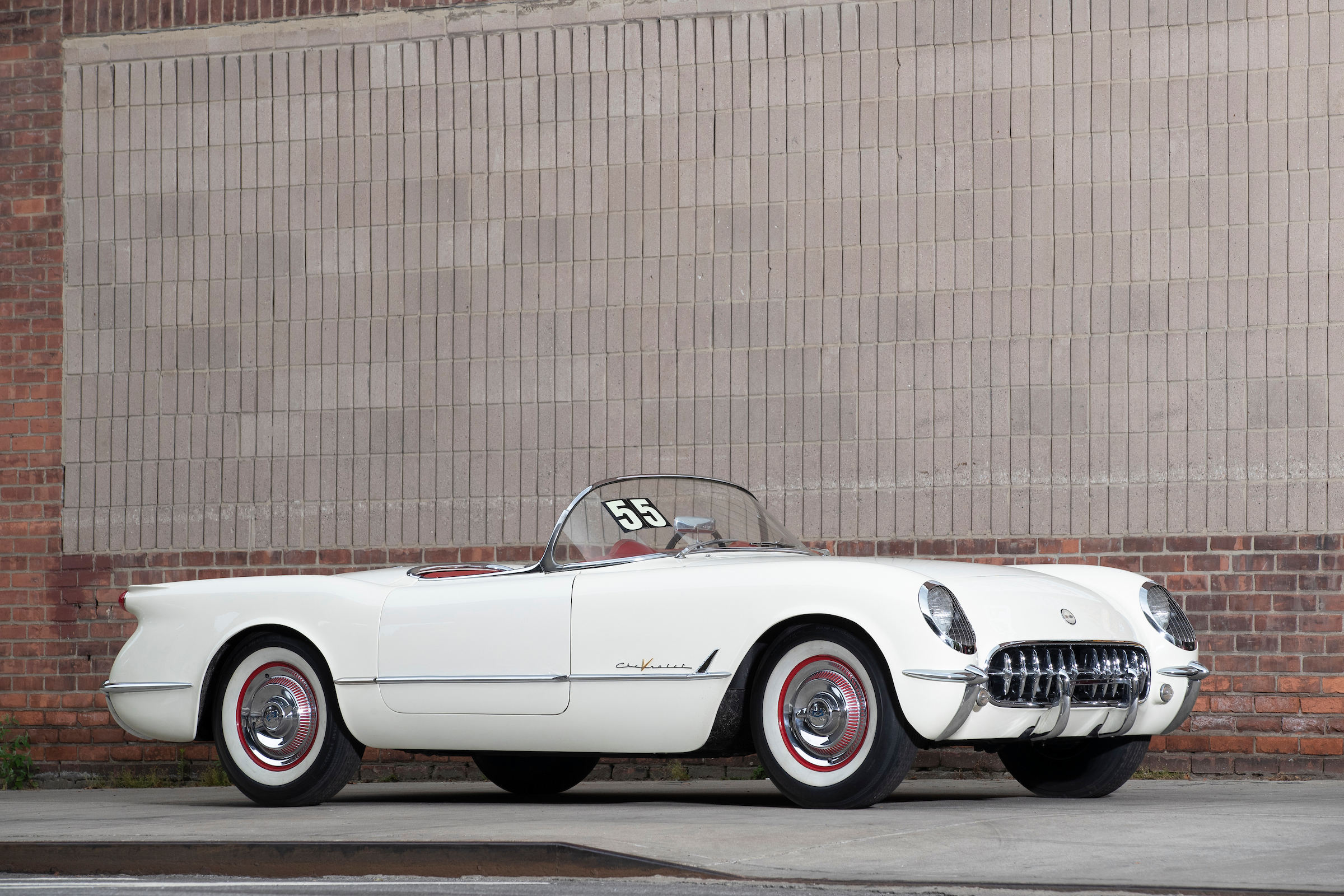 One of only 700 built and the first year a V8 engine appeared in a Corvette!

What may have saved the 1955 Corvette and all other future, is debated, but most feel there were several reasons. The first came was a rival, Ford Motors, debuted their own 2-seat sports car, the 1955 Thunderbird on September 23, 1954.

General Motors now had a fight on their hands and its executives and engineers knew they needed to win this battle for Detroit one-upmanship.

Edward Cole, GM’s Chevrolet Division Chief Engineer, led the battle by developing a new power plant and putting it into production of the 1955 Corvette. The amazing new 265-cubic inch small-block Chevy V-8. It had dual exhausts, a four-barrel carburetor, 8 to 1 compression ratio, a high-lift camshaft, was much lighter than the Six, and it made a whopping 195 horsepower.

Although you could still get the 1955 Corvette with the“Blue Flame Six,” the V8 was the hot setup. And that is what our 1955 Corvette has.

The interior of the Corvette has bucket seats with form-fitting rubber cushions, soft carpeting, arm rests, an instrument panel with key-turn starter, electric clock, tachometer, and hooded radio speaker. The1955 Corvettes featured an enlarged, gold "V" in the"Corvette" script on the front fender panels to show it had the newV8.

Both a manual three-speed and a specially modified Powerglide transmission was available as extra-cost options on the Six and V8Corvettes.

Another big factor that saved the 1955 Corvette joined theCorvette engineering team, Zora Arkus-Duntov. He joined General Motors in 1953 after seeing the Motorama Corvette in New York. Duntov was a veteran race car driver, automotive designer and engineer and knew how and what the Corvette was lacking. His significant changes would enable him to become known as “The Father of the Corvette.”

Even though it was a breakthrough year for the 1955Corvette with the new V-8, and the $2,934 window sticker, total production of both six-cylinder and V-8 models combined was a mere 700 cars.