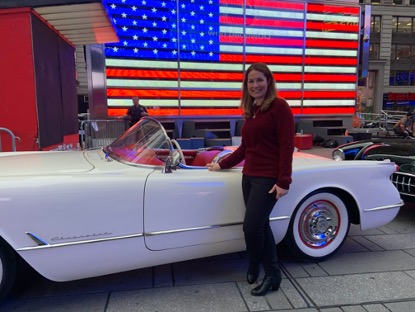 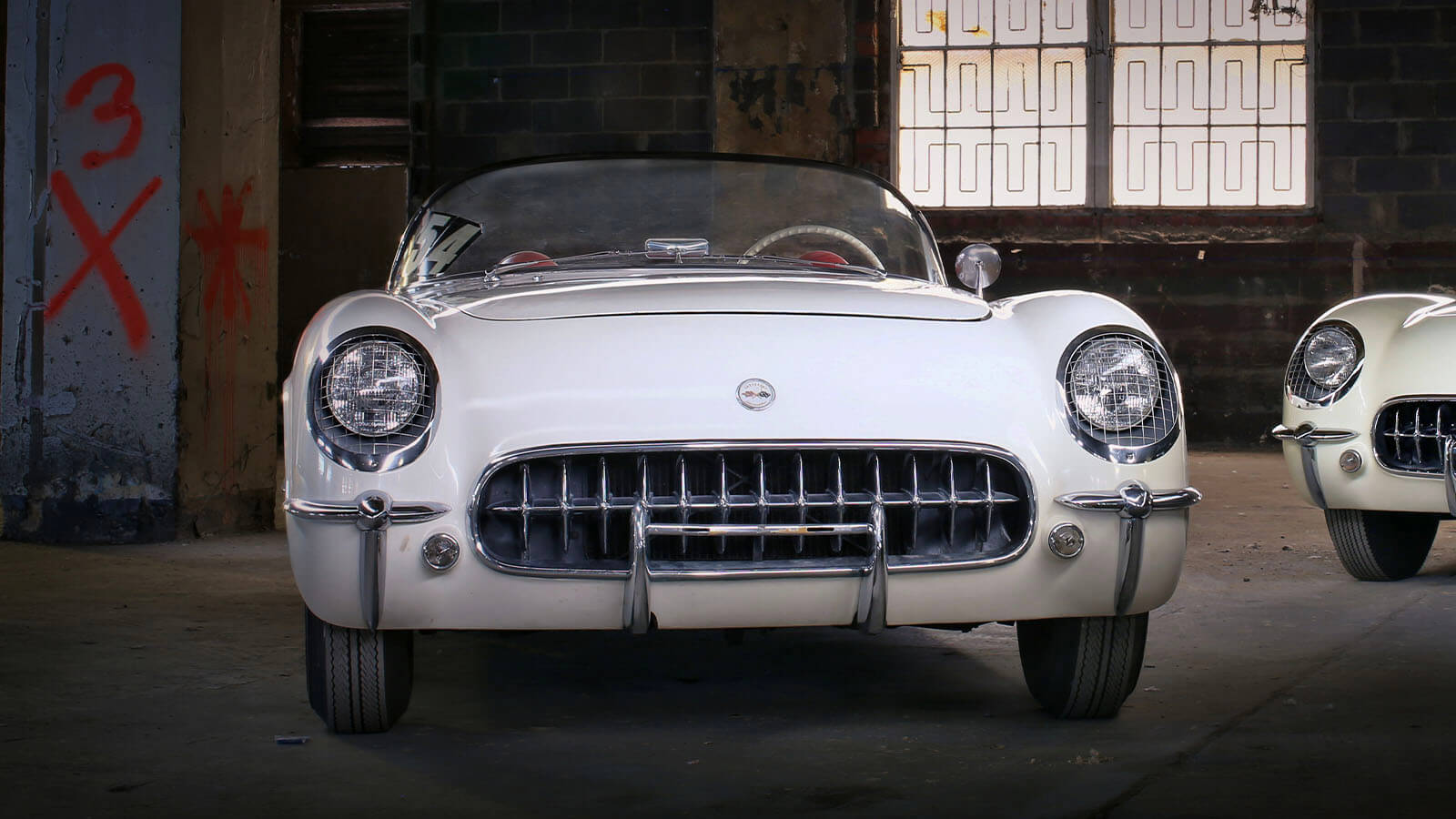 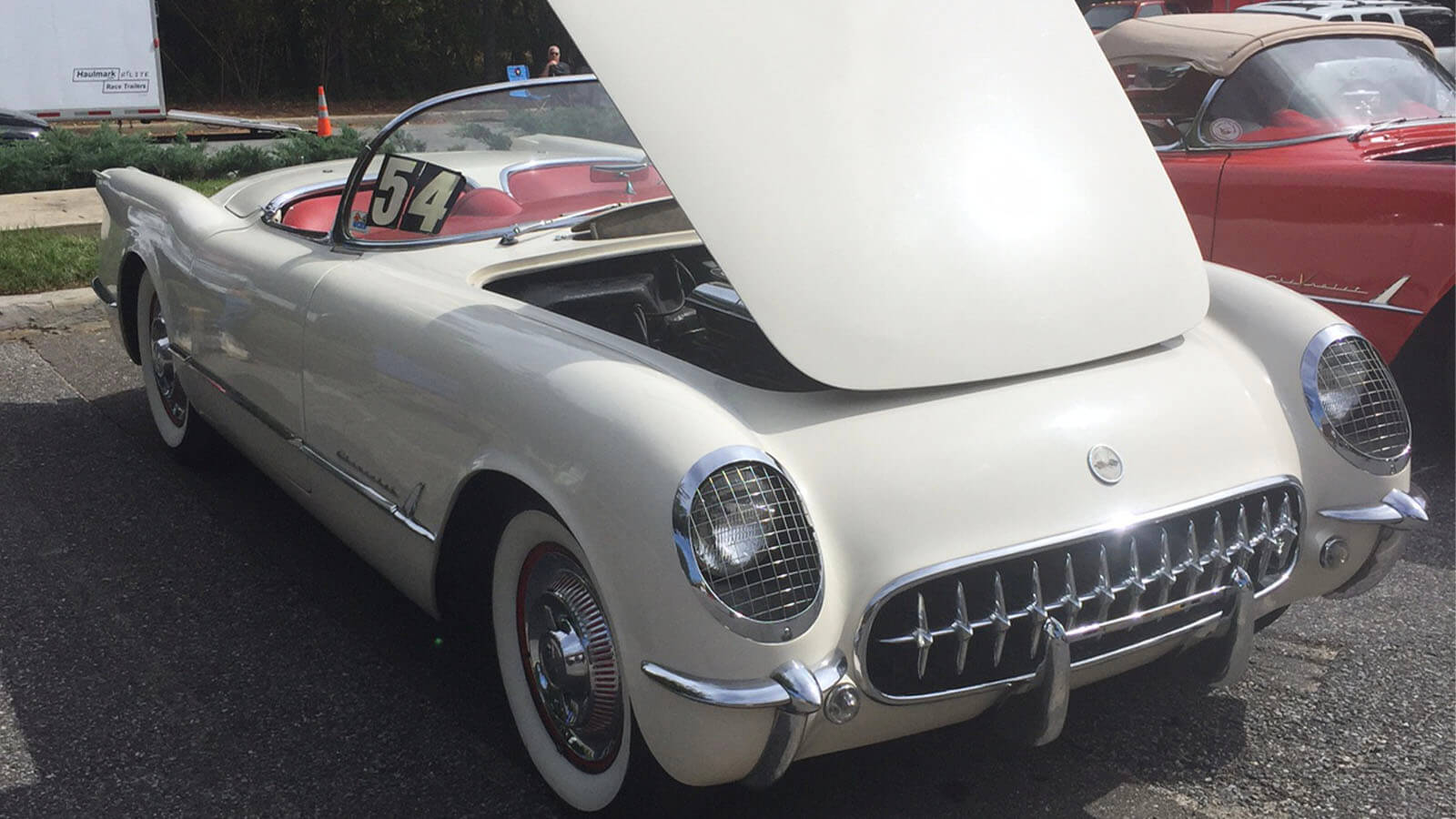 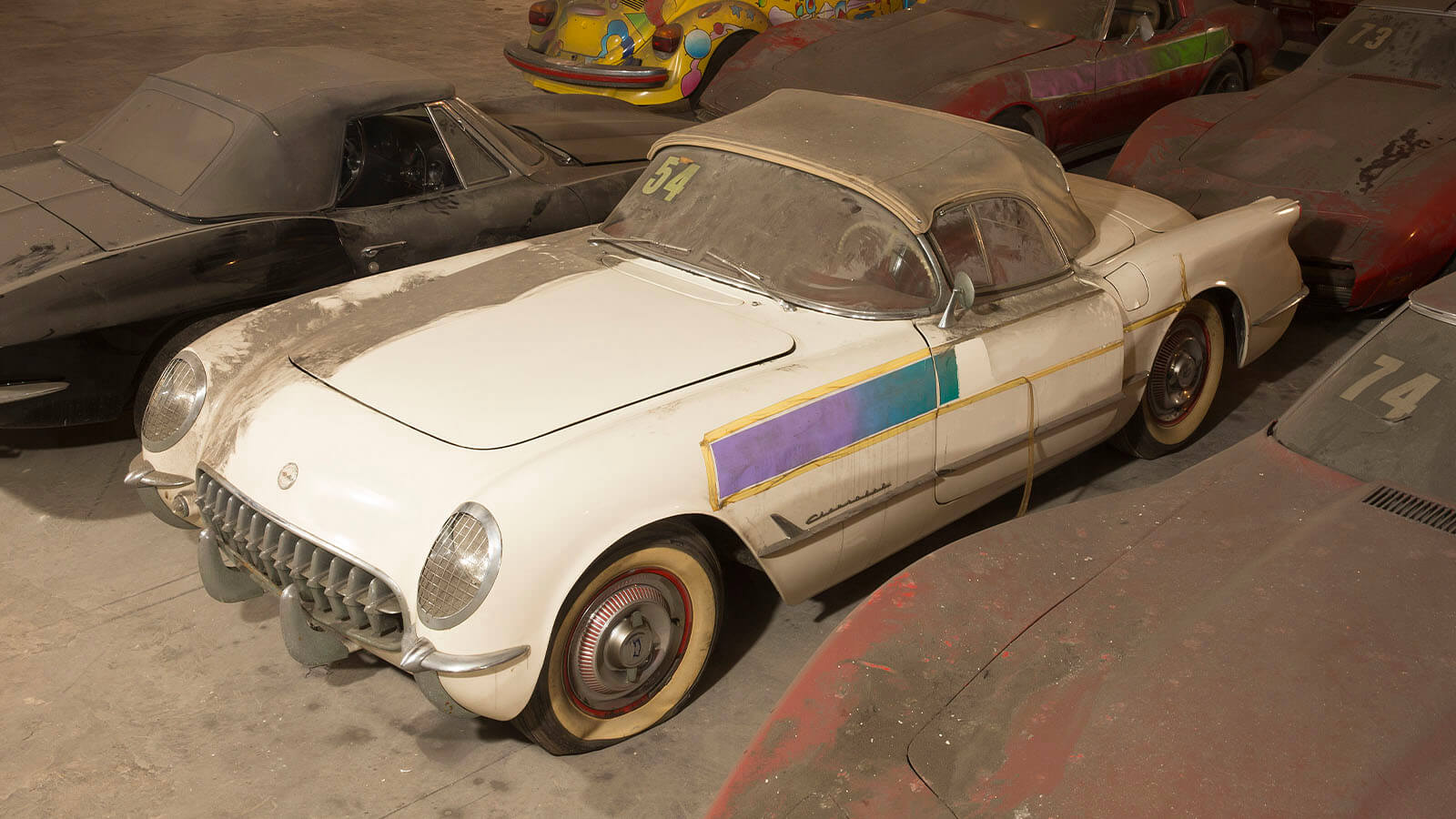 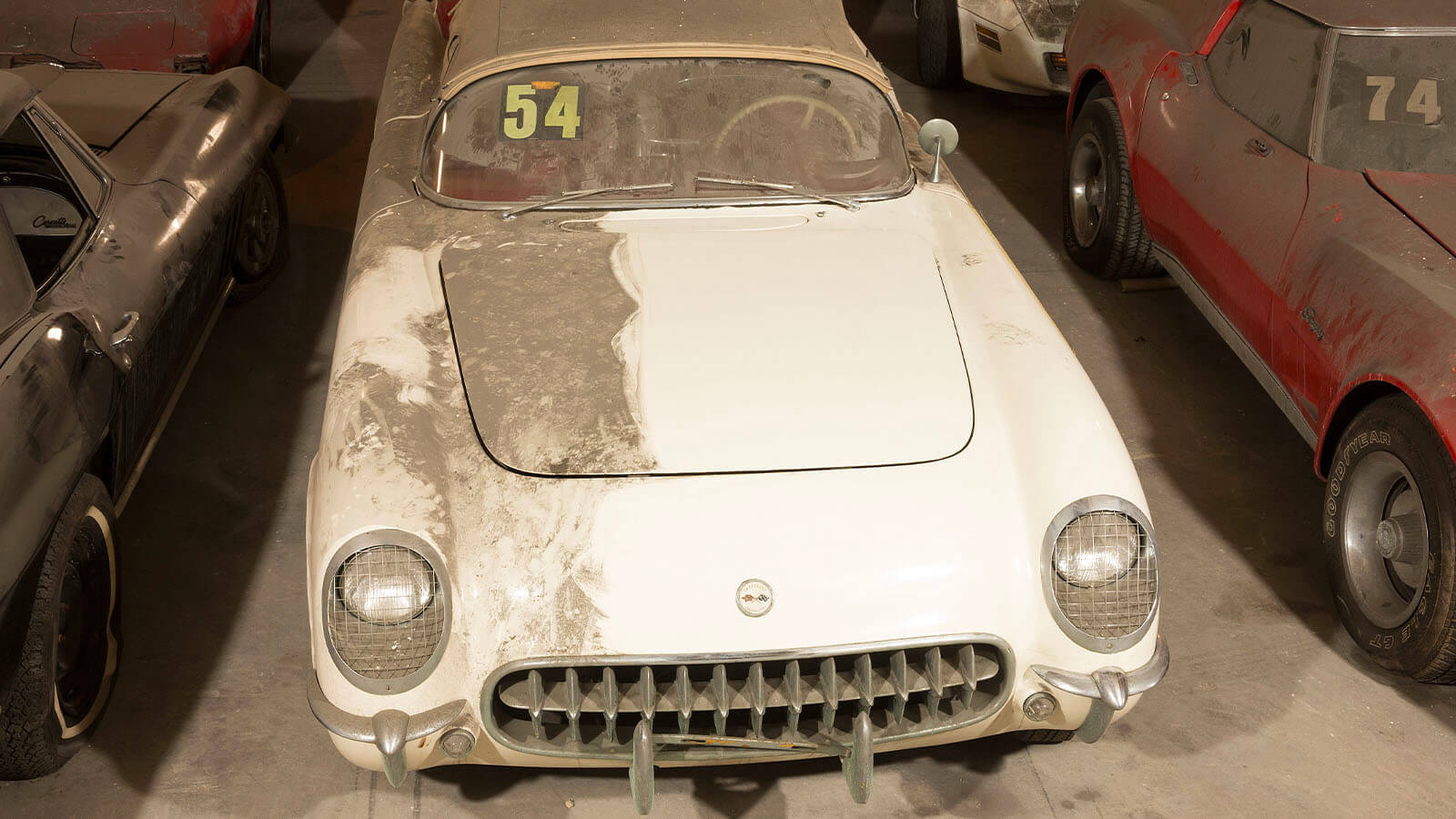 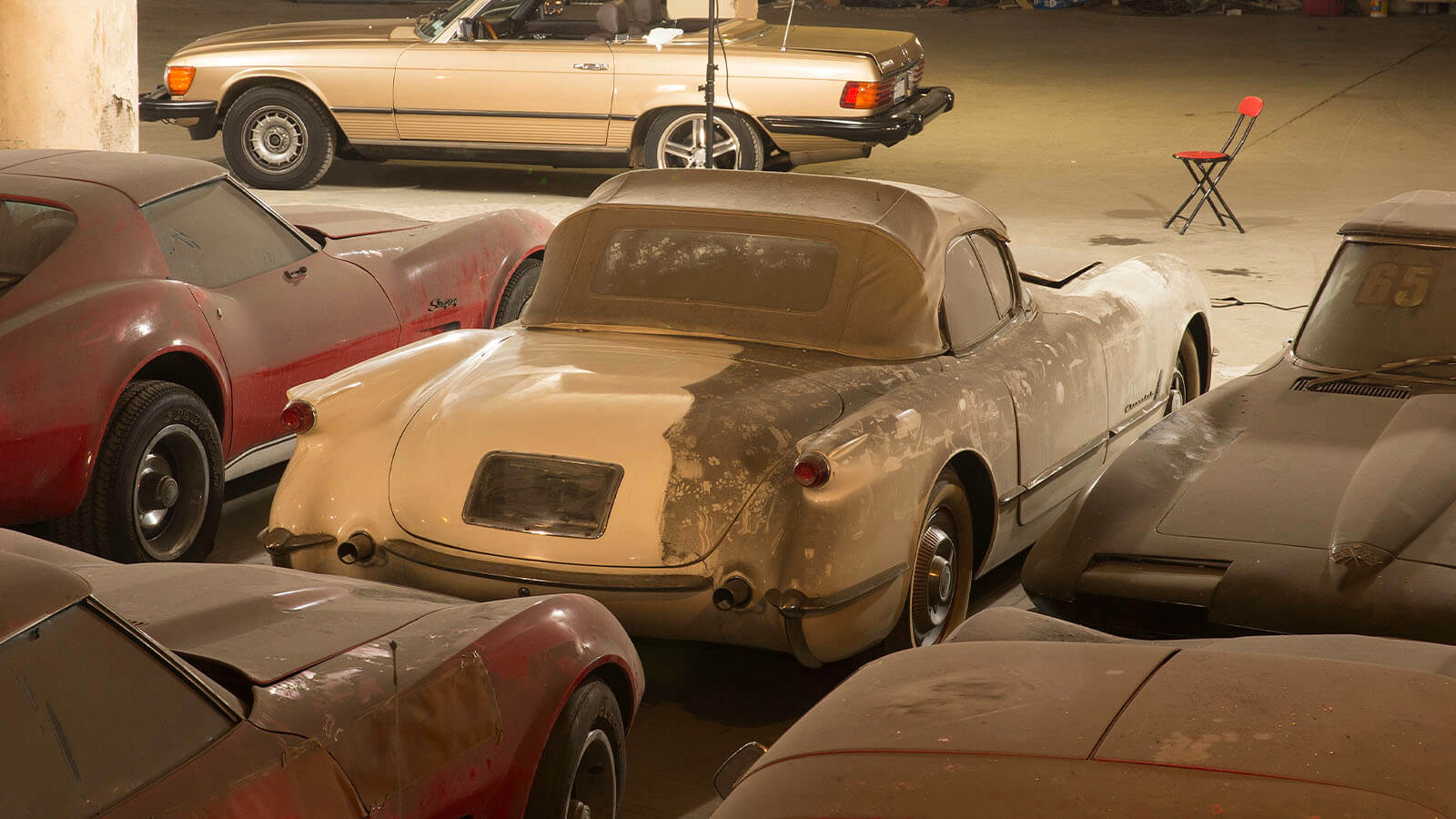 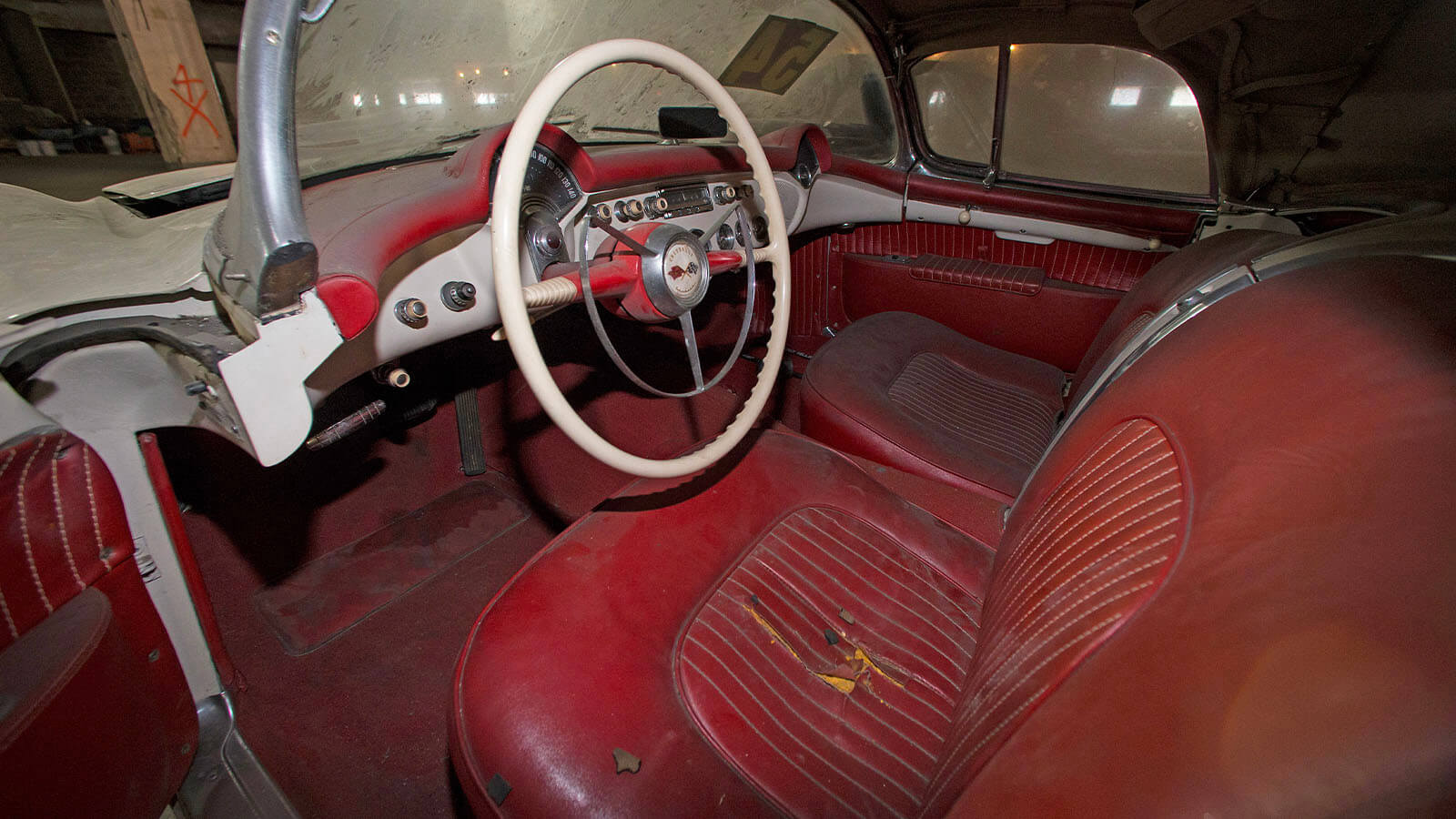 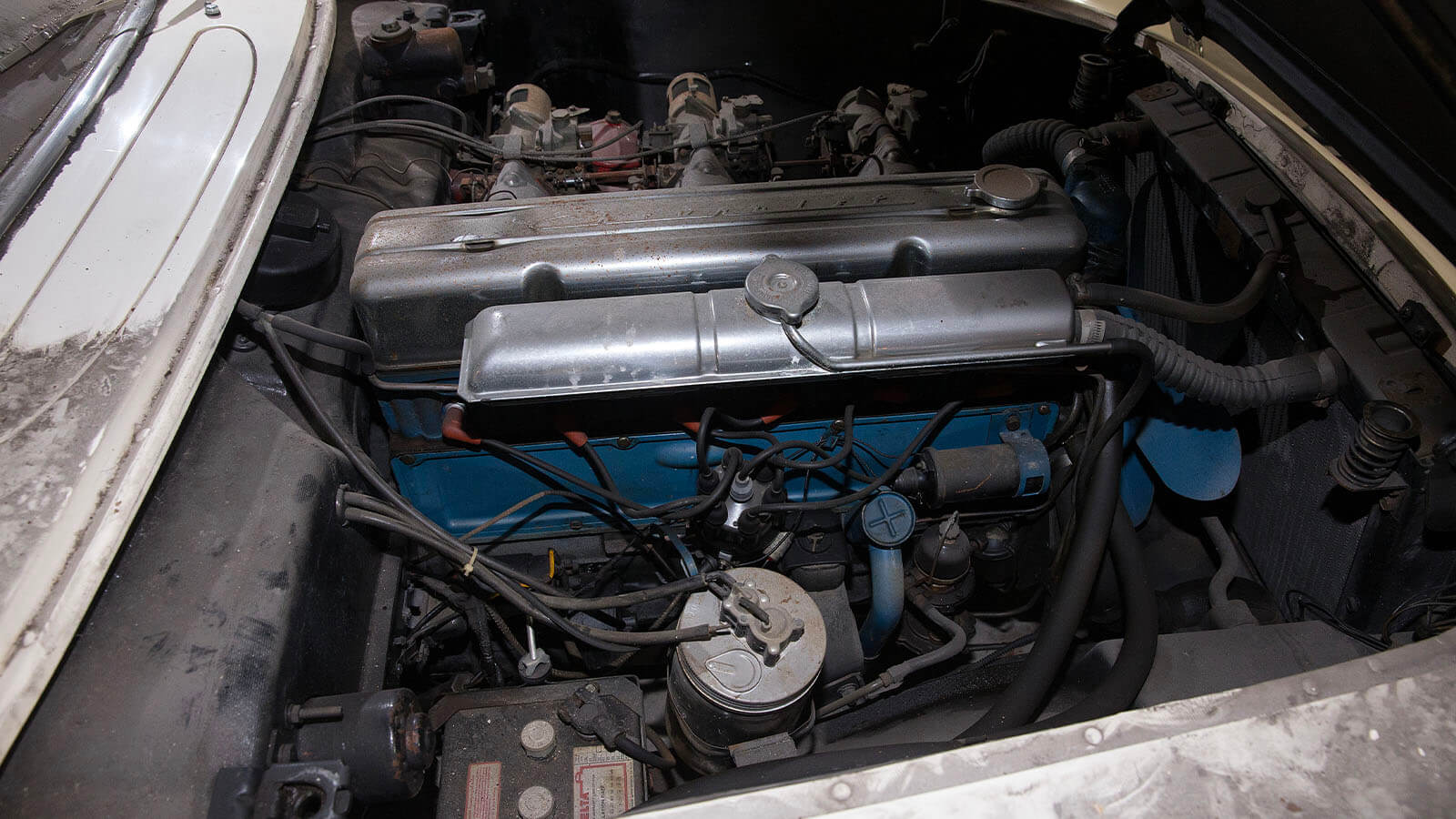 After the successful debut of the Corvette at the 1953 General Motors Motorama in New York City and the first run of 300 1953 Corvettes, the 1954 Corvette began production in December 1953.

The first 14 or 15 1954 Corvettes were built in Flint, Michigan as all of the 1953 Corvettes. GM shifted Corvette’s production to a newly renovated assembly plant in St Louis, Missouri that was designed to produce more than 10,000 Corvettes a year.

There were few changes between the 1953 and 1954 model Corvettes but they were made on the production line during the rest of the year.

The changes for the 1954 Corvette included a new camshaft that increased horsepower of the “Blue Flame” six cylinder from 150 to 155 hp, a new rocker-arm cover (some in chrome), a better designed wiring harness, dual air filters, a new type of starter, and improvements to the convertible top mechanism as well as the canvas tops and rails were changed from black to tan.

But perhaps the most notable change from the 1953 to 1954 models was the chance to order your new 1954 Corvette in a choice of different color options, Pennant Blue with a Tan interior, Sportsman Red with a Red Interior, Black with Red Interior, or like our give-away Corvette, Polo White with a Red Interior.

GM attempted to make the list price more competitive by lowering the advertised base price to $2774 for the 1954 models as a base model that could be ordered with options such as the Powerglide transmission, windshield wipers, and heater. Most 1954 Corvettes sold for around $3254.

Chevrolet had hoped that Corvette’s production would be as many as 1,000 units per month, but the actual number built for the model year was only 3,640, prompting discussions as to what the future would be for the 1955 Corvette, and all Corvettes after that.